Christopher Cerino Named Engineer of the Year in New York 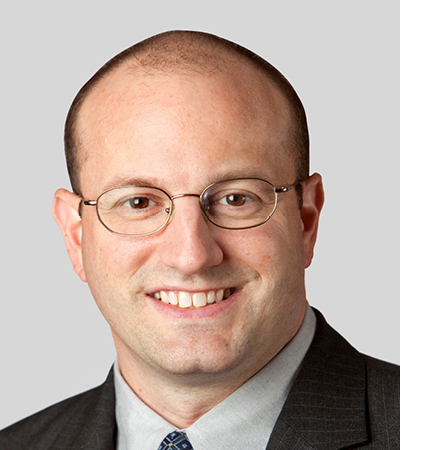 Since joining STV in 2010, Christopher Cerino, P.E., SECB, F. SEI, DBIA, vice president and director of structural engineering in New York, has made his mark on the firm, and the engineering community. He’s led structural engineering efforts for iconic, award-winning projects; has been an avid leader and steward for many of the organizations that make our profession tick; he’s devoted time to mentoring the next generation of engineers; and in recent years, he’s emerged as a renowned thought leader on one of the most pressing topics affecting our industry, our clients, and the communities we serve – resilience and adaptability for climate change.

It is with these accomplishments in mind that Cerino has received one of the highest regional honors in our profession, being named 2021 Engineer of the Year by the American Council of Engineering Companies of New York (ACEC New York). Cerino received this honor in June at the organization’s virtual annual meeting, “Celebrating 100 Springs.”

This prestigious award recognizes individuals for their leadership, innovation, and service to the consulting engineering industry and the greater New York community. Reflecting on all the various personal and professional challenges he and our industry have faced over the past year, Chris gives credit to his STV colleagues, as well as our clients and business partners, for his success.

“While this has been an amazingly difficult year, I am always impressed with the resilience of the professionals in our industry,” Cerino said. “I am in the presence of some of the best and brightest engineers in the world in our New York Metropolitan Region. I am truly honored by this recognition.”

At STV, Cerino has led the structural engineering component for such landmark projects as the Cornell University Mui Ho Fine Arts Library Renovation in Ithaca, NY; the Curtis High School Addition and Renovation in Staten Island; and Davis Barracks at the U.S. Military Academy at West Point, NY. He is also heading the structural engineering design team for the new Terminal One at Newark Liberty International Airport in New Jersey, which is currently under construction.

In addition to this work, Cerino and his team have been key contributors to the national conversation on resilient design and the impacts of global climate change on critical infrastructure. Following Superstorm Sandy in 2012, which caused billions of dollars of damage to the New York Metropolitan region, Chris has helped lead the development of several innovations for clients such as New York City Transit (NYC Transit), the Port Authority of New York & New Jersey, NJ TRANSIT, the New York City School Construction Authority, the New York State Office of General Services, Con Edison, and others. These designs have led to hardening measures being implemented throughout the Northeast at such facilities as the NYC Transit Coney Island Yard, the NJ TRANSIT Hoboken Yard and Ferry Terminal, and the South Beach Psychiatric Center.

In addition to these contributions, for the past seven years, Cerino has been a member of ACEC New York’s Structural Code Committee, which represents the interests of consulting engineers in building technology matters in relation to structural building codes and standards. He was appointed a Fellow of the Structural Engineering Institute, a subgroup of the ASCE, in recognition of his long-standing leadership and mentorship within the structural engineering profession. He is also currently serving as vice chair of the Structural Engineering Certification Board, which promotes S.E. certification and licensure throughout the industry, and is the board treasurer for the National Council of Structural Engineers Associations.

Cerino has even found ways to apply his professional background in serving the community. For more than two decades, he has worked alongside members of his church in Westfield, NJ, to provide help to communities impacted by natural disasters such as hurricanes and floods. Such visits include repairing and, in some instances, completely rebuilding homes in an area of North Carolina that was damaged by Hurricane Matthew in 2016. It was the first Category 5 Atlantic hurricane to strike the U.S. since 2007. In 2015, Chris and other volunteers travelled to Estes Park, CO, where nearly 19,000 homes were damaged by flood waters. There, the group repaired and rebuilt homes.

Following the announcements of his recognition from ACEC New York, STV’s leaders noted that Cerino’s passion for his work and serving his industry makes him a worthwhile choice for Engineer of the Year.

“This is a well-earned recognition for Chris, whose leadership and engineering acumen have long been a valuable asset to our firm,” said Jon Miller, AIA, LEED AP, STV executive vice president. “He also serves as a mentor to our early career professionals and sets a great example via his community service and industry involvement.”