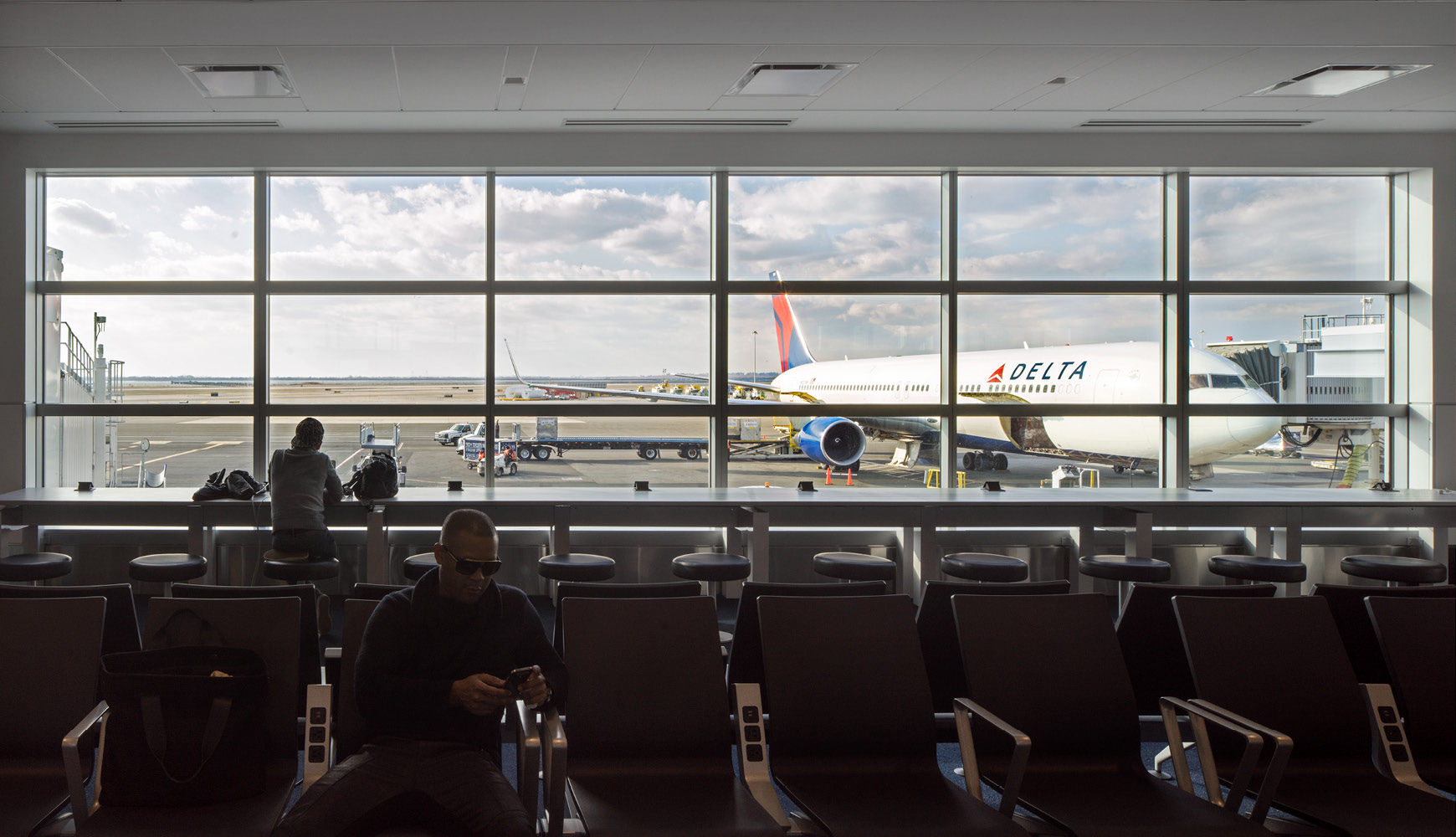 John F. Kennedy International Airport (JFK), in Queens, NY, is among the nation’s most vital transportation hubs. In 2011, it was called the busiest international air passenger gateway in the United States by the U.S. Department of Transportation. More than 80 airlines operate at the airport.

JFK’s Terminal 4 is one of the airport’s busiest hubs for international travel. It serves more than 30 airlines carrying millions of passengers annually. Just this past year, more than 16 million travelers passed through the terminal.

Since 2011, STV and its joint venture partner, Satterfield & Pontikes (S&P), have been performing a number of construction management roles on behalf of Delta Air Lines for Delta’s $1.3 billion multi-phase redevelopment at Terminal 4 at JFK.

“The improvements being made at JFK are unprecedented in terms of size, scope and complexity,” said Steven Pressler, P.E., executive vice president and chief operating officer of STV’s Construction Management Division. “This program is poised to change the landscape of air travel in New York.”

Construction of the original Terminal 4 at JFK was once described by the New York Times as “a process not unlike performing open-heart surgery on a patient who is simultaneously running a marathon,” due to its proximity to the heavily trafficked International Arrivals Building. But this analogy also applies to the current reconstruction efforts at the airport. 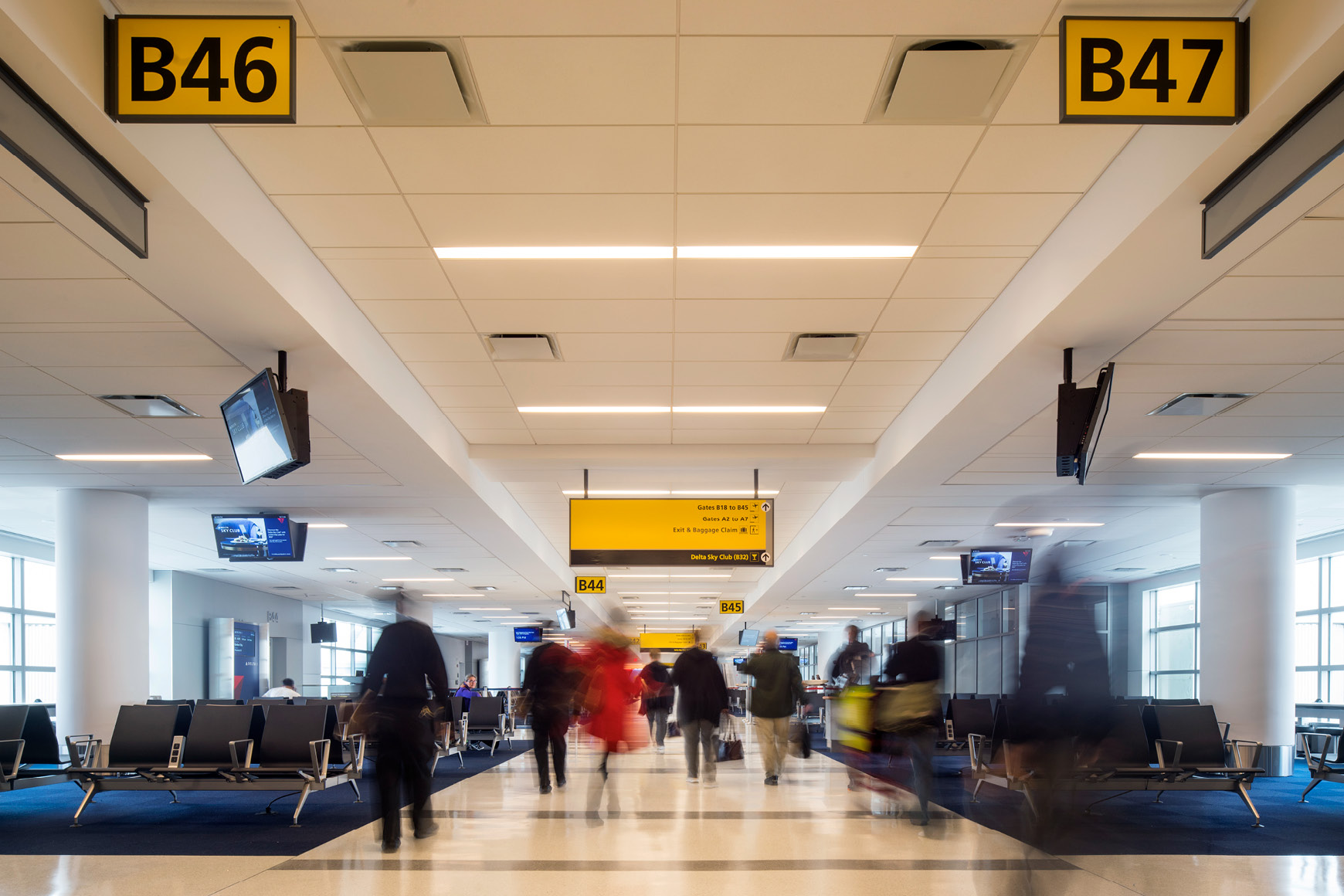 STV’s project team had to contend with stringent security measures imposed by the airport during this massive reconstruction program.

For the initiative’s first phase, which concluded in 2013, STV/S&P served as the owner’s representative overseeing multiple construction management (CM) and general contractor teams.  Work at Terminal 4 included a 360,000-square-foot extension on the end of the current concourse B and expansions to the east and west sides of the terminal’s head house; extensive bag-handling system modifications and expansion of the 131,000-square-foot security area; construction of new escalators, stairs, elevator piles, concrete foundations and a security screening platform. In its role, STV/S&P made sure that all of the contractors were performing efficiently in the field in terms of planning, coordination, estimating, scheduling, BIM (building information modeling) and cost control.

“It was imperative for the facility to remain operational during the second phase, so as not to disrupt the enormous amount of air traffic emanating from and arriving at the terminal,” said Ross Krause, P.E., an assistant project manager with STV’s Construction Management Division in New York. “Our project team also had to contend with
stringent security measures that were imposed by the airport. Workers were bused to the construction site from a remote parking lot and material deliveries were coordinated so as not to interrupt traffic flow or interfere with the public use of the terminal. All workers and materials – including tools – went through a security check upon arrival.”

One of the most complex pieces of the project was the installation of an “in-line” baggage screening system, which necessitated replacing more than 6,000 linear feet of the existing baggage conveyor.  The new screening machines, computer control system and conveyors were installed in such a way that the luggage from all the airlines would continue to be screened and transported to the correct gates in time for their flight departures.

One of the joint venture’s most effective tools was using BIM software during construction. For this initiative, S&P developed proprietary software that allows construction management firms to integrate the 3-D model with the project schedule and budget during construction. The joint venture team was then able to measure progress in the field based on this model. Every time a bulletin or change was issued, the model was updated, allowing the joint venture team to compare the construction quantities and costs. This provided a major benefit when negotiating change orders with contractors because all quantities were known...

To finish reading this article and more, please download the latest issue of STVink on your tablet device: