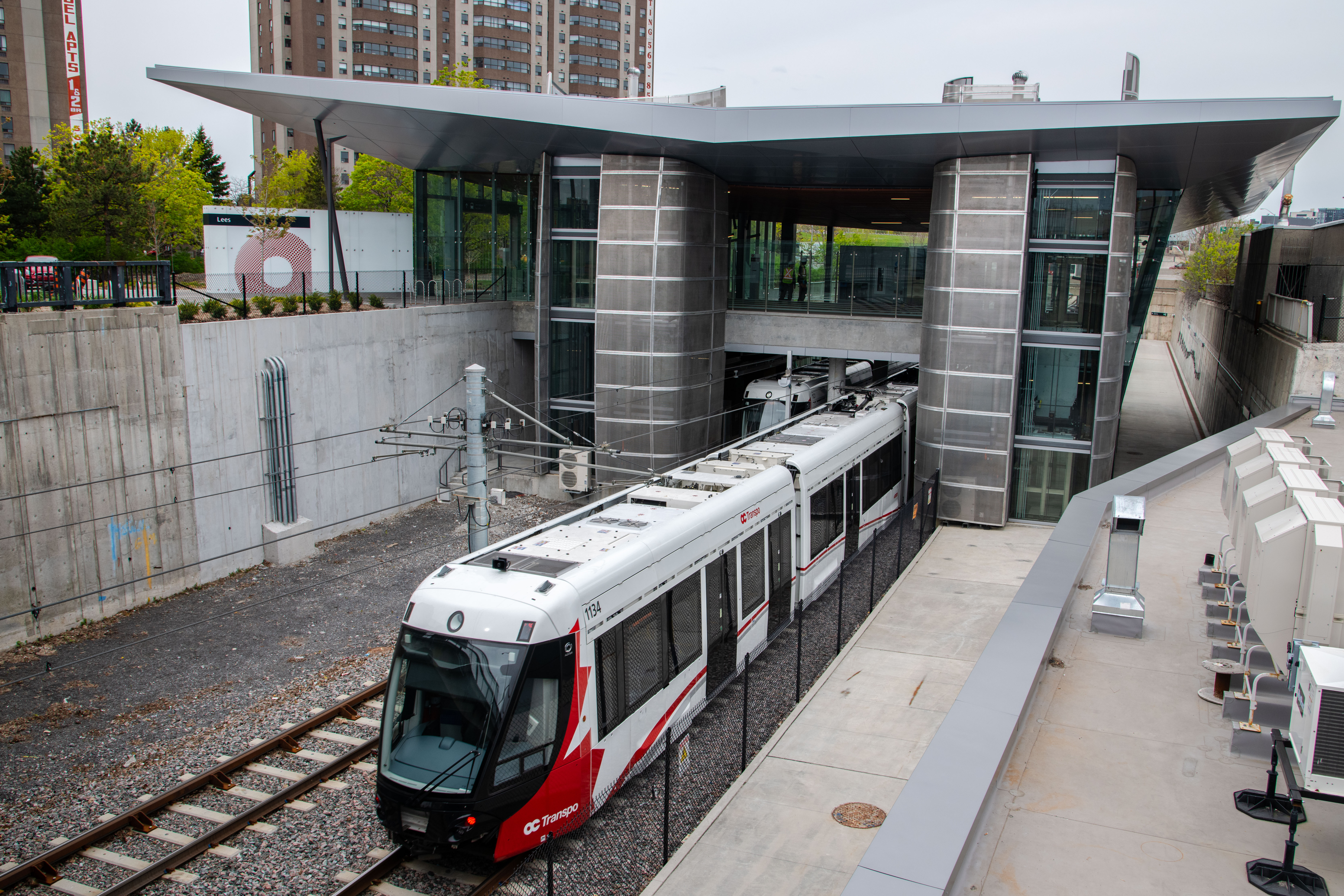 “This was a transformative program for the City of Ottawa and stands to have far-reaching benefits for residents and commuters,” said Martin Boyle, executive vice president of STV’s Transportation & Infrastructure (T&I) Division. “Capital Transit Partners was an instrumental partner with the City of Ottawa and other key stakeholders to help make this new transit service possible. We worked closely with our client to find value and to help create a service that can meet both the current and future needs of its users.”

“The Confederation Line is a world class mass transit system that will serve the capital city of Ottawa for decade into the future,” said Richard Amodei, STV senior vice president and Northeast Regional Manager in the firm’s T&I Division.

The Confederation Line runs 12.5 kilometers and connects Ottawa’s Tunney’s Pasture and Blair Stations. The project consists of 13 stations – three of which are located within a 2.5-kilometer twin-track tunnel under downtown Ottawa – a new vehicle maintenance and storage facility, new light rail transit vehicles, traction power substations and other associated infrastructure. The contract was procured by the City of Ottawa through the design-build-finance-maintain delivery method with the Rideau Transit Group and OC Transpo, the operator.

Initial ridership forecasts determined that the Confederation Line would serve upwards of 10,700 passengers per hour in each direction during peak travel times. With Ottawa’s population expected to increase by at least 30 percent by 2031, it was critical for the system to be developed so that existing infrastructure could meet current demand while remaining responsive and adaptable to the anticipated surge in ridership growth. Additionally, Ottawa’s existing BRT service remained operational and fully functional during the construction of the light rail network.

To help meet these needs, Capital Transit Partners utilized a design to operate/maintain approach during the preliminary design phase which found operational efficiencies, while also saving the client costs. Station platform length were optimized to minimize the project’s physical footprint while a higher capacity signal and traction power system was designed to meet ridership demand during peak travel periods. The strategic relocation of interlockings and track crossovers allowed the client to have a wider window for system maintenance, which will benefit the Confederation Line over the long-term.

To address concerns with the existing BRT network, the joint venture worked with the client to structure its contract with the construction team so that no bus lanes were closed until a new alternative lane was designed and built. In Ottawa’s downtown, where buses still intermingle with vehicular traffic, a new twin-track tunnel was designed and built to alleviate congestion.

The Confederation Line program also stands to benefit the city and its environment in other ways. The service runs zero emission electric trains that reduce carbon dioxide emissions and are significantly quieter than diesel-powered buses. The Confederation Line was designed and built to better integrate with Ottawa’s bicycle infrastructure network – which was also expanded as part of this larger transportation improvement plan. New cycling and pedestrian pathways connect to the line’s stations, and both the stations and vehicles accommodate commuters who bike to work.