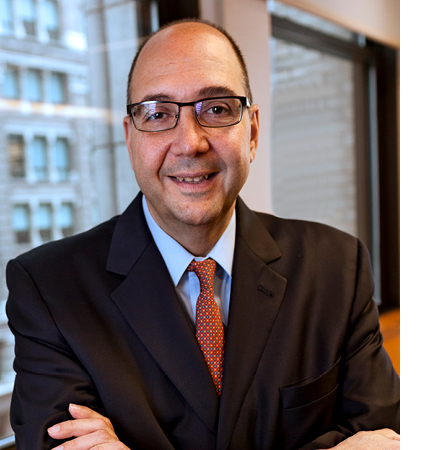 Riverso is president and chief executive officer of STV, a leading engineering, architectural design, planning, and construction management firm. He joined STV in 2005 as senior vice president of its construction management division, eventually becoming president of the firm in 2009, and chief executive officer two years later. During his tenure, STV has grown geographically, taken on increasingly complex assignments, and has seen its revenue increase by more than 70 percent.

Earlier in his career, Riverso served as president and chief executive officer for the New York City School Construction Authority. In that position, he supervised the agency’s staff of 900 employees who were responsible for the planning, design and construction of capital improvements and new construction of New York City’s 1,199 public schools.

“It is a tremendous honor to be elected chair of the New York Building Congress,” said Mr. Riverso. “Thank you to the board of directors for their faith in me and to Richard Cavallaro for all the incredible work he has done over the past two years. This is an exciting time for the construction sector in New York, and as chair, I look forward to working with Carlo, the board and our membership to take the Building Congress and the entire industry to even greater heights. Together, we will build a better New York.”

Upon completing his two-year term, Mr. Cavallaro, who is president and CEO of Skanska USA Civil, said, “It has been a privilege to serve the Building Congress, especially during a period of record construction activity throughout the five boroughs. I look forward to continuing to work with Milo and all my Building Congress colleagues as we look for innovative ways to advance the industry.”

“The Building Congress – and the entire design, real estate and construction industry – is strong because our leaders are strong, and that begins with Milo Riverso, Richard Cavallaro, our executive committee and our board of directors,” said Building Congress president and CEO Carlo A. Scissura. “These men and women contribute greatly to the vitality of the organization and exemplify the very best of the building community in New York.”