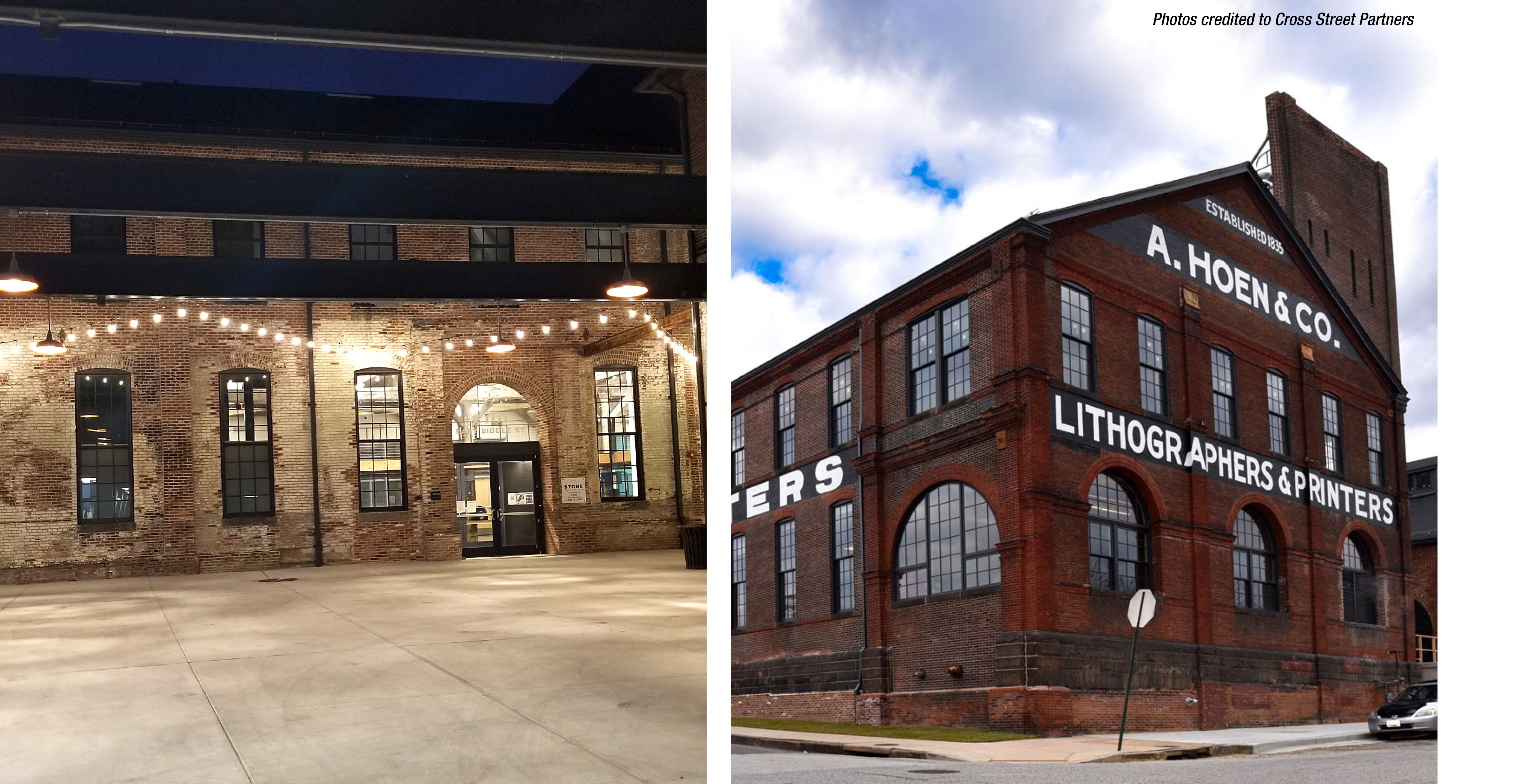 When Walter Zawislak, P.E., LEED AP, project manager in STV’s land development group, and Sharon Huber-Plano, P.L.A., LEED AP, associate and senior landscape architect, first toured the A. Hoen & Co. Lithograph Building campus in Baltimore, they were immediately struck by its history and potential. But they also recognized the amount of work that would be needed to transform the campus’s three historic buildings and two warehouses into a functional facility that meets the needs of the client.

A. Hoen & Co a lithography firm that opened its doors in Baltimore in 1835, produced everything from National Geographic maps to baseball cards, until the firm shuttered its doors in 1981. The factory site was then abandoned and neglected for years, until a new plan was put forth that would dramatically change the property. The centerpiece for this redevelopment was the creation of a new home for the Center for Neighborhood Innovation (CNI), an interdisciplinary group of entrepreneurs, nonprofits, service providers and community members that aspire to bring enhanced educational and job training resources to students and workers in underserved areas of Baltimore.

STV, in concert with project developer Cross Street Partners, is playing a key part in this redevelopment. The firm performed site planning, civil engineering and landscape architecture design services for the project, which includes a modified courtyard that connects two separate sets of buildings.

The project is situated along East Biddle Street in Baltimore, where some of the historic row houses have been empty for decades.  Several tenants have already been identified for the completed facility, including Strong City Baltimore, a 50-year-old nonprofit that focuses on civic engagement. Other occupants include City Life Community Builders, a construction workforce program, and ABC of Greater Baltimore, a trade association representing the construction industry, The Outlook Company, a minority-owned, innovative digital animation and production studio, RCMI@Morgan, a research hub focusing on urban health disparities among minorities, and Cross Street Partners, the developer for the Hoen campus

“We were presented with this big, long structure situated on a non-level, bowl-shaped site with an access roadway that was at a higher elevation than the other features,” Zawislak said. “Despite the site constraints, people had kept building and building. We had to provide an overland flow path.”

As construction nears completion, Huber-Plano hopes projects like the Hoen Lithograph redevelopment will inspire similar improvements in other underserved areas of Baltimore.

“We feel momentum is building, especially in this area” she said. “We hope these projects will be a catalyst for further redevelopment.”