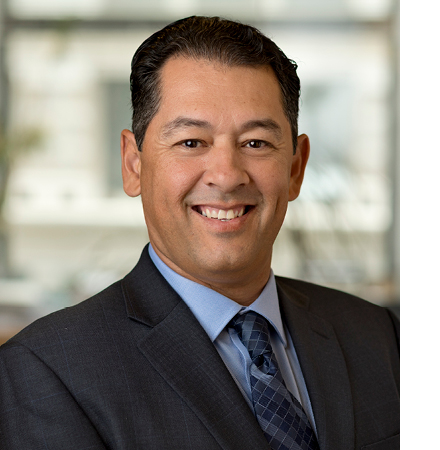 STV, a leader in engineering, architectural, planning and program and construction management services, is proud to announce that Luis Delgado, CCM, PMP, executive vice president, has been elected chair of the Regional Hispanic Contractors Association (RHCA) for the 2022-2024 term.

Based in the Dallas/Fort Worth area, Delgado leads STV’s national construction management practice and has served on the RHCA board of directors for the past three years. In his new role as chair, he will continue working to promote and support the advancement and economic growth of Hispanic and minority contractors, architects and engineers in Texas.

“Luis is a dynamic leader who excels at building strong teams, setting a vision and engaging those around him to execute successfully,” said Greg Kelly, P.E., STV president and chief executive officer. “We are incredibly proud of his election to lead the RHCA and are confident he will help the organization further its mission to support and empower diverse small businesses across Texas.”

“The Texas construction market is leading the country”, said John Martinez, president and CEO of the RHCA. “The RHCA is serving contractors, architects and engineers from El Paso to East Texas, from the Valley to the Panhandle and in major cities like Houston, Austin, San Antonio and Dallas/Fort Worth. The incoming board leadership includes a diversity of experience and backgrounds. With Luis Delgado as Board Chair, the RHCA is positioned to continue growing, serving and advocating for contractors throughout the great State of Texas.”

At STV, Delgado leads a team of program and construction management experts who deliver multimillion-dollar projects for municipal, aviation, education, corporate and healthcare clients. Assignments include the $4 billion redevelopment of New York’s LaGuardia Airport, a $1.5 billion overhaul of Dallas/Fort Worth International Airport’s landside program and program management for a $700 million health care system restructuring for One Brooklyn Health, along with ongoing construction management projects to upgrade schools in various large school districts across the country. Delgado also serves on the national board of directors for the Construction Management Association of America (CMAA) and led the translation and publication of CMAA’s Standards of Practice textbook in Spanish to further expand construction and project management principles to the Hispanic audience in the U.S. and Latin America. Delgado earned a Bachelor of Architecture degree from the Instituto Tecnológico de Estudios Superiores de Monterrey (ITESM) and a Master of Business Administration from ITESM and the University of Texas at Austin.

Strengthened by CP&Y, an STV Company, which STV recently acquired, STV has a long history in Texas working on projects in the transit, highway, aviation, energy, military, corporate and water sectors. The company has successfully completed projects in every major metropolitan region in Texas including Houston, Dallas-Fort Worth, San Antonio and Austin, such as the Houston Metropolitan Transit Authority’s New Starts light rail transit system and the Dallas Area Rapid Transit (DART) Light Rail Transit System. STV has more than 10 offices in Texas, including a recent expansion in Austin with a second office located downtown.