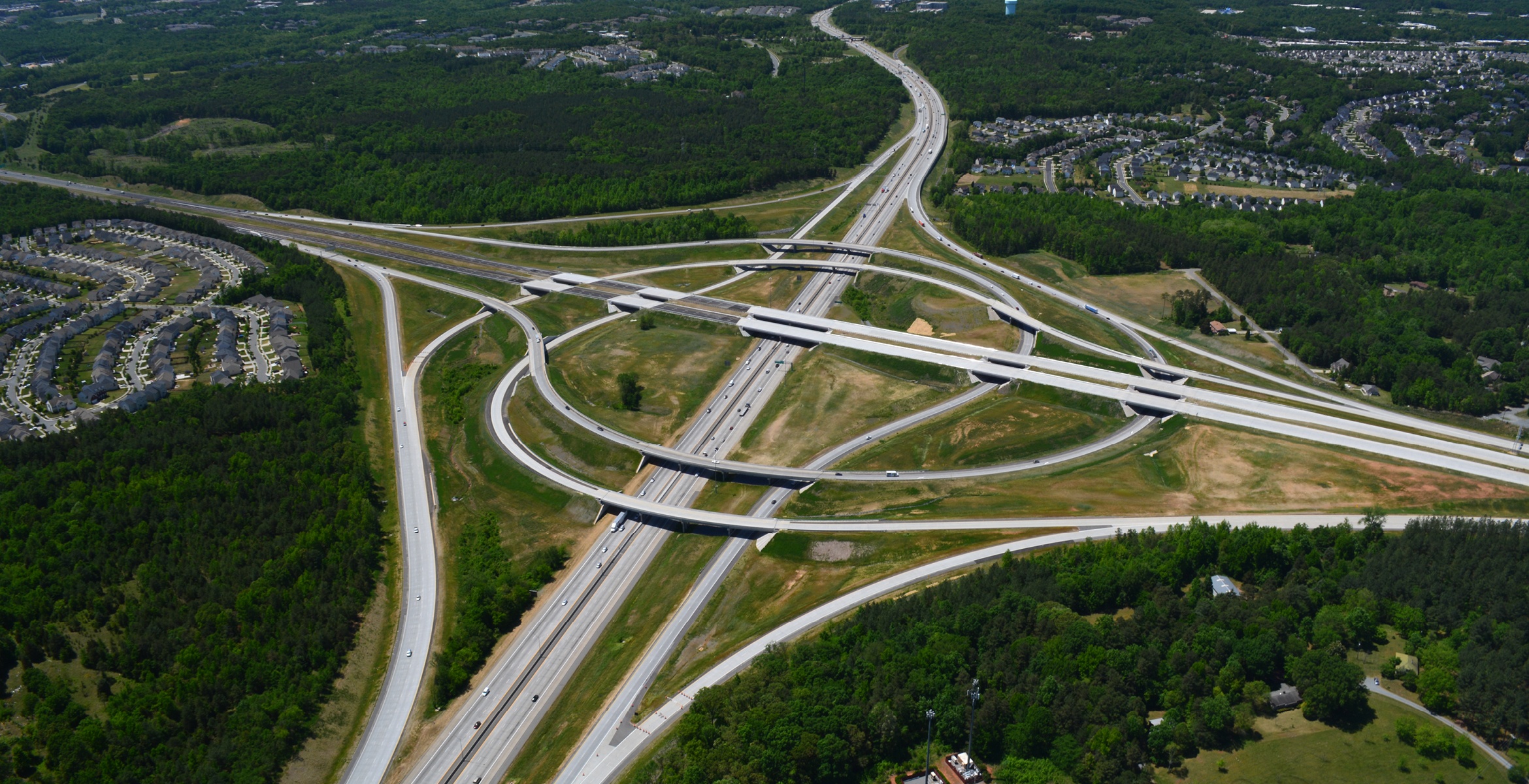 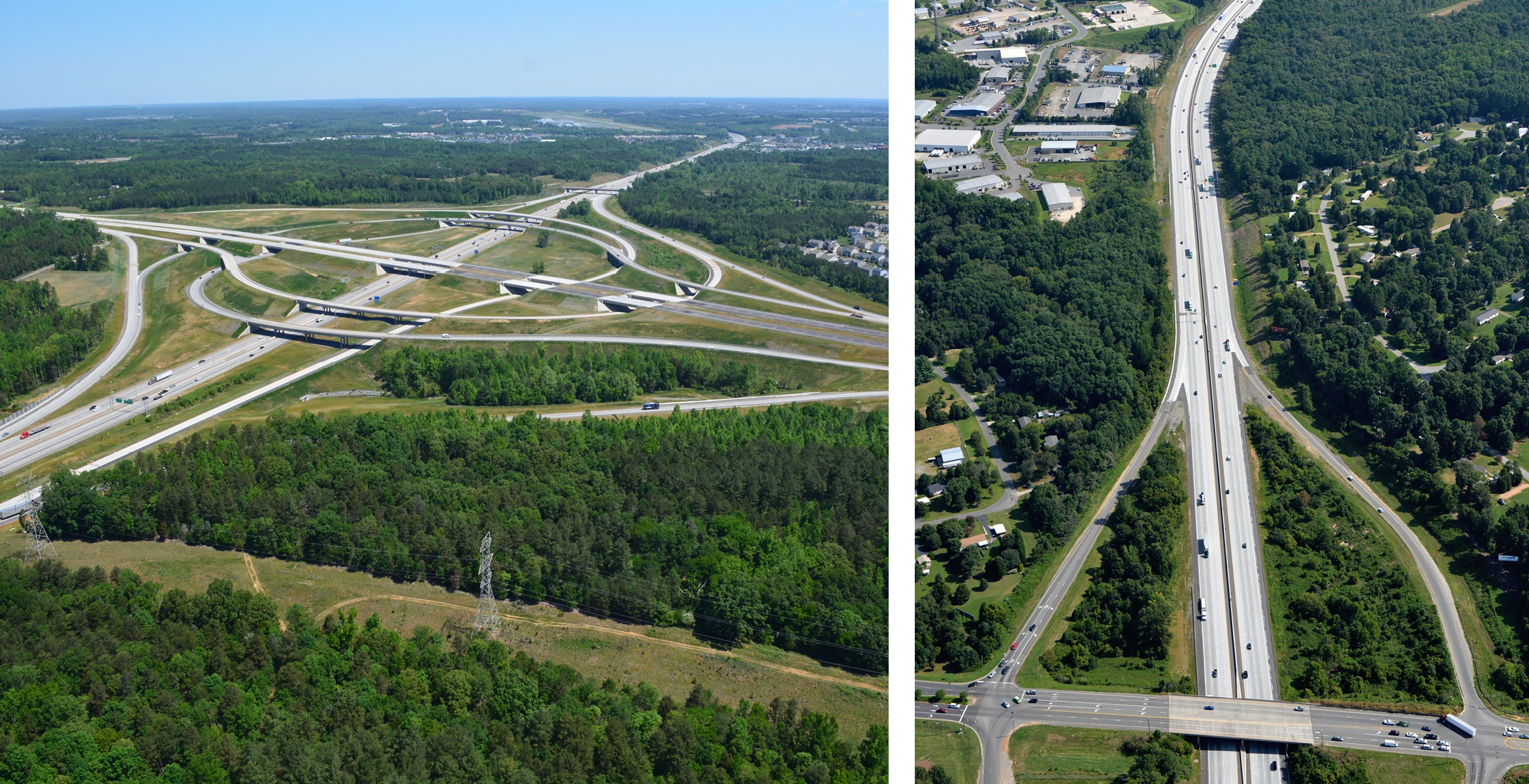 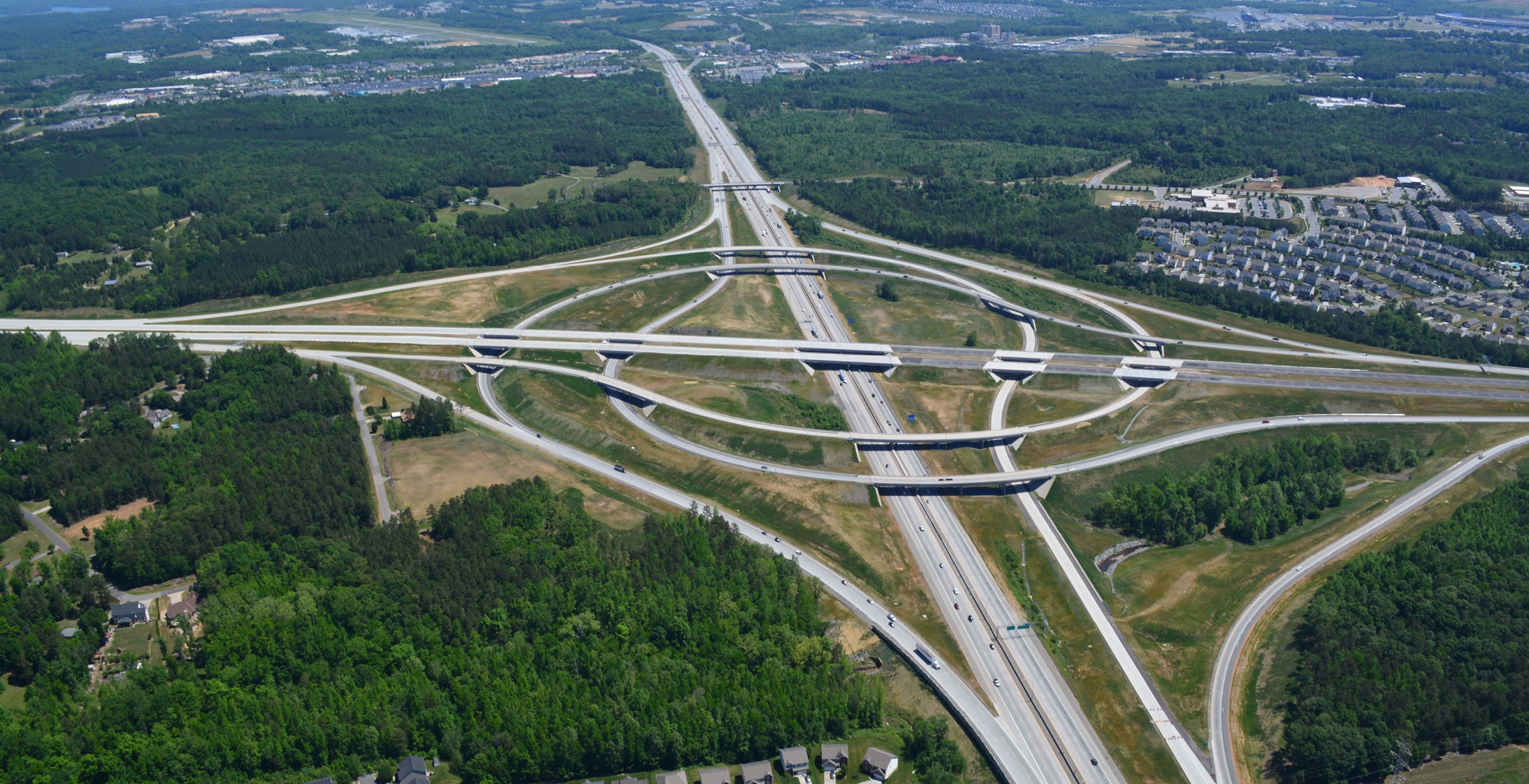 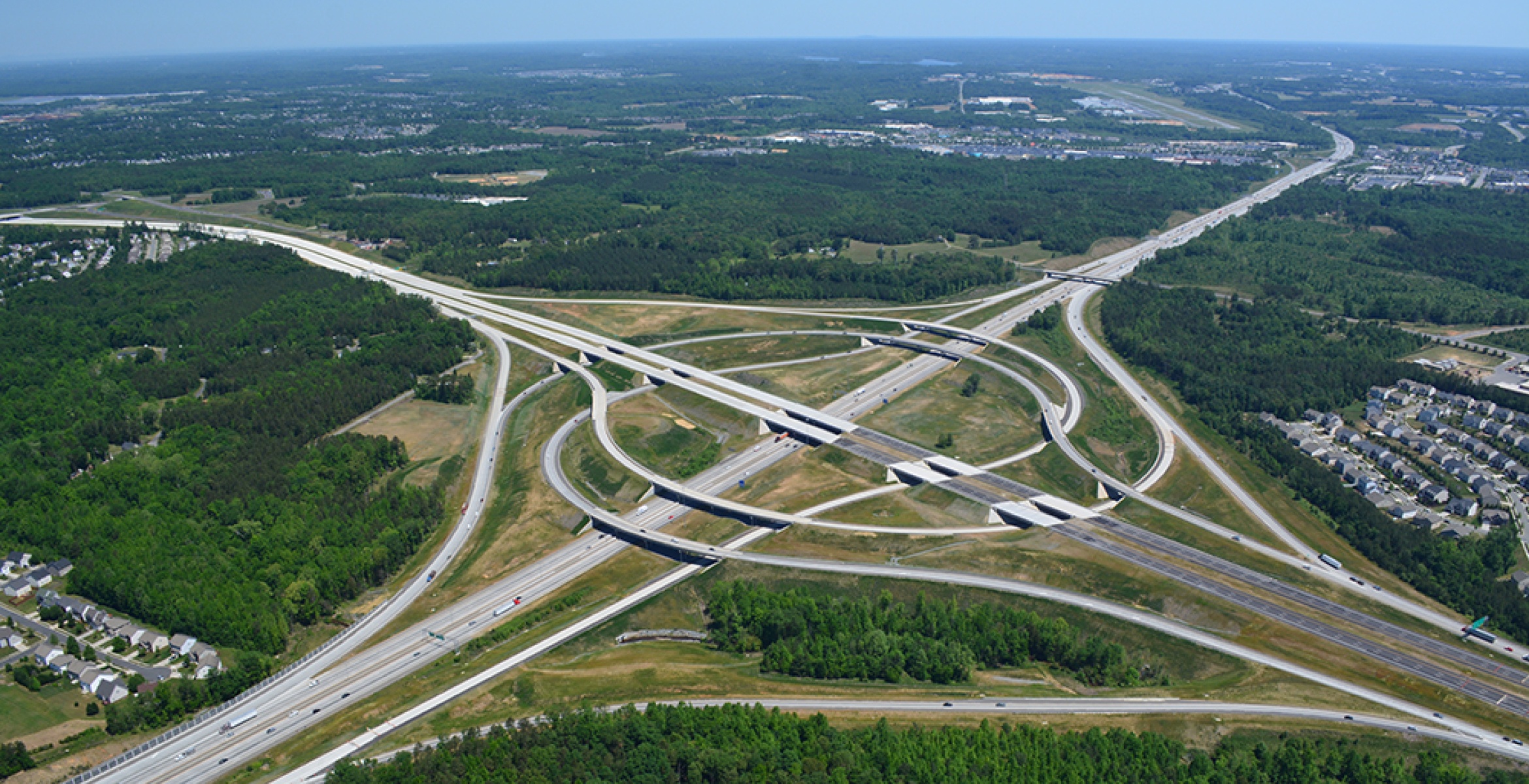 The modification of the existing I-485/I-85 interchange into a fully-directional turbine interchange was the final link in the 67-mile-long circumferential loop around Charlotte, NC. In 2010, the North Carolina Department of Transportation (NCDOT) initiated a design-build-finance advertisement for teams to submit qualifications for the $124 million project. The Lane Construction Corporation/STV design-build team proposed the replacement of the four-level stack with a two-level turbine interchange.

By switching to the turbine layout, the Lane/STV team realized they could achieve numerous advantages that would enhance safety for both motorists and construction workers, while also providing significant cost savings for NCDOT. The project consisted of widening two miles of I-85 to accommodate additional ramp lanes, widening/construction of 1.4 miles of I-485, and the turbine interchange, which was comprised of eight ramps/loops and 19 bridges. The project opened to traffic in June 2015 at a cost of $95 million, $30 million under budget.

I-85 over the Yadkin River Design-Build