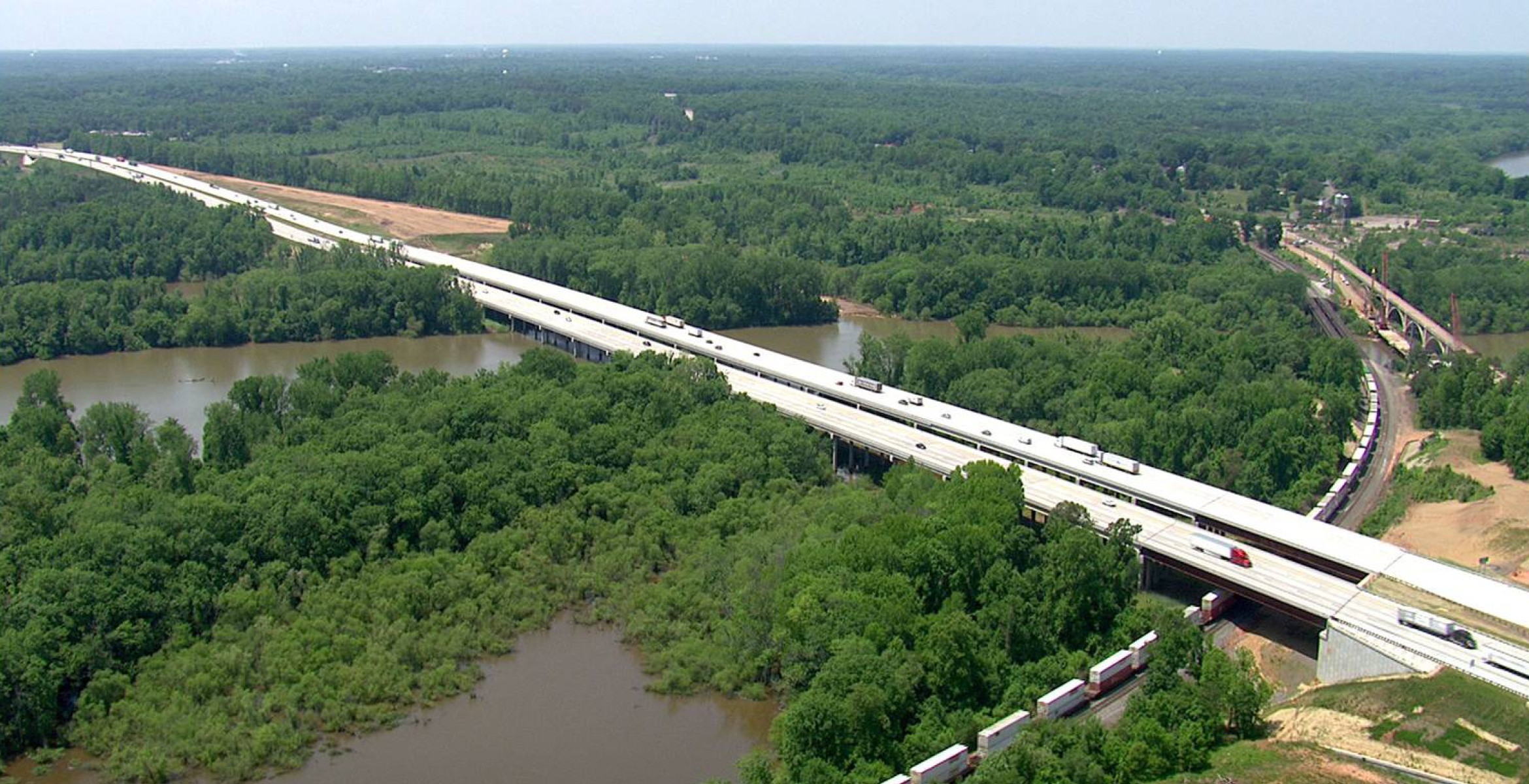 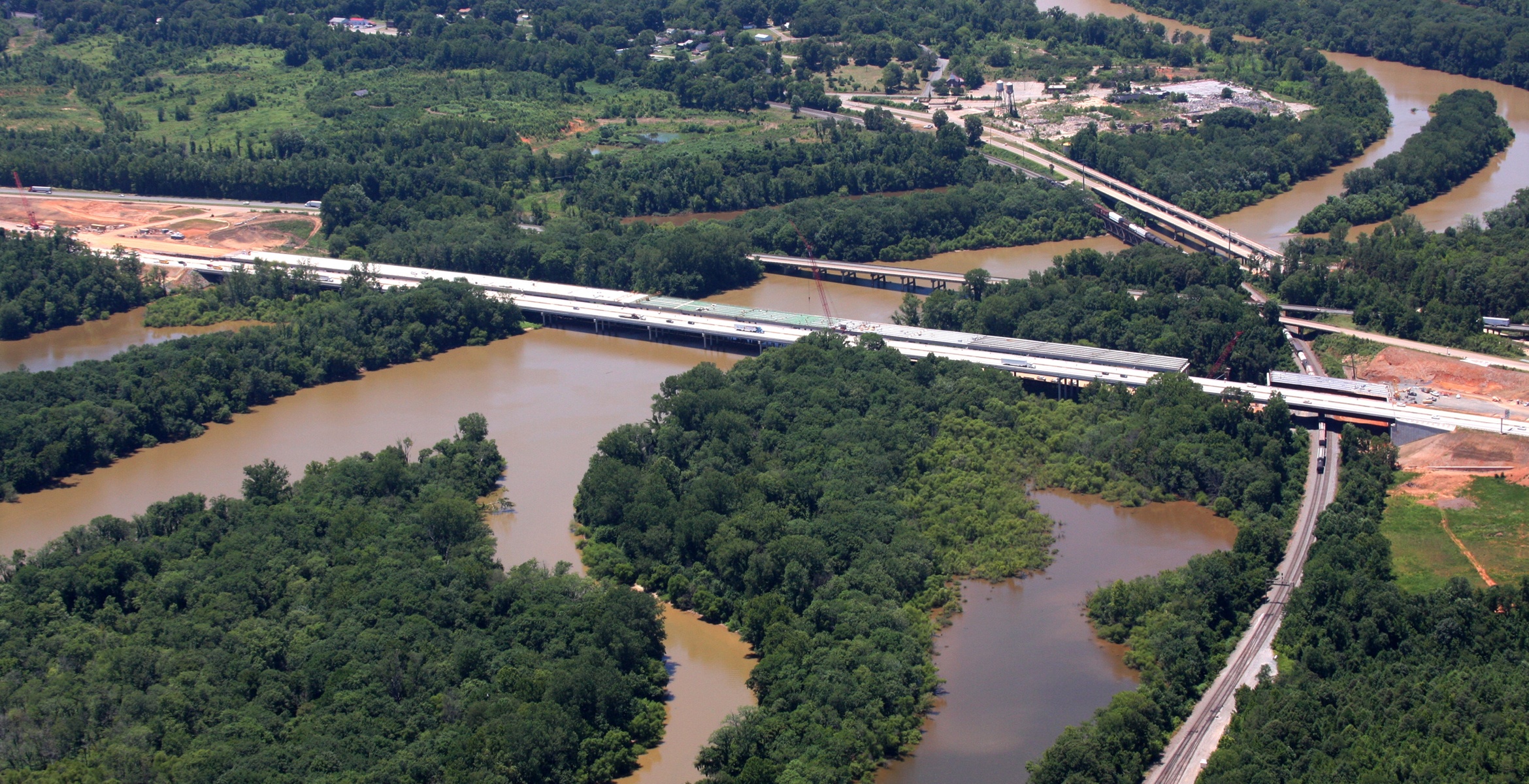 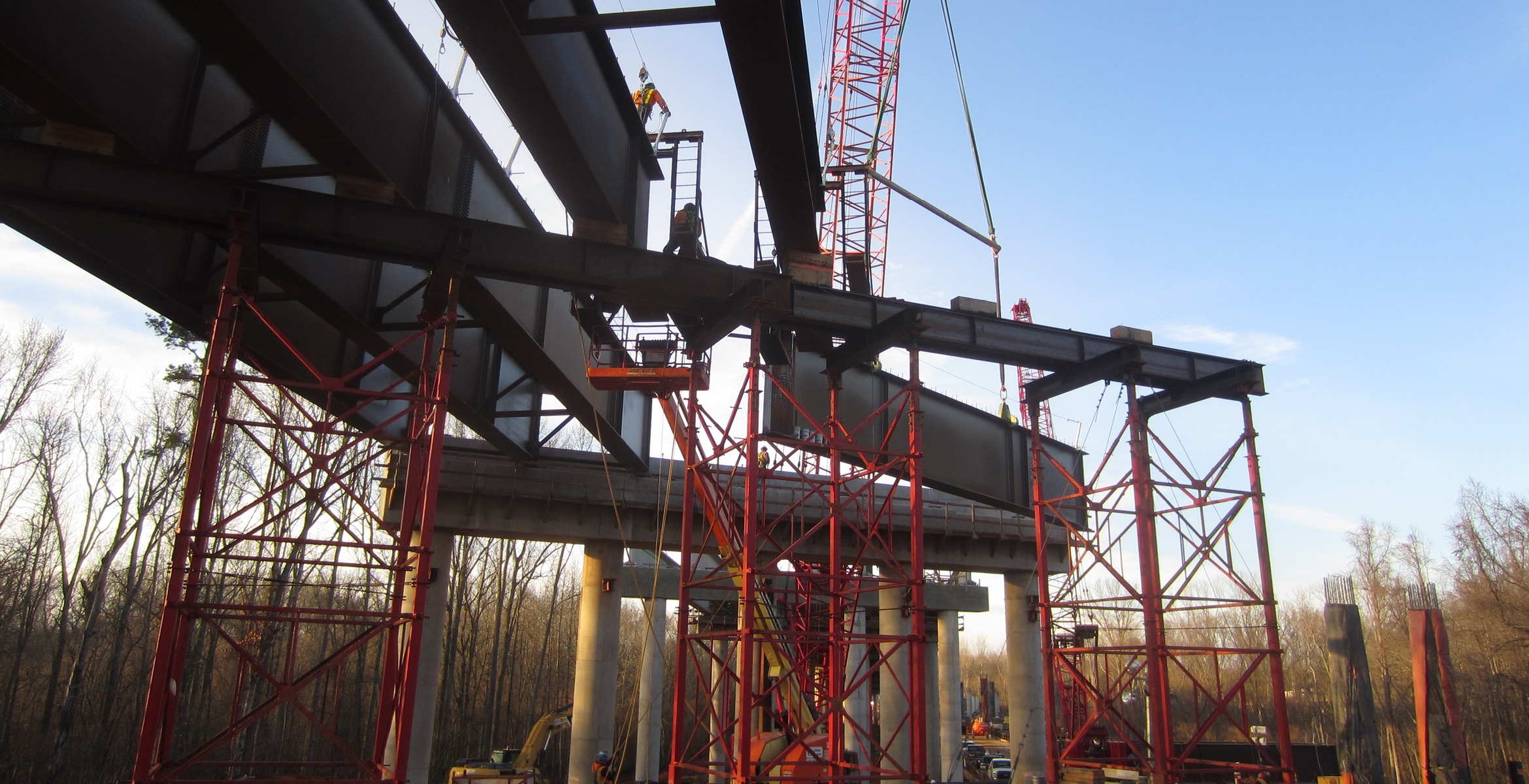 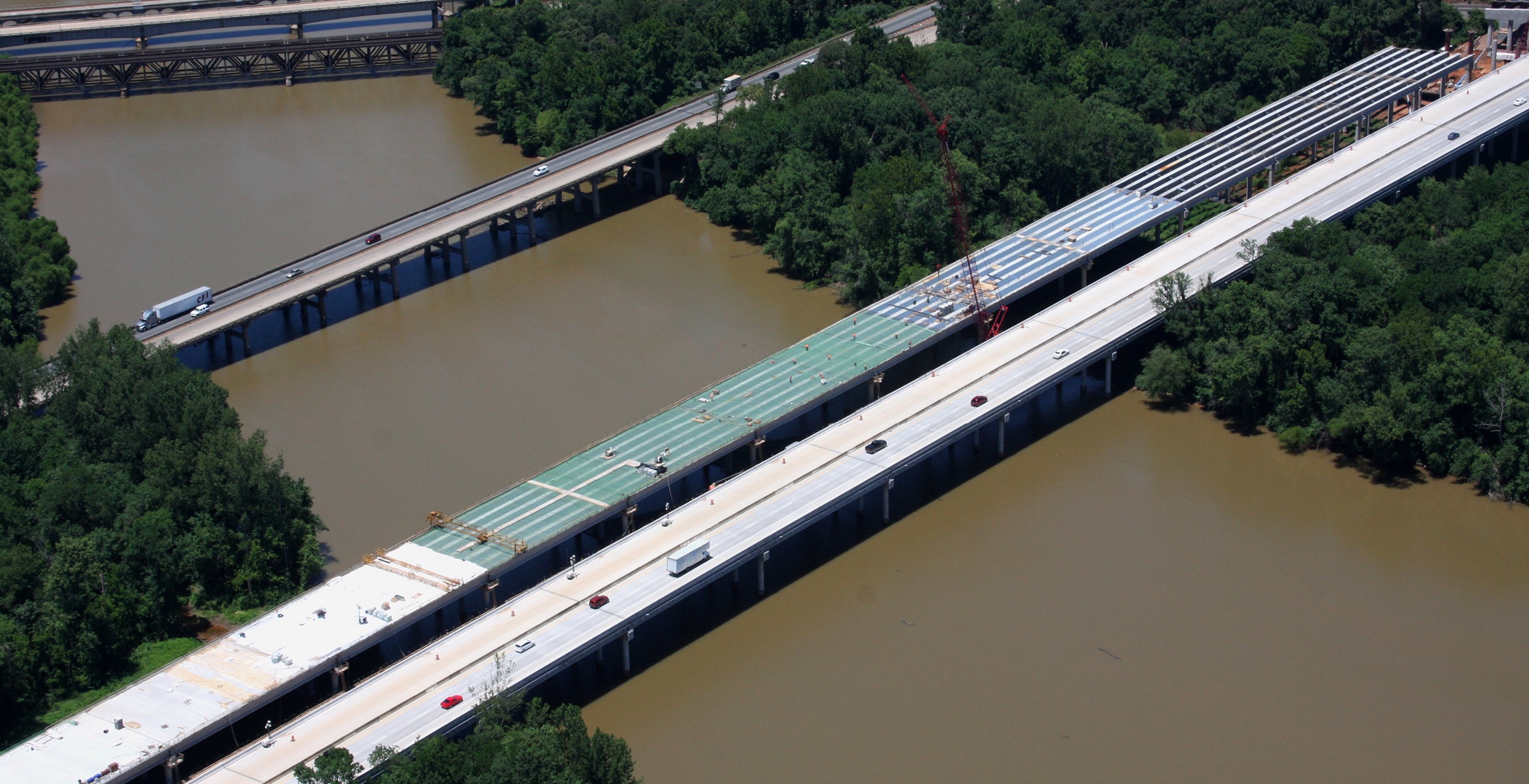 I-85 over the Yadkin River Design-Build

The I-85 corridor between Charlotte and Greensboro, NC has long been one of the most dangerously congested corridors in the state, necessitating a massive reconstruction initiative including the erection of dual bridges over the Yadkin River. The joint venture of Flatiron-Lane was selected by the North Carolina Department of Transportation in 2010 to lead the $136 million design-build contract.

STV was lead designer as a consultant to Flatiron-Lane, and was responsible for project management, bridge/structure design and railroad coordination. The new dual bridges are 72 feet wide and 2,914 feet long, spanning a wetland, the river and three railroad tracks. They opened to traffic in March 2012 and the project was completed in May 2014. The major dual bridge structure is now named the Yadkin River Veterans Memorial Bridge.