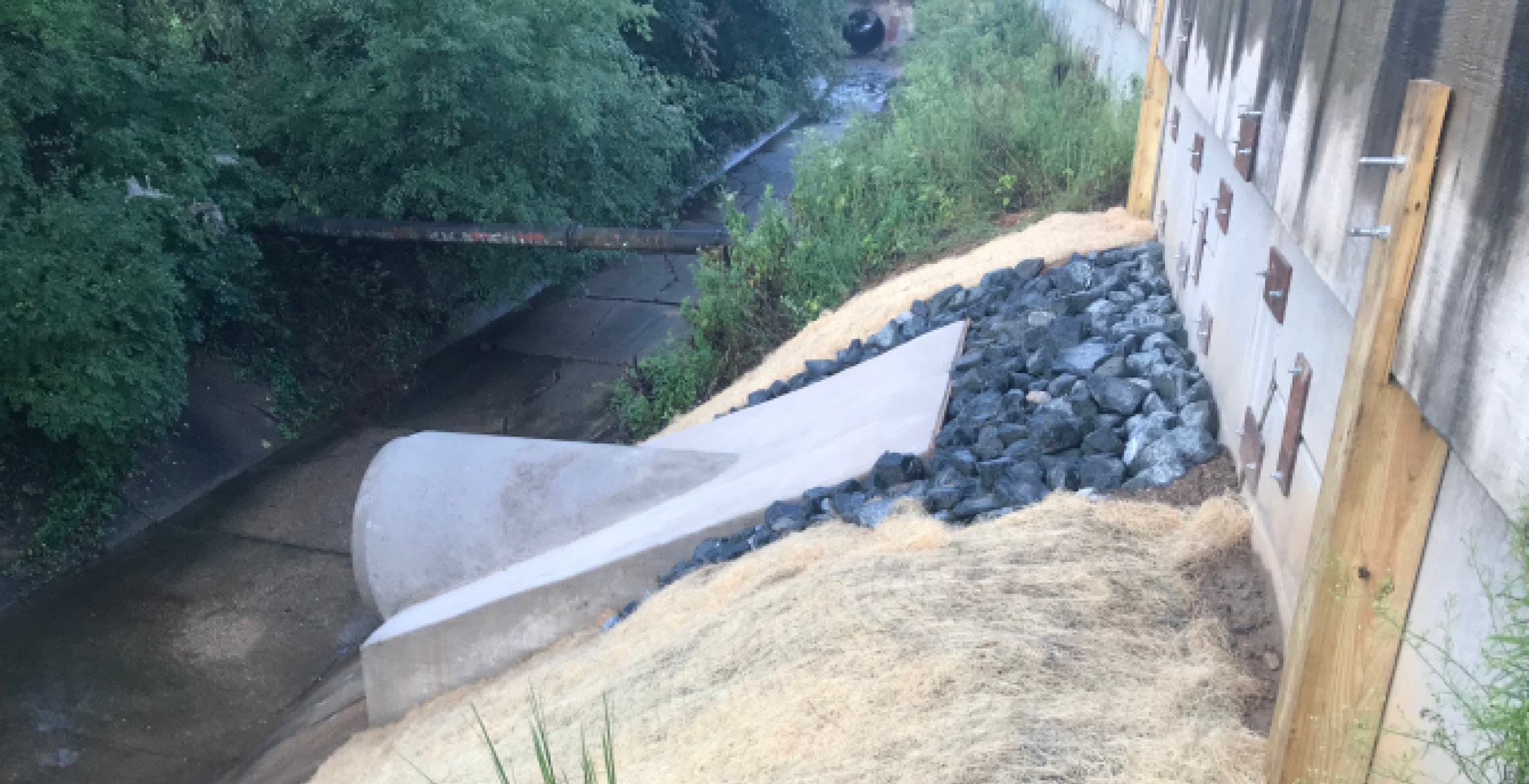 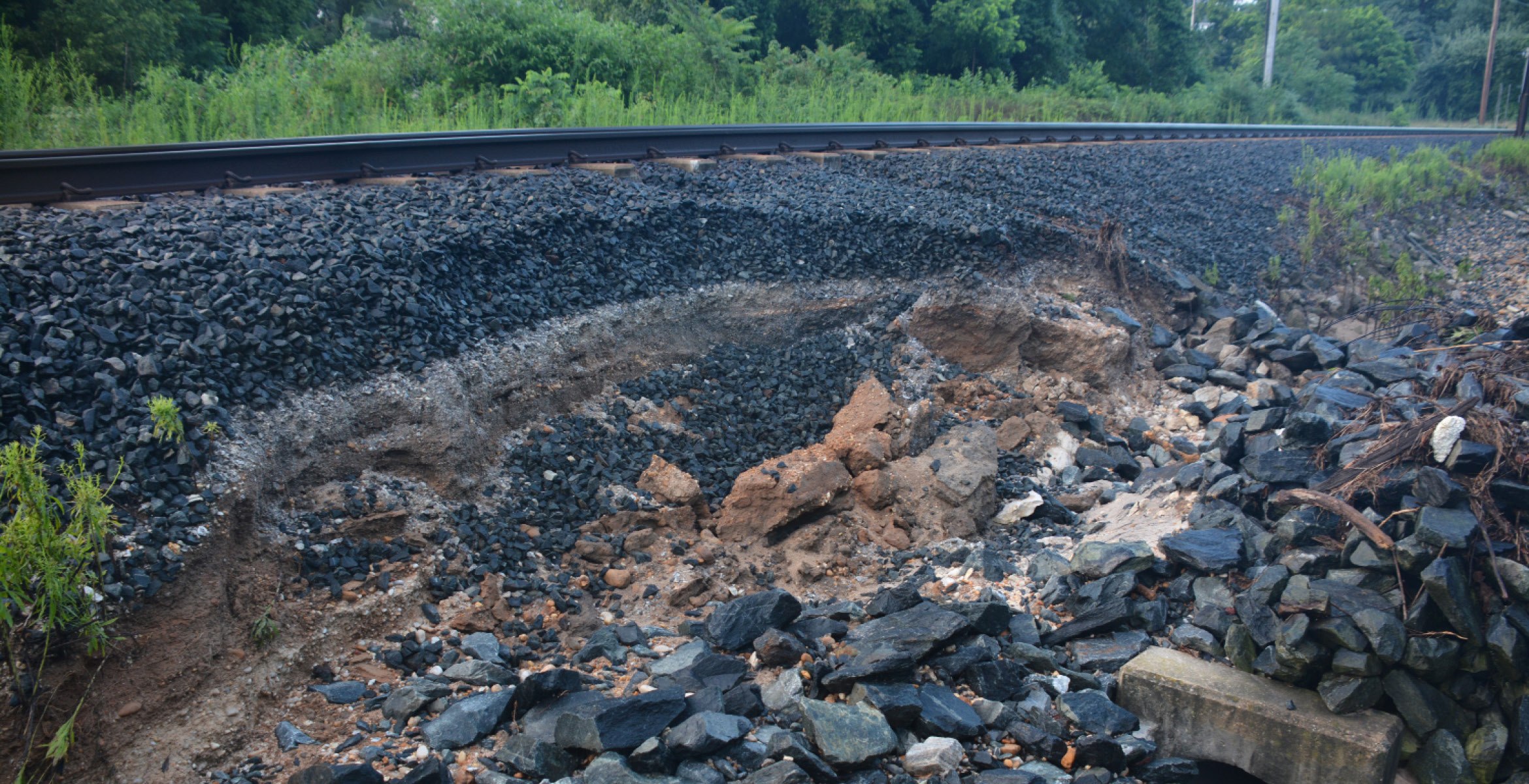 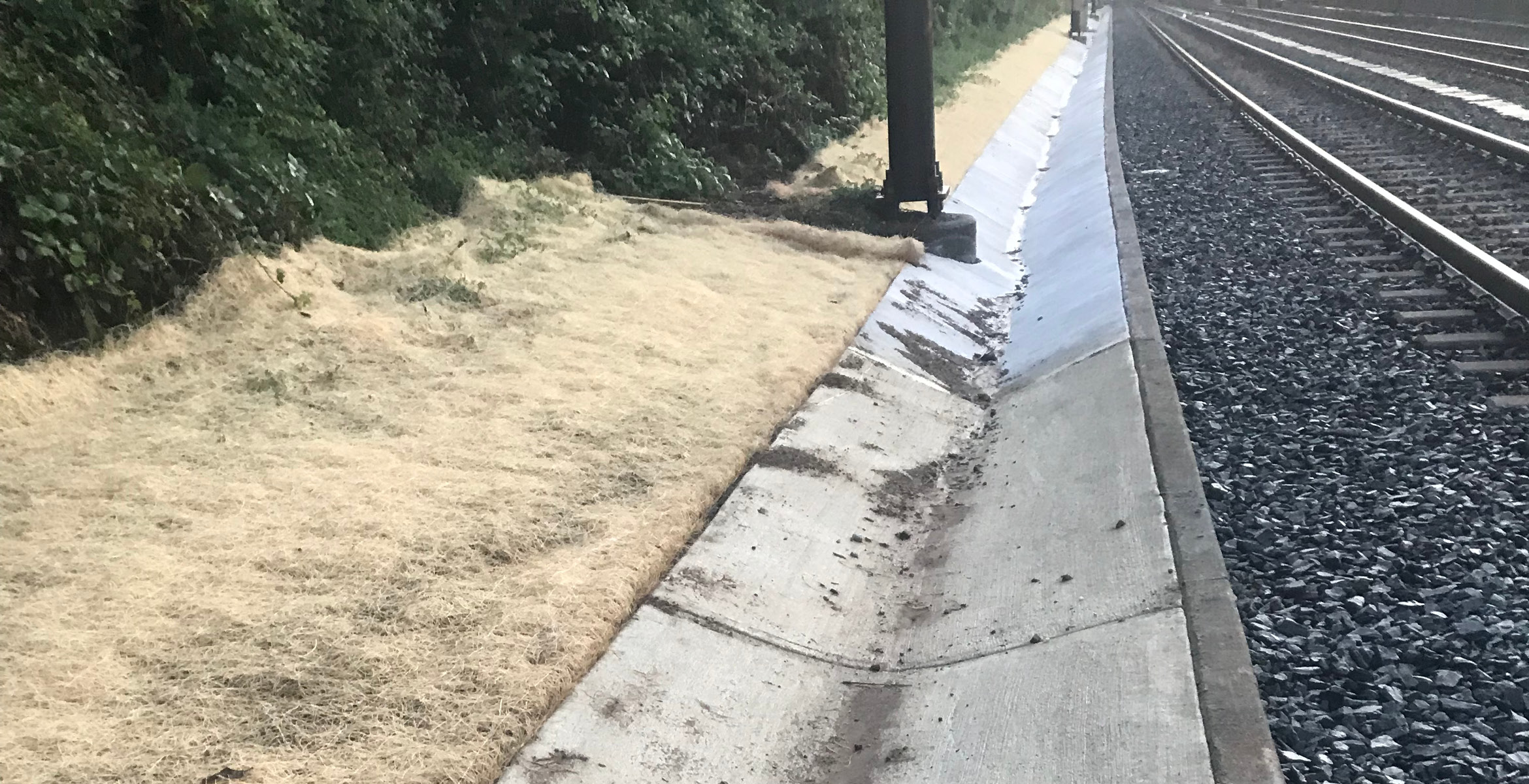 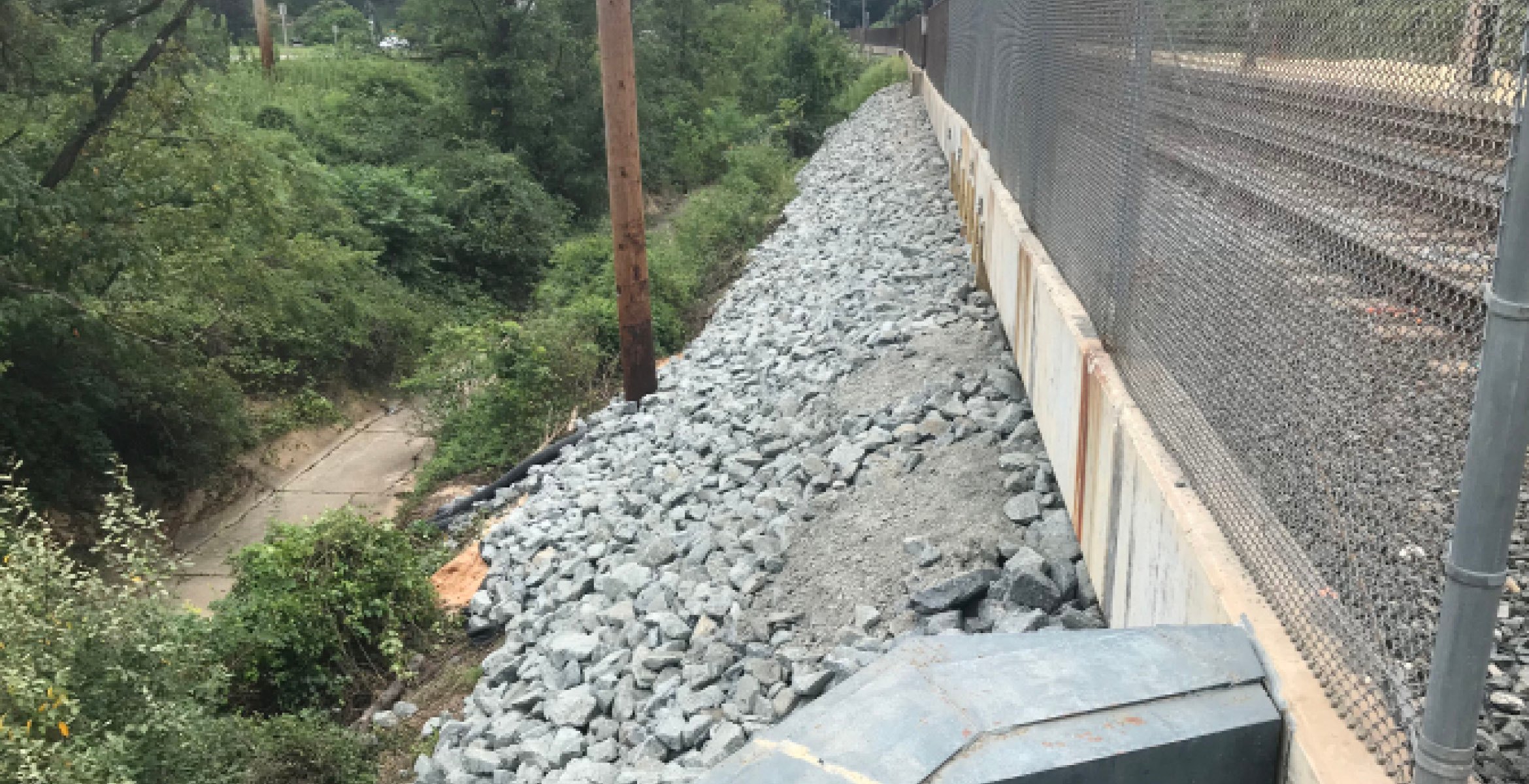 July’s first large rainfall overwhelmed a drainage ditch near the north end of a mechanically stabilized earth retaining wall bordering the east side of the trackbed, creating a six-foot washout under the wall. After securing the wall with riprap, teams stabilized the wall and forced water to drain past the site. However, when another storm hit the area, the washout grew to 25 feet.

Teams enlarged the ditch and added concrete lining, an upstream inlet and pipe under the tracks to help capture overflow from a stormwater management pond in the area to minimize its impact on the problem area. STV’s engineers then had the contractor install draintile and flowable fill at the extended washout. When a third intense rainfall caused another six-foot washout, teams filled the new void with more gravel and drainpipe, then backfilled against the outside wall with riprap for about 100 feet. No movement or additional washouts have been detected at the site, and the Light Rail opened three days ahead of the schedule return to service.