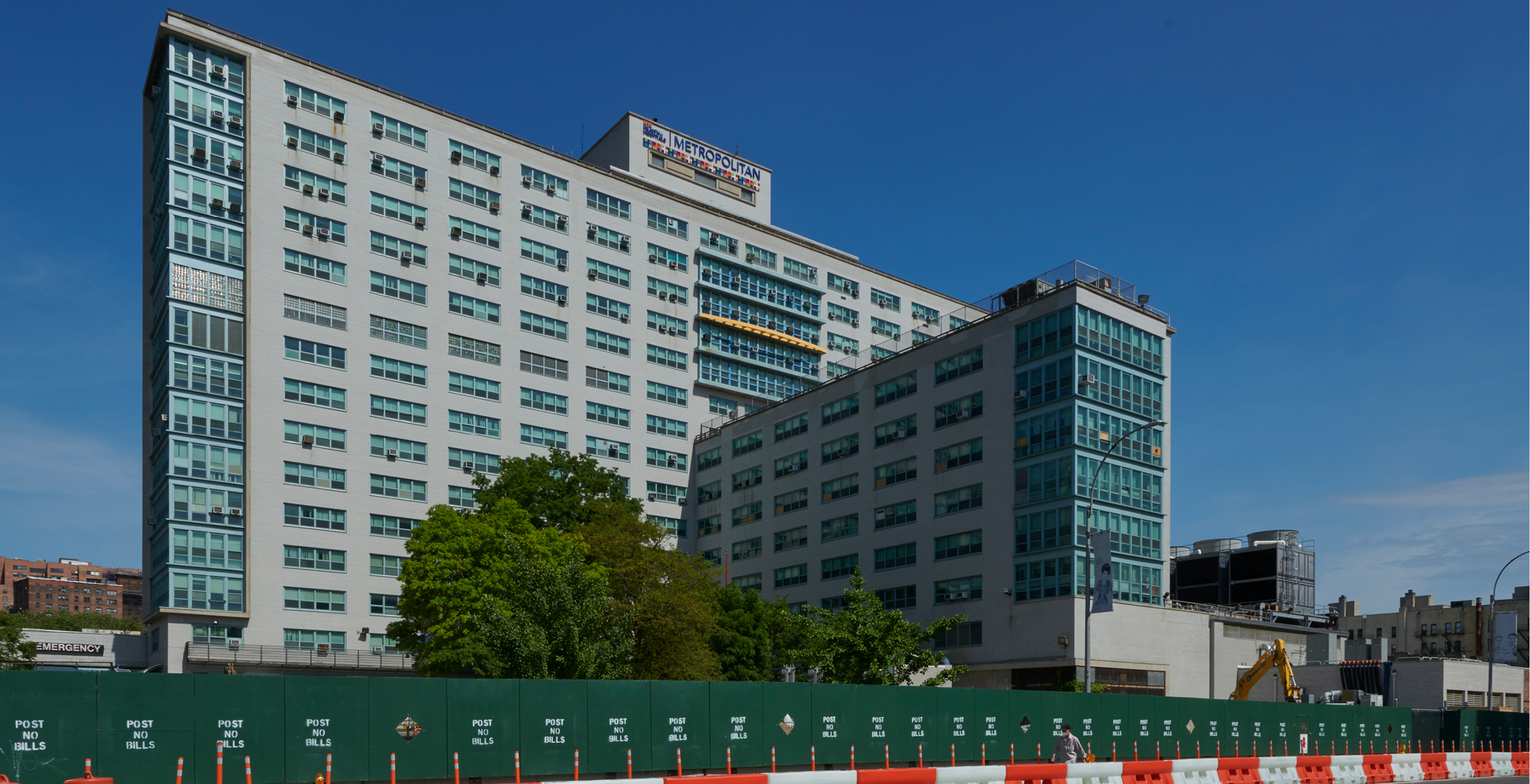 NYC Health + Hospitals/Metropolitan, located in the East Harlem neighborhood of Manhattan, is part of the NYC Health + Hospitals system. After Superstorm Sandy, the hospital was nearly shut down due to flooding. To prevent this from happening again, STV will manage the design and construction of a $112 million flood wall to accommodate 500-year flood levels and protect critical infrastructure on the hospital’s campus. The facility also requires electrical repairs and pre-connections for critical systems.

As part of a larger program to make its healthcare facilities more resilient, New York City is overseeing a $1.7 billion capital improvement plan at four sites owned by NYC Health + Hospitals that were damaged during Superstorm Sandy. STV is serving as program manager, administering all aspects of the FEMA-funded capital construction program.

Metropolitan Hospital is located just one block from the East River, so the need for future flood mitigation is crucial. This project will erect a concrete flood wall around the entire building and install several underground storm water detention tanks to protect the hospital so it can continue operating through severe weather, rather than having to shut down for repairs like it did after Superstorm Sandy.

Back to All Projects
Health & Sciences