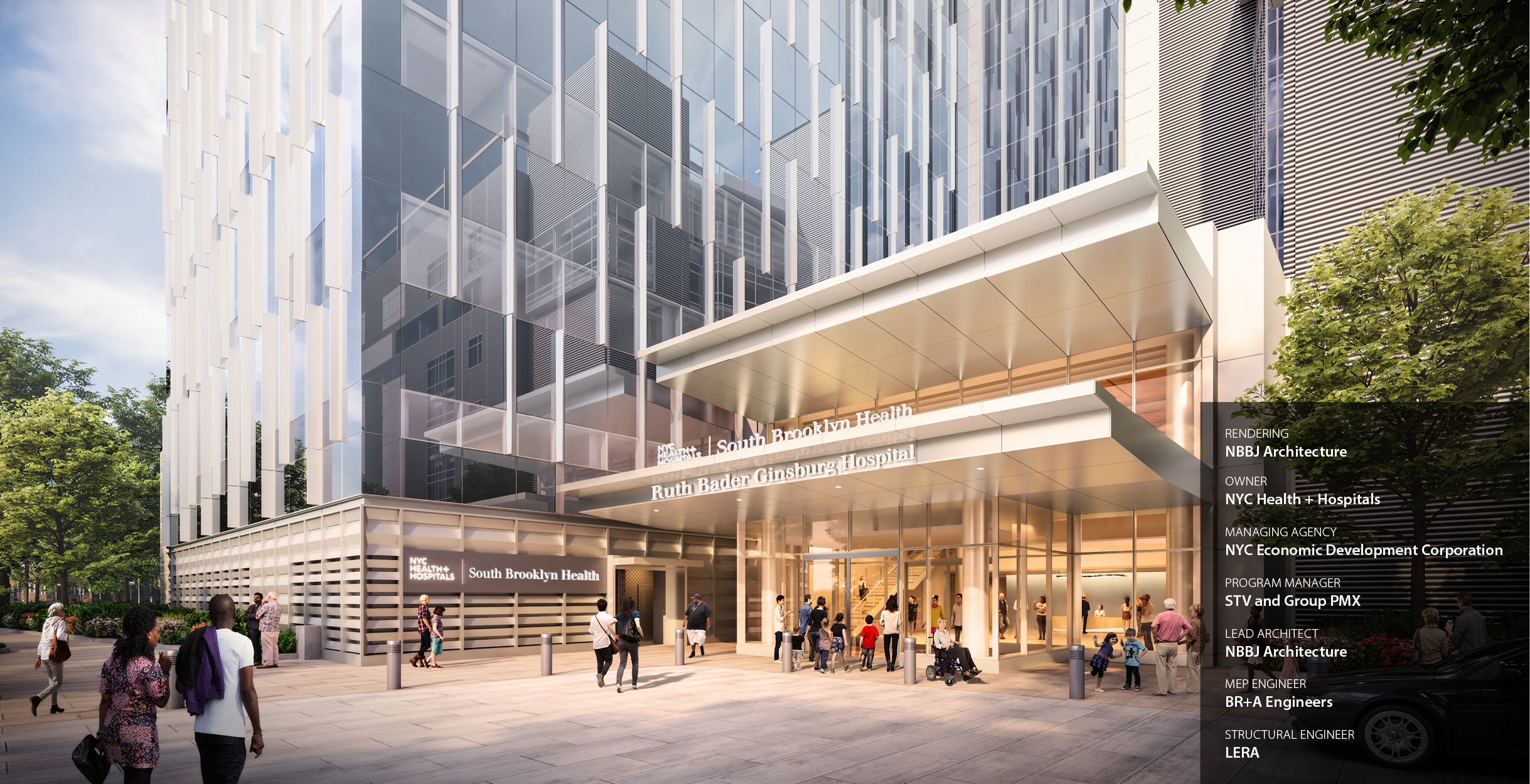 NYC Health + Hospitals/South Brooklyn Health Ruth Bader Ginsburg Hospital, formerly known as Coney Island Hospital, is a 371-bed facility that sustained significant damage during 2012’s Superstorm Sandy. More than 220 patients had to be evacuated during the storm, in part because the hospital’s ground-level emergency generators had to be shut off for several hours to prevent further flood damage. While the hospital was eventually fully operational again, major upgrades were needed to better prepare the facility in the event of a future flooding event.

As part of a larger program to make its healthcare facilities more resilient, New York City is overseeing a $1.7 billion capital improvement plan at four sites owned by NYC Health + Hospitals that were damaged during Superstorm Sandy.  STV, on behalf of the New York City Economic Development Corporation, and in collaboration with Group PMX, has served as the program manager administering $922 million at South Brooklyn Health Ruth Bader Ginsburg Hospital. Improvements include a new critical services building with an emergency department on the second floor and renovations to the hospital campus’s Main Building and Tower Building.  STV is also overseeing the development and quality control of storm mitigation plans, including the construction of a new flood wall. The new critical services building will feature infrastructure designed to withstand 500-year flood levels.

As part of this successful program, more than $125 million has been paid out to MWBE team members. Construction at South Brooklyn Health Ruth Bader Ginsburg is expected to conclude in the fourth quarter of 2022.

Back to All Projects
Healthcare