Baltimore Employees Can Do It All for Local Food Bank 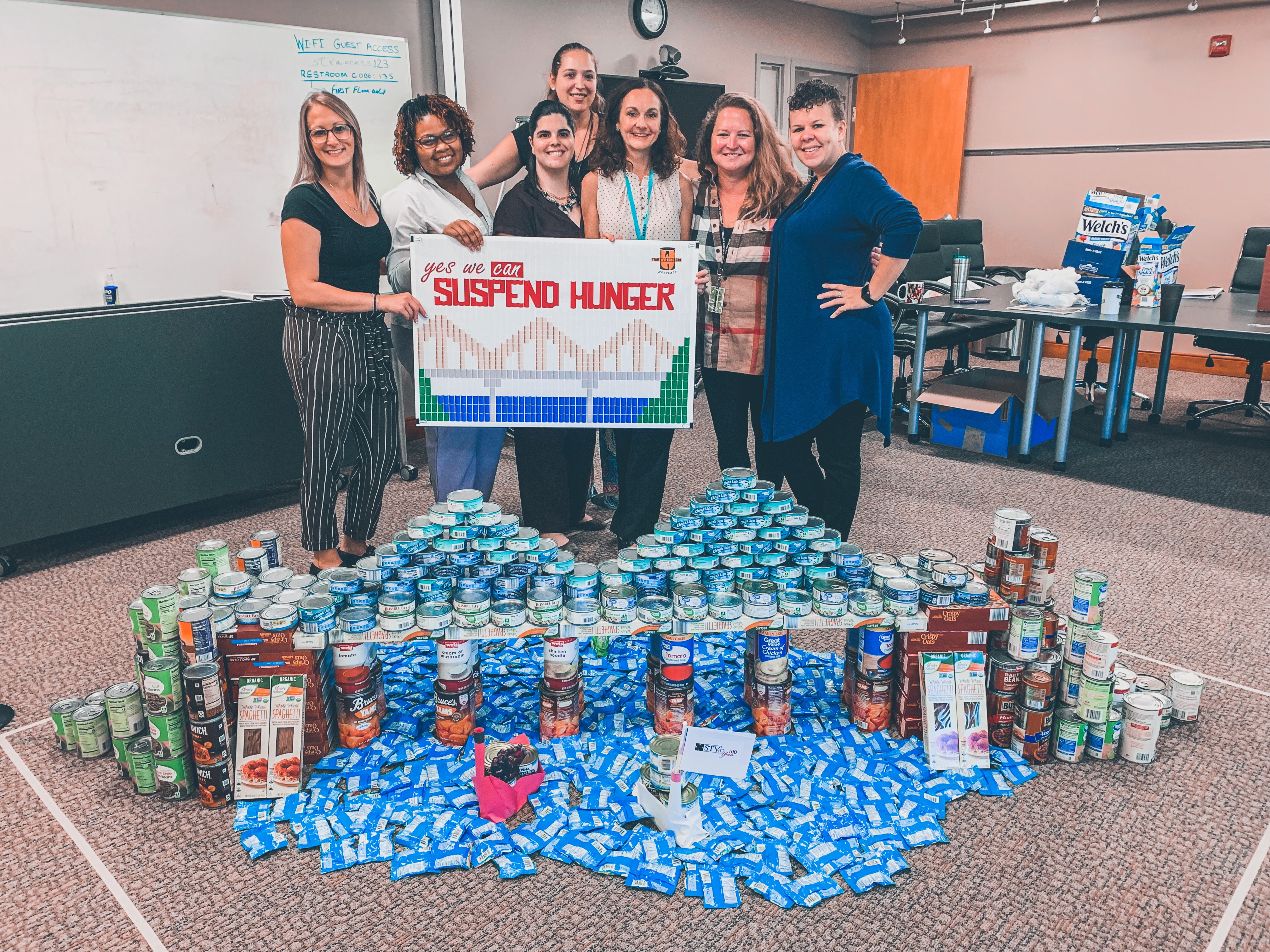 STV’s Baltimore office recently participated in the CANstruction food drive competition benefitting the Maryland Food Bank. Two teams brainstormed for a month to design a structure made up entirely of nonperishable food and drink items, which were later donated to the Food Bank.

Each team was given only one hour to build their structure. One group engineered a suspension bridge, complete with an ocean made up of blue gummy packets and a cameo from their team in a paper sailboat. The other team gave a nod to a local Baltimore landmark in the form of the Seagirt Marine Terminal and created a tower crane to load “CANtainers” onto a waiting ship.

The Baltimore office was able to donate 1,040 pounds of food to the Maryland Food Bank, along with a $100 donation. CANStruction competitions are held all over the country each year to benefit local food banks and foundations. Like the Baltimore office teams, participants create a structure or sculpture made up entirely of nonperishable food items, before each entry is judged on creativity and design before a winner is declared and all food and funds are donated to help fight hunger.