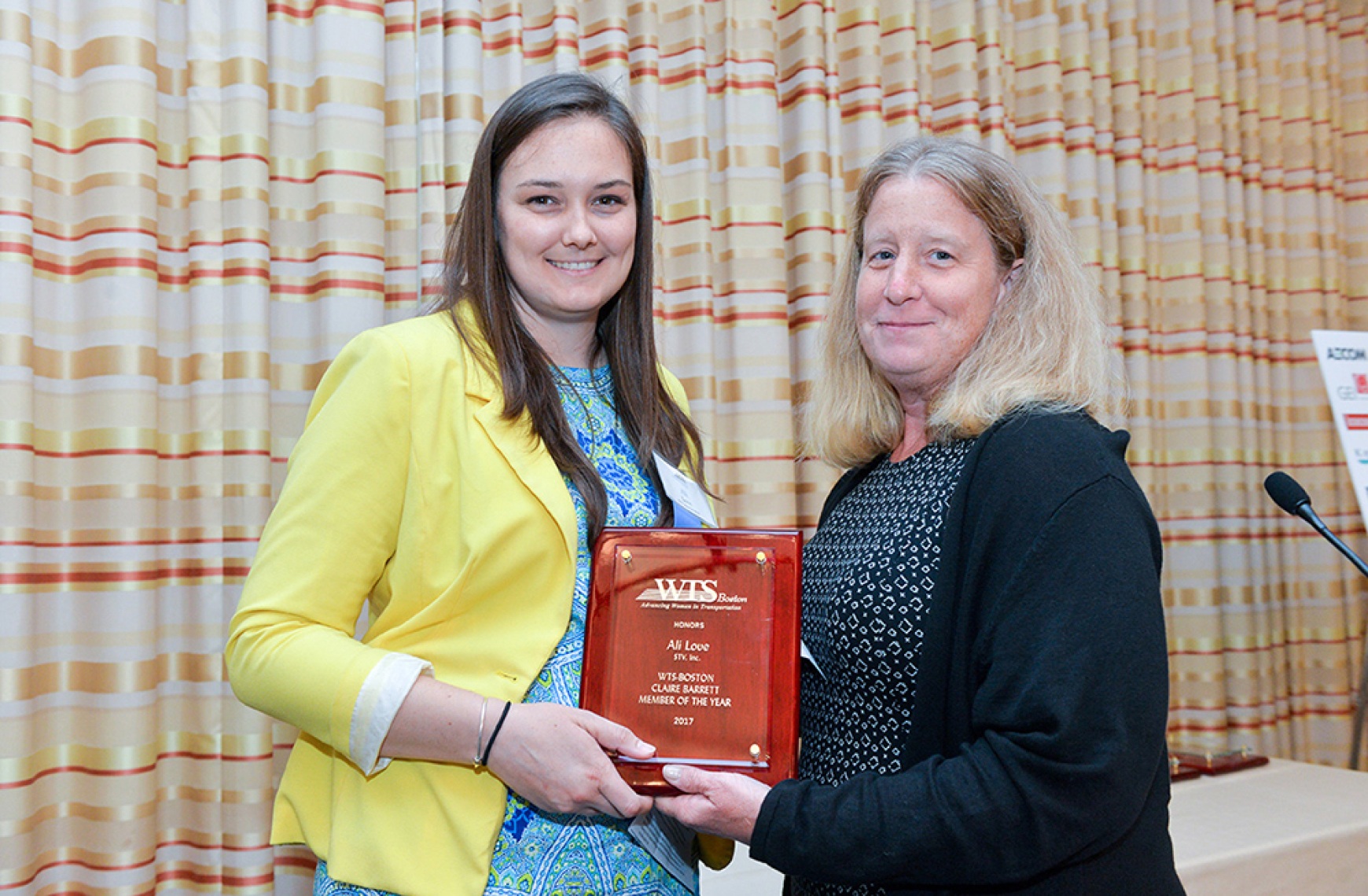 Alison “Ali” Love, a structural engineer in our Boston office, has been involved with the Boston chapter of Women’s Transportation Seminar (WTS) since she joined STV in 2011. As a reward for her years of dedication to the organization, WTS Boston recently named Ali its 2017 Member of the Year. She was also honored with a retroactive WTS-Boston Member Graduate Scholarship this past June, six months after she earned her Master of Science in structural engineering from Northeastern University.

Ali joined WTS Boston’s programs committee before being named co-chair of its outreach committee in January 2014, a position she still holds today. The outreach committee runs the chapter’s Transportation YOU program, a hands-on, interactive mentoring program that introduces middle school and high school girls (ages 13 to 18) to a wide variety of transportation careers and encourages them to study science and mathematics.

The outreach committee is currently in the planning stages for a new program, a one-day transportation summit in November open to all middle and high school girls free of charge. Held in Boston, the summit will be based on WTS International’s annual summit in Washington D.C.