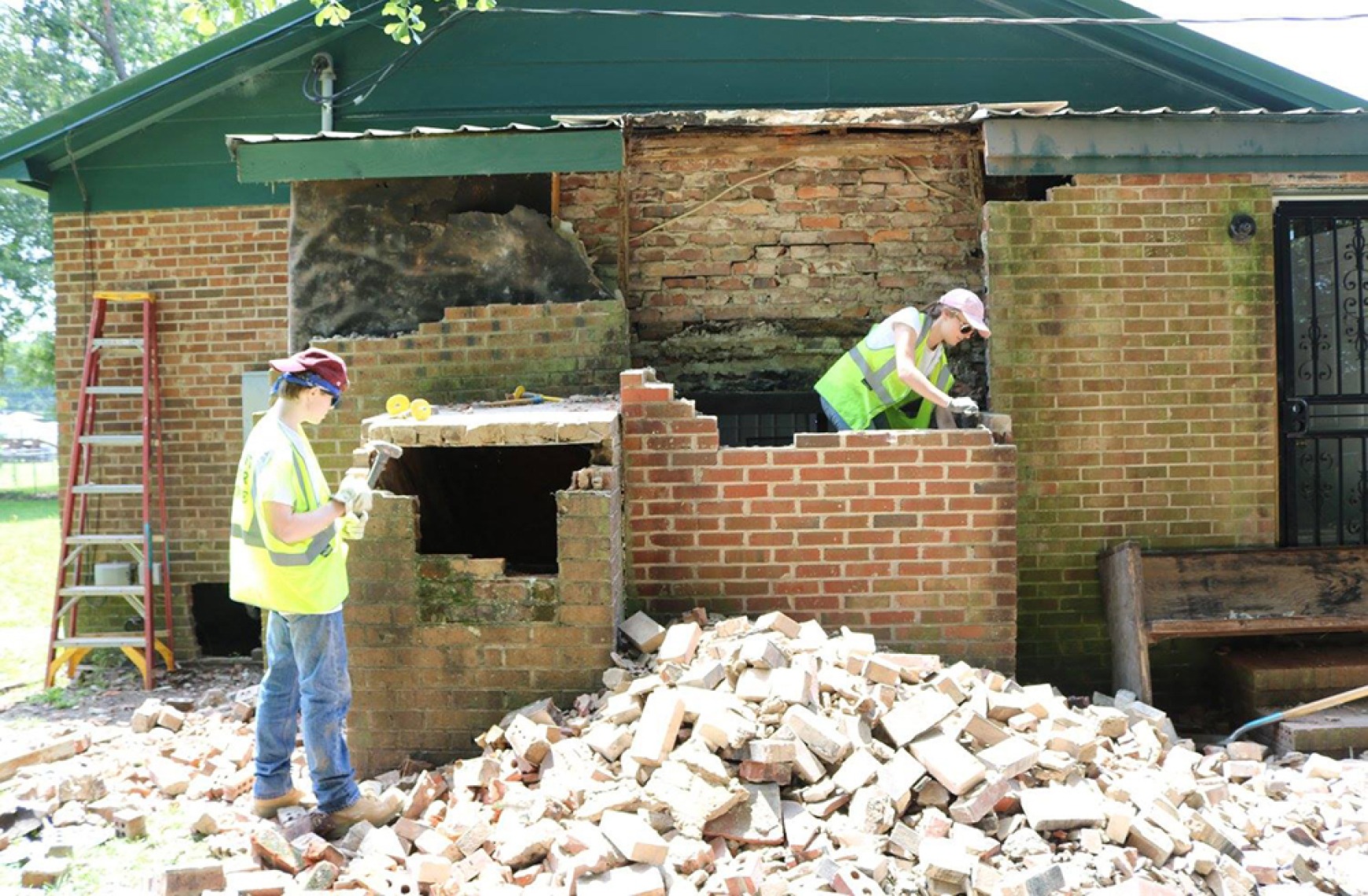 Chris Cerino’s, P.E., SECB, spirit of volunteerism recently brought him to Lumberton and Fairmont, NC, where he and nearly 90 others, including 65 high school students, worked to improve homes that were decimated by the events surrounding Hurricane Matthew in October of 2016.

Chris is director of structural engineering in STV’s Buildings & Facilities Division in New York, and has been working in communities around the United States for nearly two decades as part of a mission effort spearheaded by his church. One of the design and construction industry’s foremost experts on resiliency design, Chris spent two weeks in North Carolina supervising the group as they worked on seven homes at various stages of recovery. The homes had significant mold damage and many needed to be rebuilt from the bottom up, while others required massive tear out followed by new electrical wiring, insulation, drywall painting, etc.

Hurricane Matthew was a devastating event and was the first Category 5 Atlantic hurricane since Hurricane Felix in 2007. North Carolina was particularly hard-hit, and ultimately, Matthew caused nearly $1.6 billion in damage in that state alone and resulted in the deaths of 26 people.

Fairmount and Lumberton was Chris’s 17th disaster recovery trip with his church. As an added wrinkle this year, Chris’s teenaged daughter accompanied the group, marking the first time one of his children joined him during a rebuilding effort. Chris’s father was also on the trip, so it was also the first time three generations served together in the church’s trip history.

Another volunteer who joined Chris this year was Chuck Kohler, P.E., who joined STV in September as its new chief operating officer. Chuck was one of the adult worksite leaders under Chris during the North Carolina visit. Chuck and his children have also volunteered their time and experience as part of previous trips organized by Chris’s church.