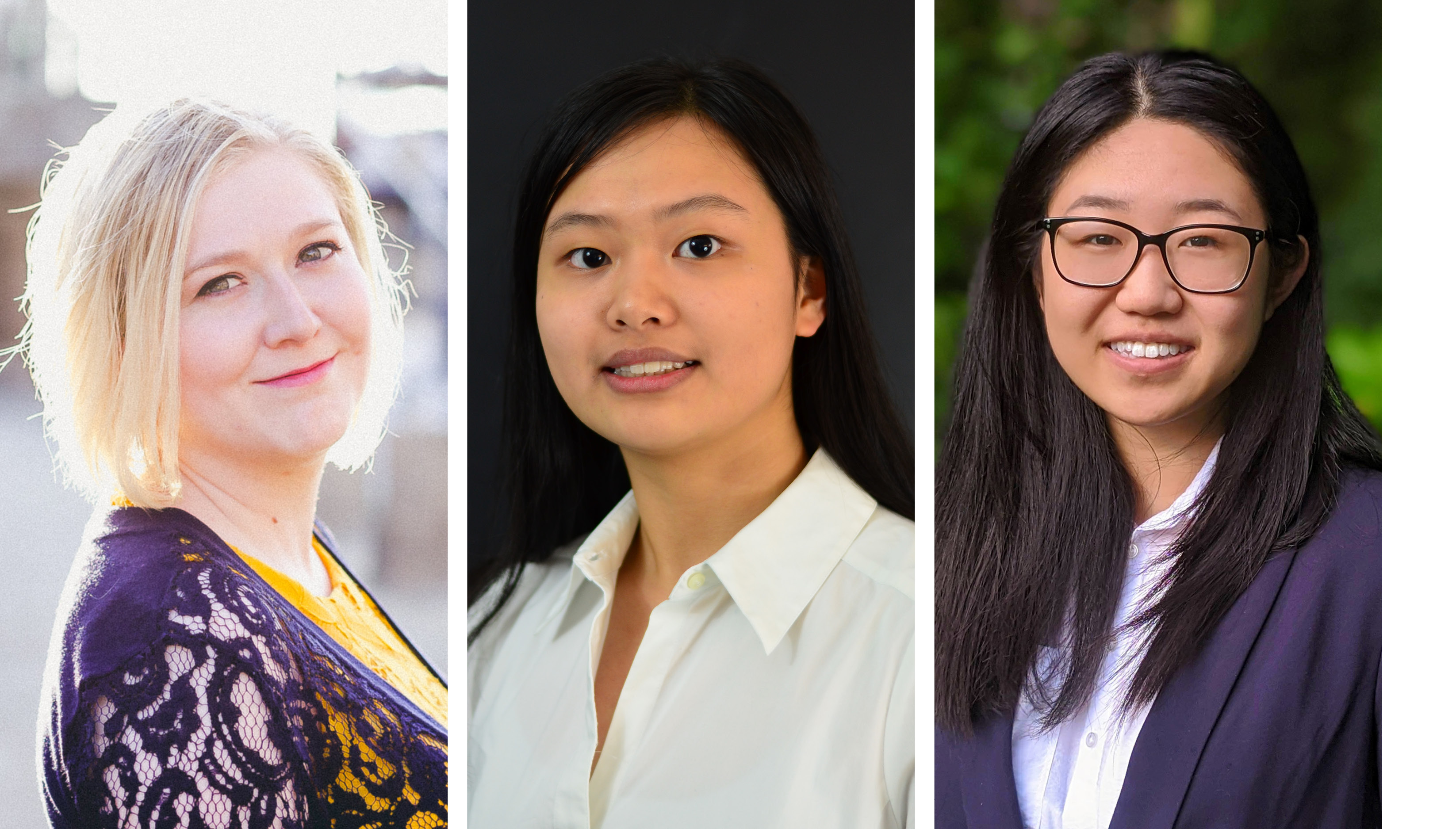 The students had recently reached the third round of the design competition, which was organized by the Penn State Altoona Rail Transportation Engineering program and sponsored by Norfolk Southern. For the competition, the challenge was to develop a creative solution to reduce highway grade rail crossing collisions between trains and vehicles. All of the entering teams were given a set of crossings at an existing roadway intersection in California. The duo thought it would help to speak with an experienced signal engineer as they worked on their solution.

“Their original idea was to create a sign at the intersection with strobe lights that would alert people that there were trains coming,” Claire said. “I gave them some of the basic technology that exists for signaling and grade crossings, things to keep in mind when they’re designing for safety. The design they came up with was absolutely fascinating.”

The pair ultimately proposed developing an electronic billboard that would show information about the rail crossing, such as statistics about the number of trains that come through every day. If a train was approaching, the billboard would turn on and start playing informational videos. The billboards would give drivers something to look at while they were waiting for a train to pass so they wouldn’t get impatient. While it wasn’t an interactive sign, it was both educational and entertaining.

Additionally, the gates at the rail crossing would have a motion sensor, and if the sensor detected a vehicle getting too close to the gate, the billboard would warn the driver with flashing lights and words like ‘Danger.’

The students prepared a report, PowerPoint presentation, and a model to show the judges. Claire, who watched their presentation during the judging, was thrilled with how the two students performed. “Most of the contest entries consisted of expensive pedestrian walkways, like a road bridge over crossings,” said Claire. “The solution that Jenna and Eileen came up with would only cost about $10,000 and was the most cost-efficient.”

Their second place showing earned Jenna and Eileen $2,000 in scholarship money, which they split between them.