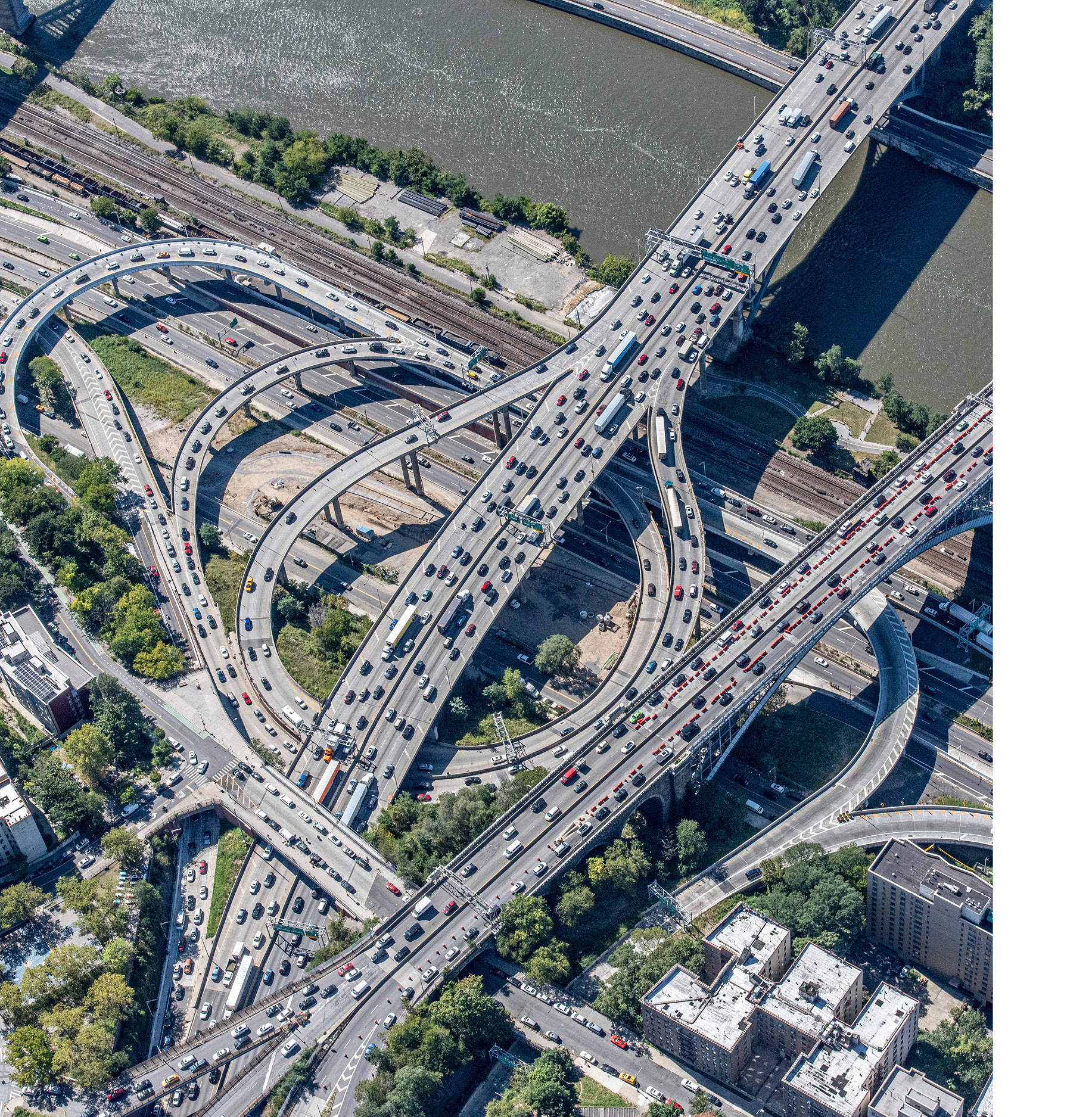 The Posillico Civil, Inc. and STV design-build team was honored by the Associated General Contractors of New York State (AGC NYS) with a Jeffrey J. Zogg Build New York Award for the team’s work on the Alexander Hamilton Bridge Interchange in the Bronx, NY. AGC NYS announced this achievement in December in its AGC Cornerstone Magazine.

Posilico served as the contractor while STV was the lead designer for this complex interchange overhaul project.

The award program recognizes the positive impacts of the construction industry. The Alexander Hamilton Bridge Interchange was among six winning projects from across New York state.

The original, prescribed plan entailed replacing the ramps span-by-span during successive weekend road closures over a 26-month schedule. STV’s design team developed an alternate proposal that kept traffic flowing and minimized disruptions for motorists and the surrounding community. This alternate proposal featured the design of fascia girders running the length of each ramp, which added two feet to each side. At the same time, the pioneering use of seismic isolation bearings maintained the existing footprint of the bridge piers in the extremely confined urban space. The new girders allowed staged construction, while also providing structural redundancy to meet modern bridge standards and enhance operational safety for motorists.

The team’s solution avoided closures that could have resulted in financial penalties to the contractor, major traffic disruptions, and negative impacts on the nearby neighborhood.