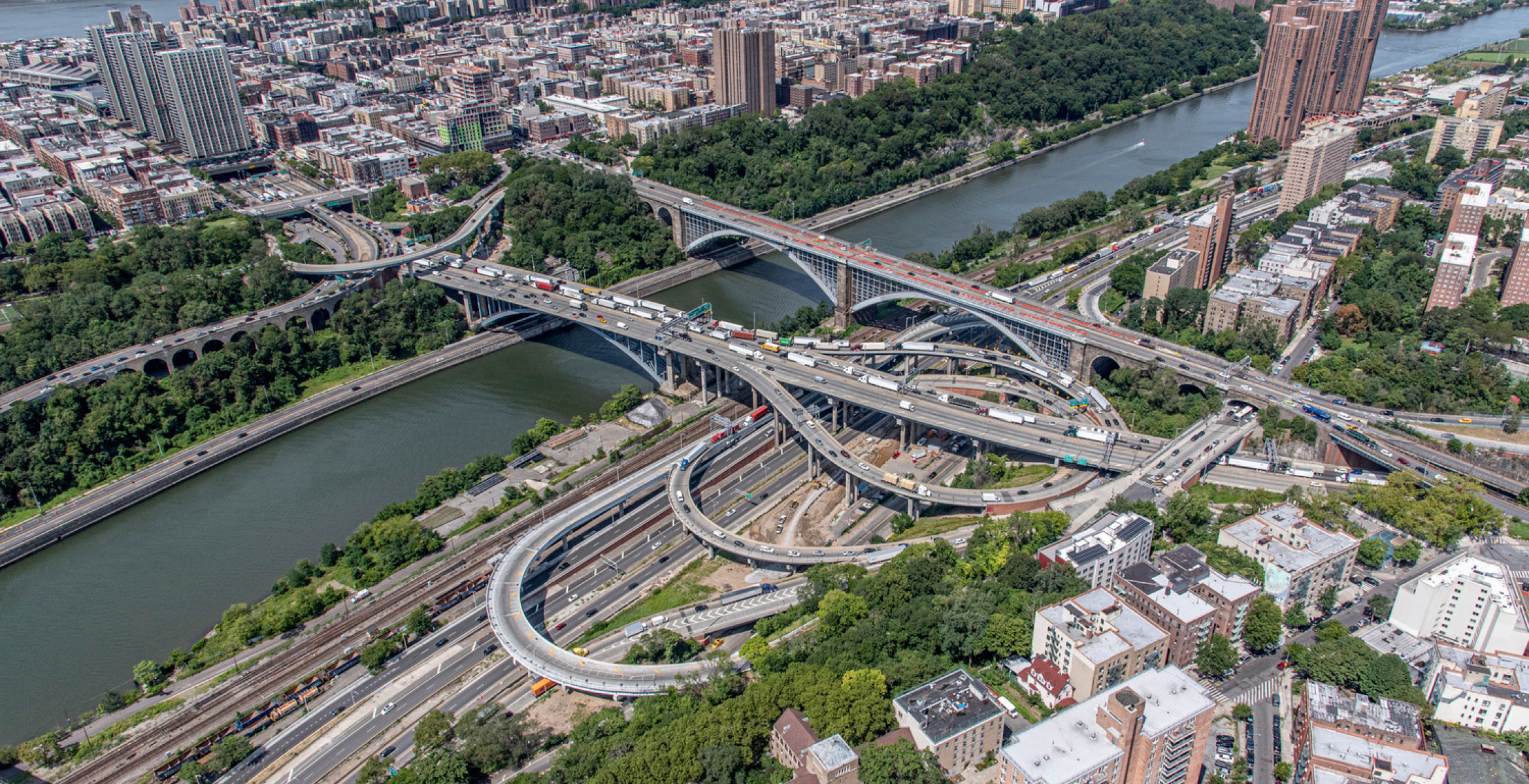 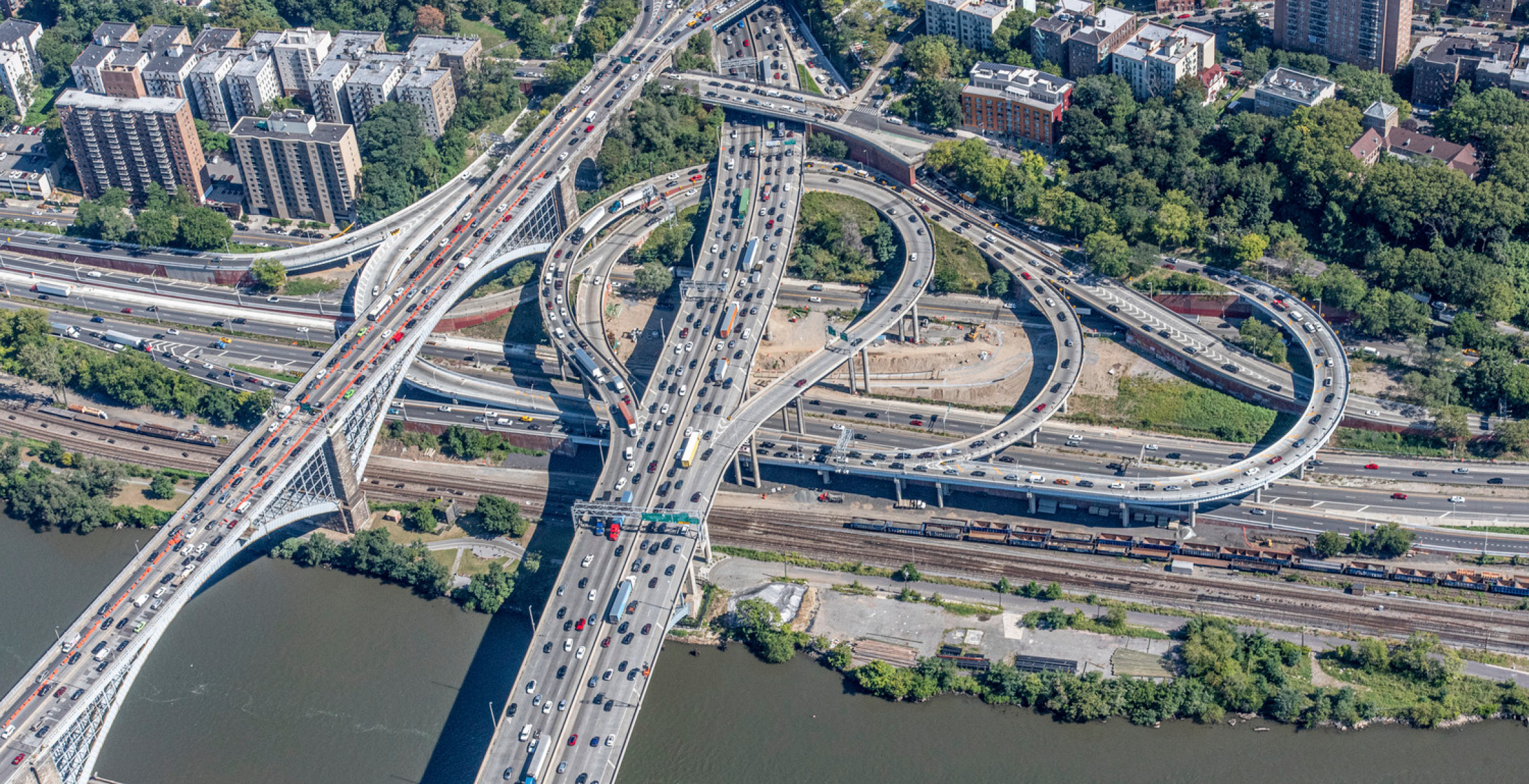 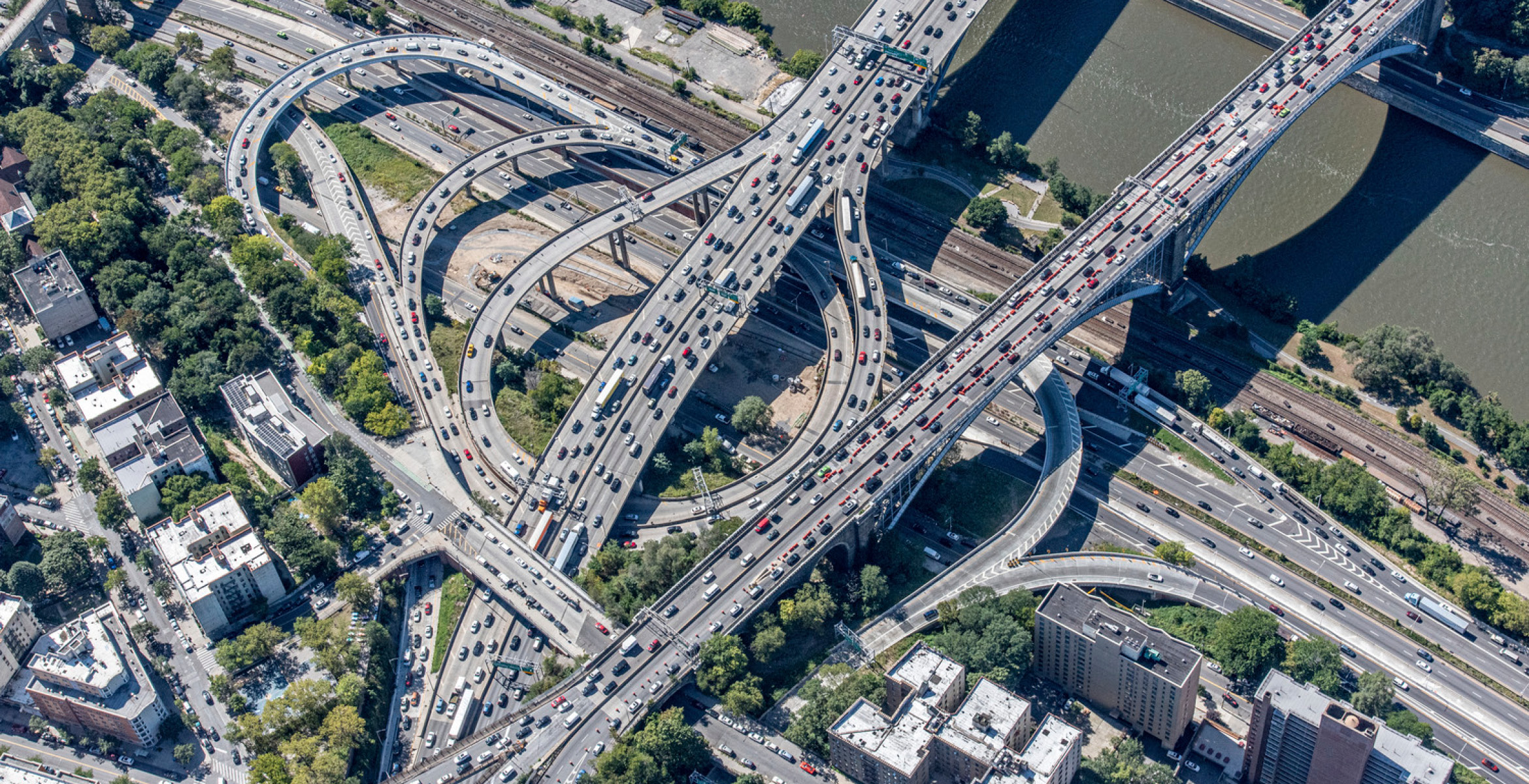 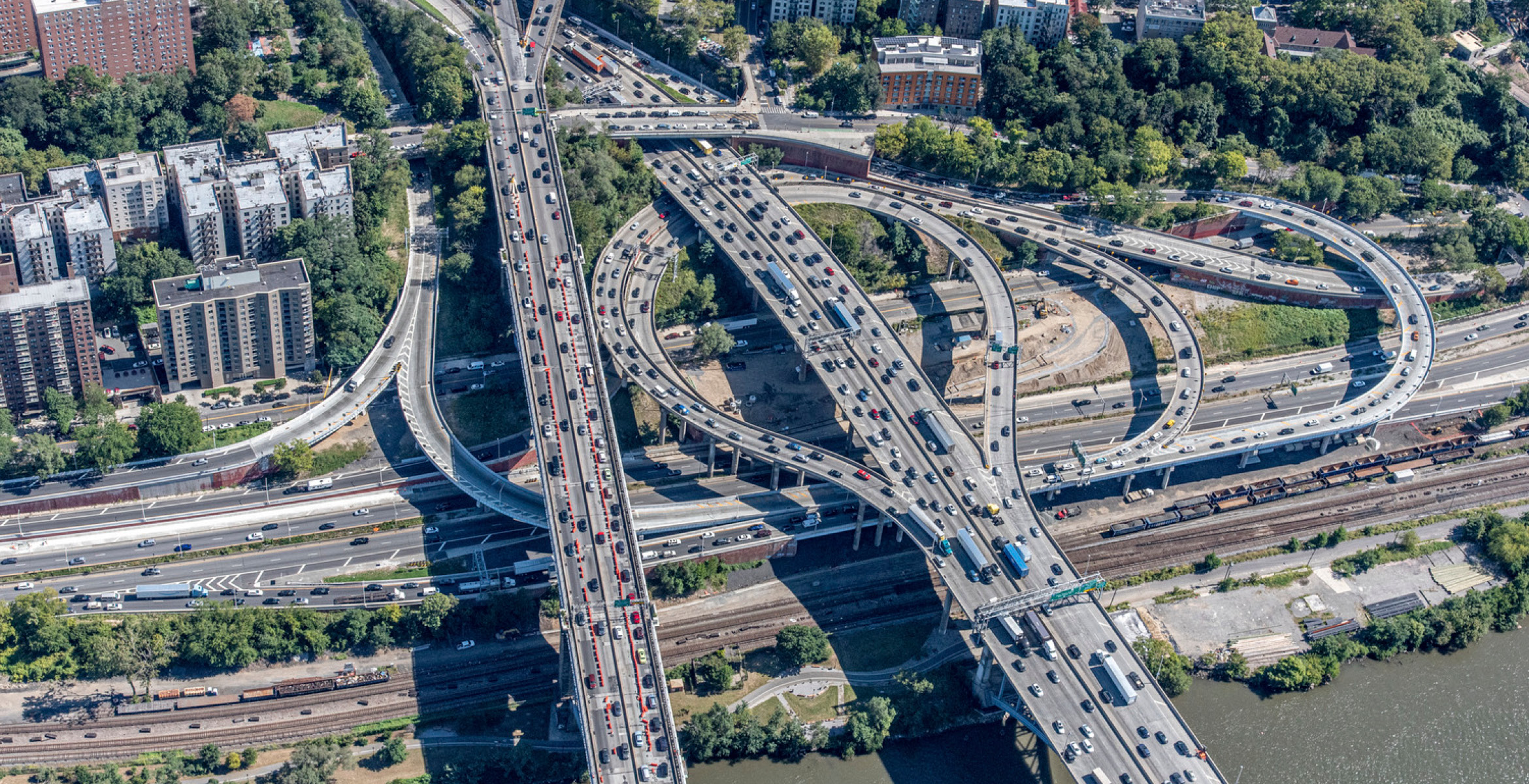 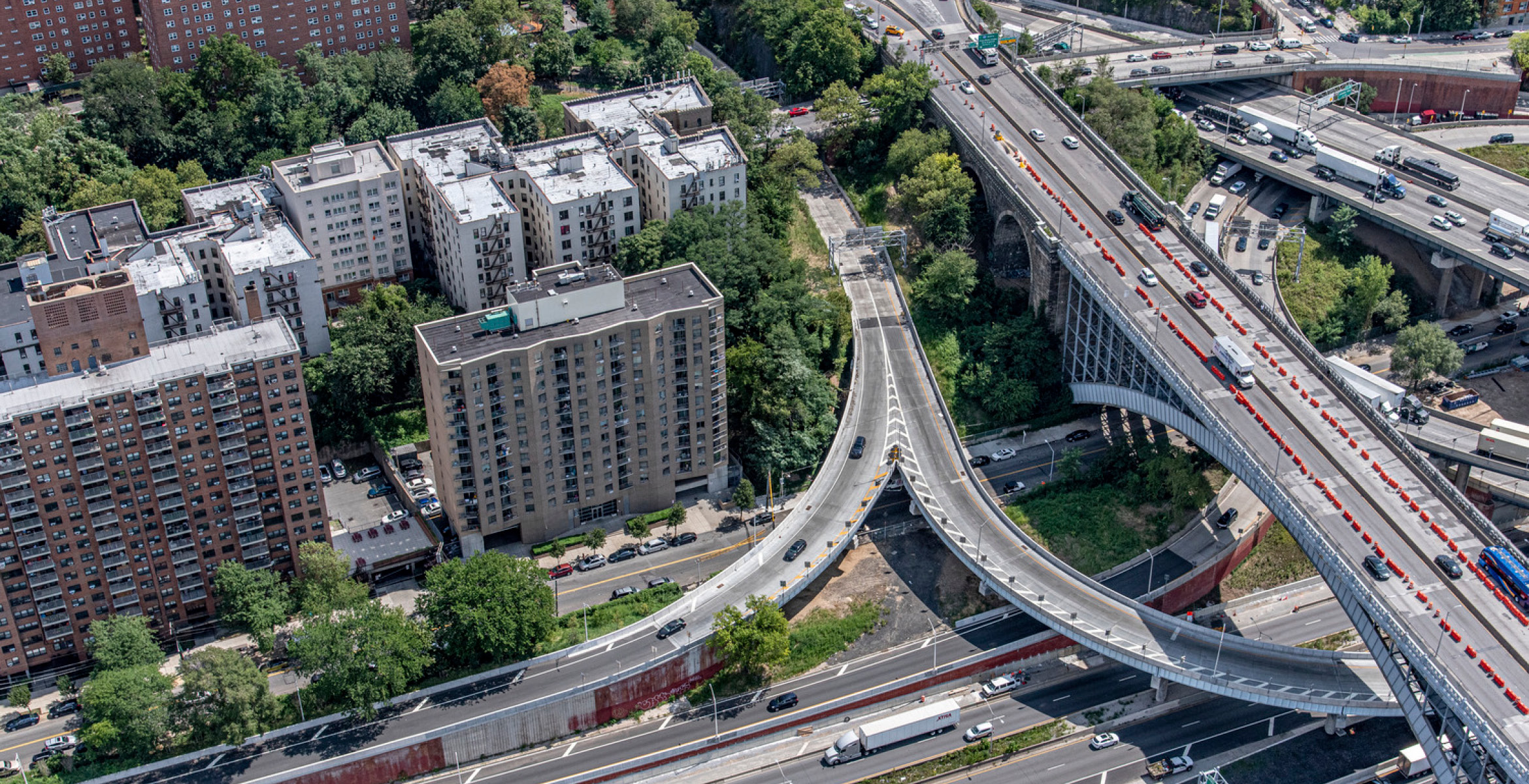 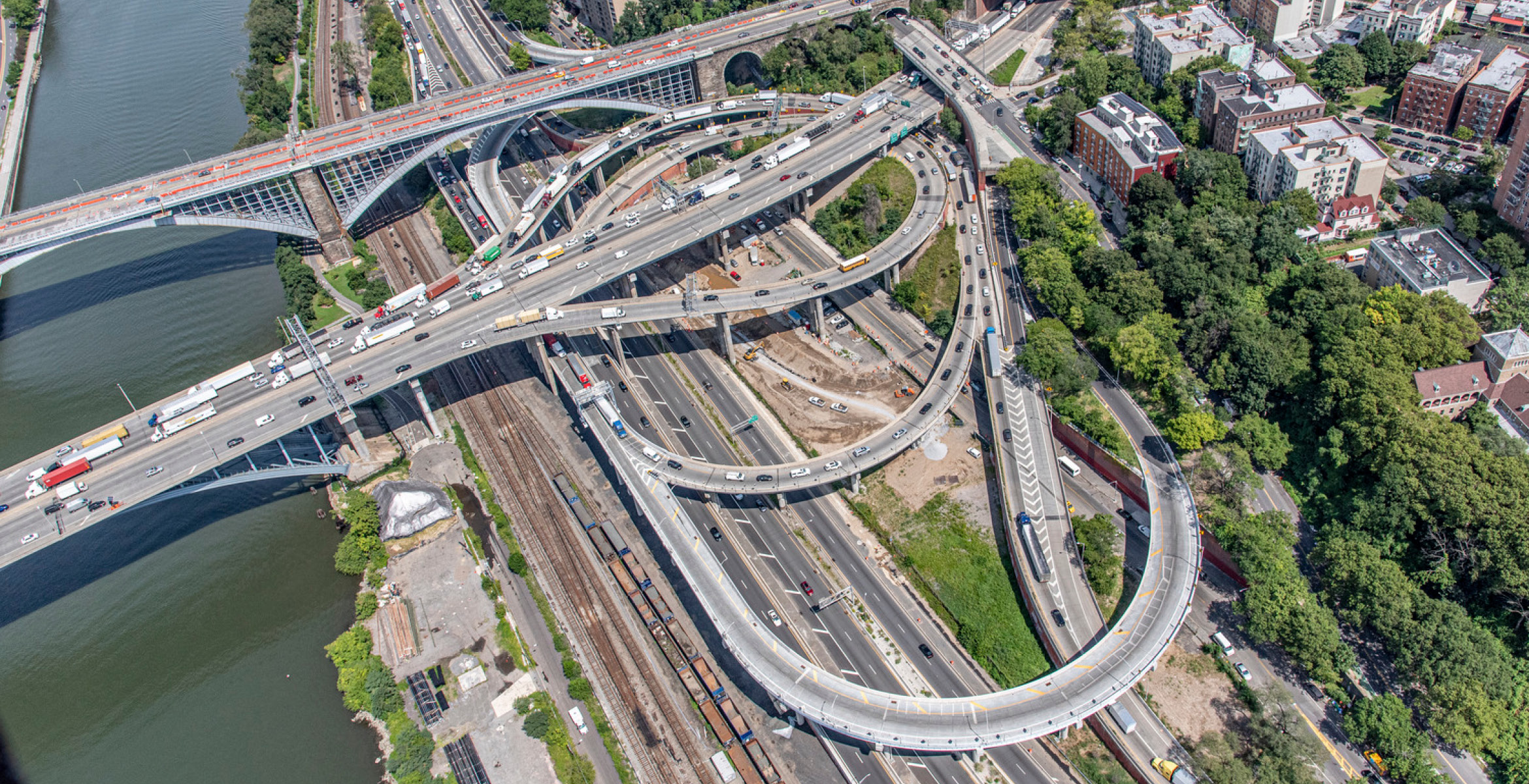 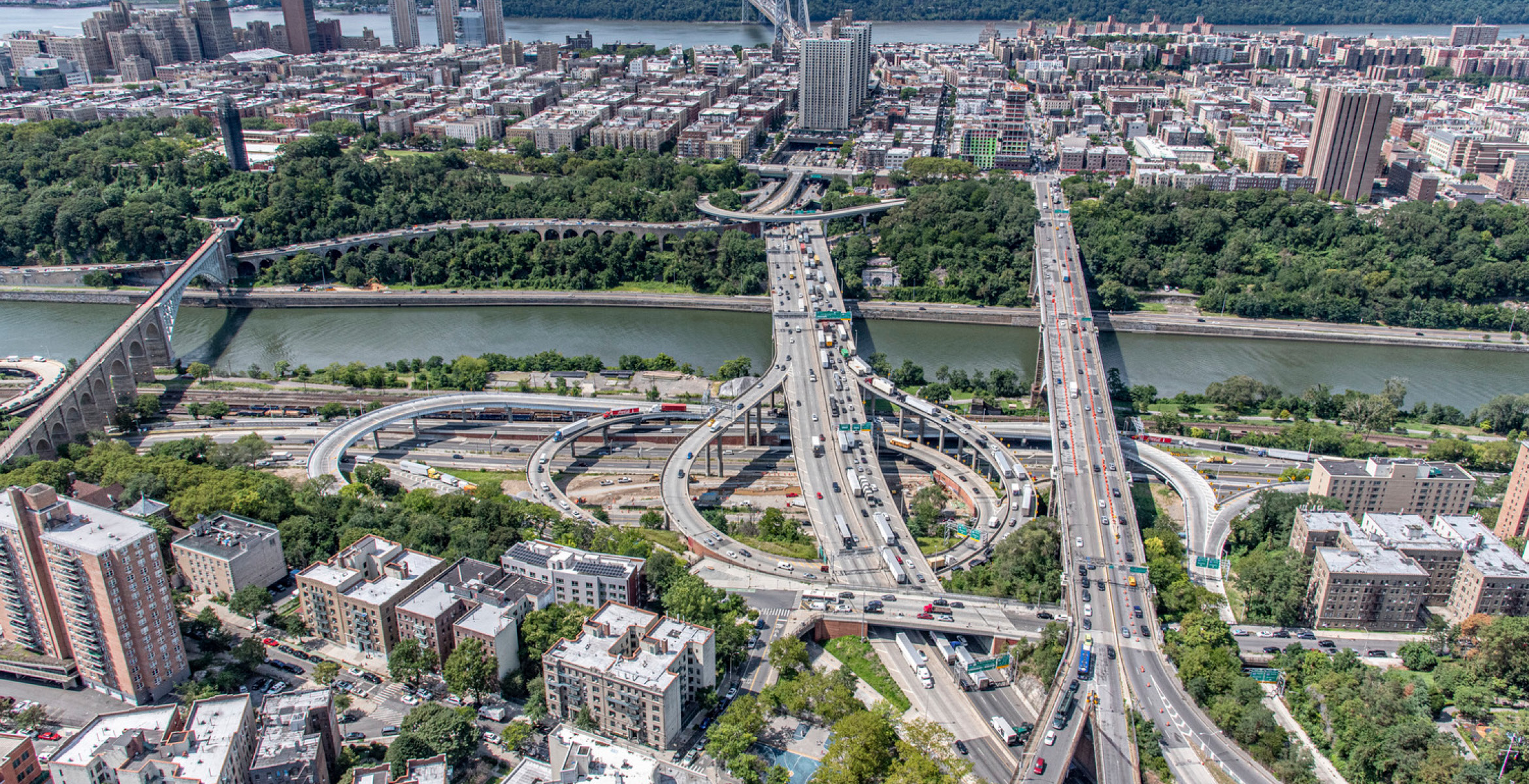 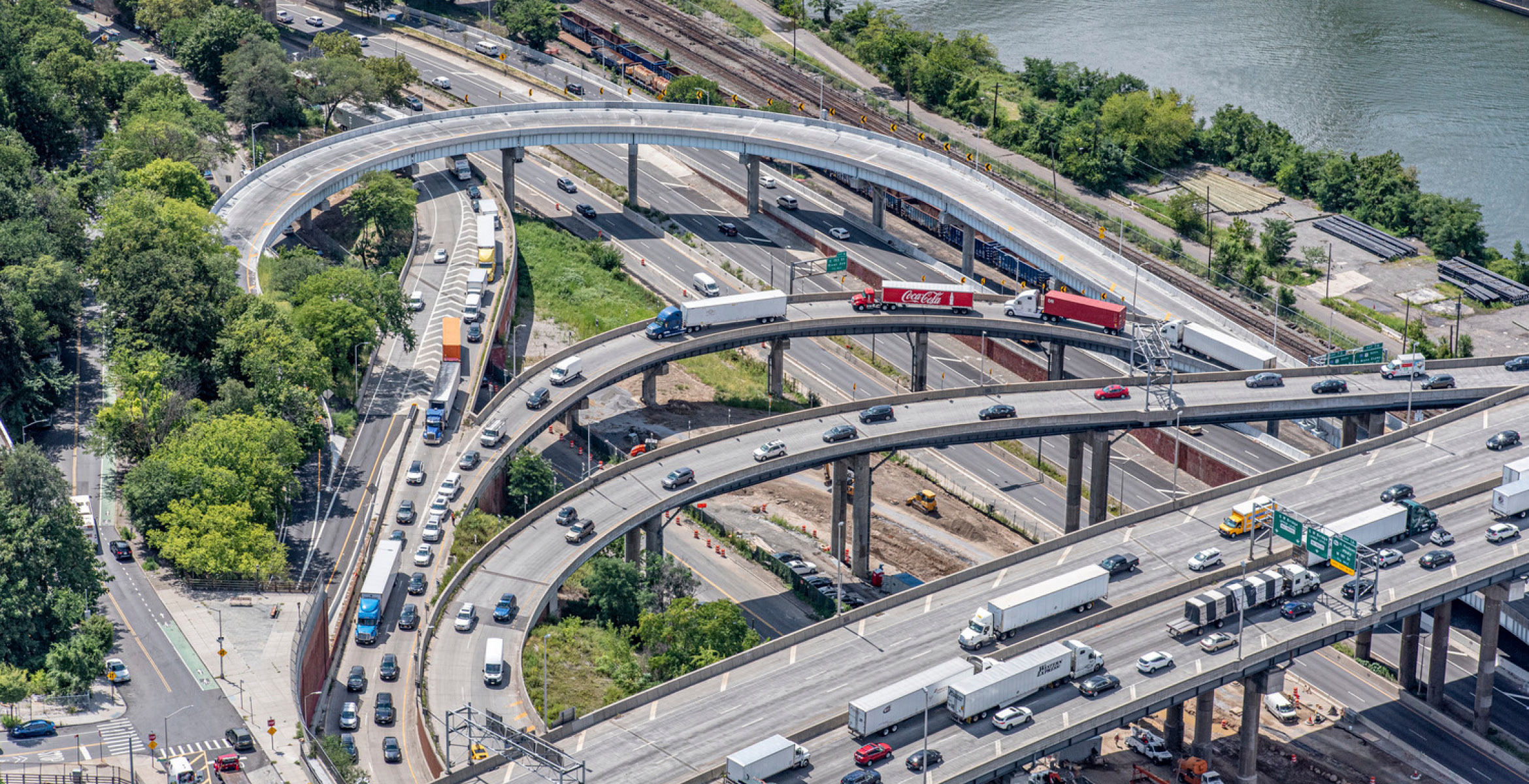 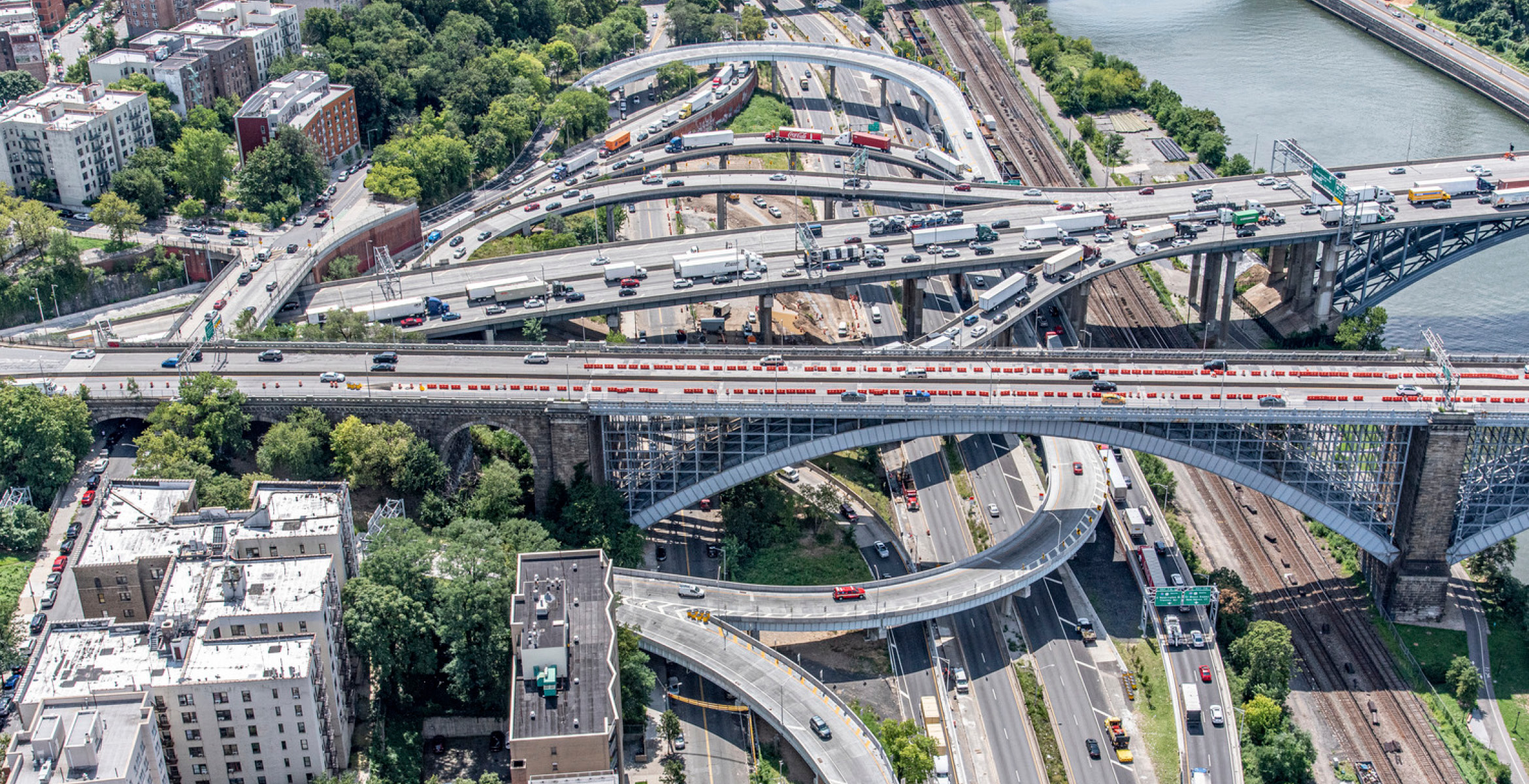 The Alexander Hamilton Bridge Interchange serves as the nexus for two of the busiest highways in the region and carries more than 120,000 vehicles a day. STV served as the lead designer for the design-build team chosen by the New York State Department of Transportation for its innovative proposal to improving and modernizing three ramps and more than a mile of roadway approaches.

Rather than use the prescribed plan to replace the ramps span-by-span during successive weekend road closures over a 26-month schedule, STV’s design team developed an alternate proposal that would keep traffic flowing and minimize disruptions for motorists and the surrounding community. This alternate proposal featured the design of fascia girders that run the length of each ramp, thereby adding two feet to each side. At the same time, the pioneering use of seismic isolation bearings maintained the existing footprint of the bridge piers in the extremely confined urban space. In addition to allowing for the use of staged construction, the new girders provide structural redundancy to meet modern bridge standards and enhance operational safety for motorists.

The team’s solution avoided closures that could have resulted in financial penalties to the contractor, major traffic disruptions, and negative impacts on the nearby neighborhood.