STV is an award-winning professional firm consistently ranking among the country's top companies in education, justice, highways, bridges, rail and mass transit sectors. This success is the direct result of our employees' commitment to innovation and quality. Throughout the United States and Canada, STV’s professional, technical and support personnel offer services to a broad and expanding client base. 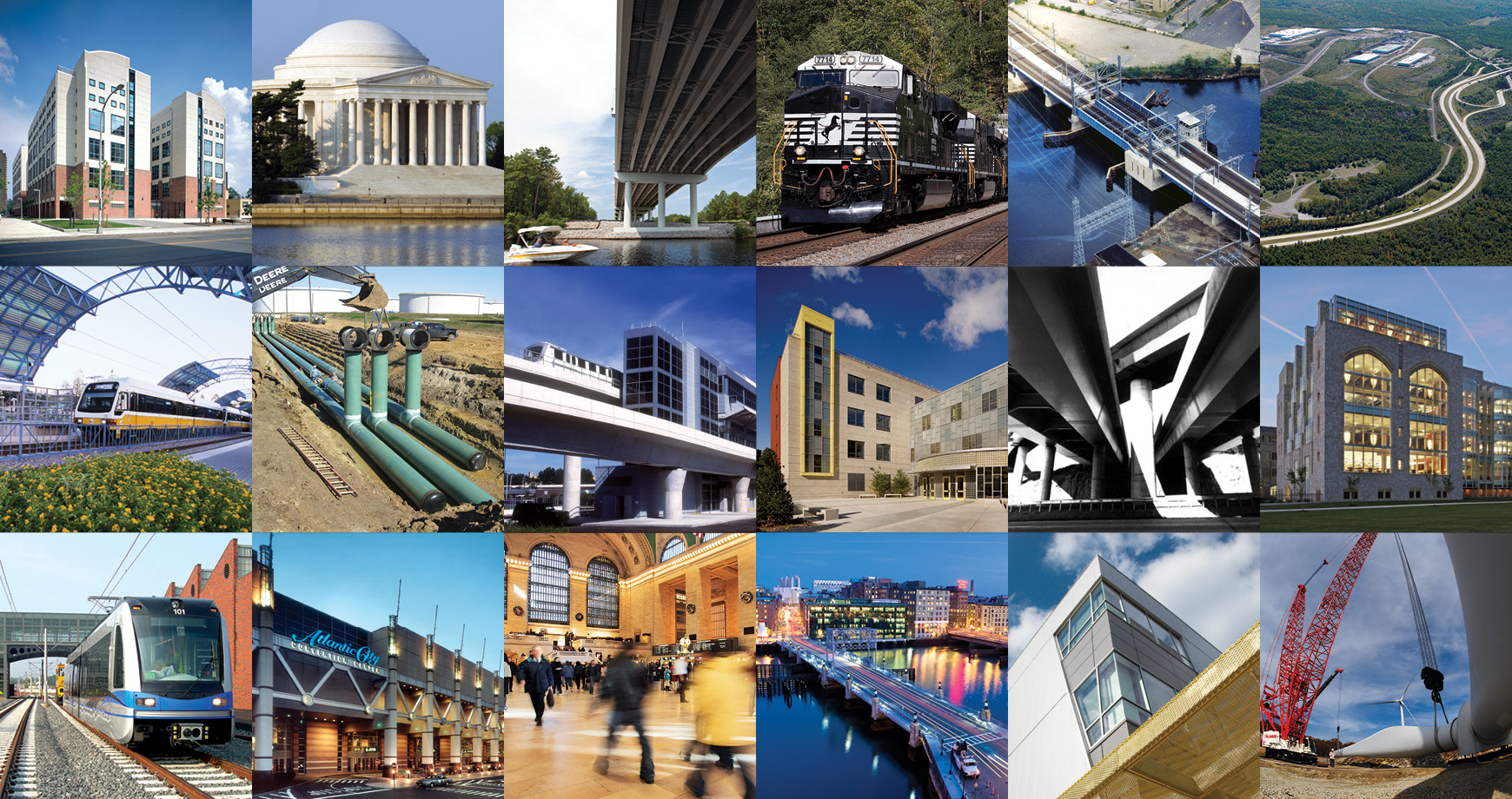 We provide a complete range of planning, engineering, architectural, environmental, and construction management services to transportation, infrastructure, design-build, institutional, commercial, energy, industrial, and military clients. Founded more than 100 years ago, we are quality-driven, client-focused, and have a vision for the future.

From a small structural engineering firm in 1912 to more than 2,200 people strong today, STV has always embraced the idea that to have a sustained level of success, you have to be client-focused and quality-driven. 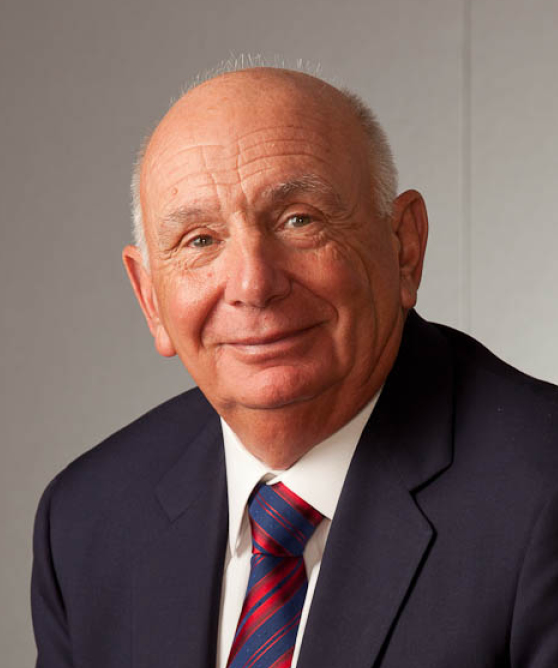 Mr. Servedio came to STV after many years in the public sector. He has been continuously associated with the firm since 1977 and was elected president and chief operating officer of STV Group in 1993, chief executive officer in 1999 and chairman in December 2001. He was named executive chairman in September 2011.

He is also an active member of the Construction Industry Roundtable, the Design Professionals Coalition, and is a Fellow of the Society of American Military Engineers. He has received the prestigious Goethals Medal from the Society of American Military Engineers and an Ellis Island Medal of Honor. In May 2014, he received an honorary Doctor of Engineering degree from Manhattan College.

As a capstone to his career, Mr. Servedio was elected into the prestigious National Academy of Engineers. Academy membership honors those who have made “outstanding contributions to engineering research, practice, or education.” He is also a member of the National Academy of Construction, an organization comprised of industry leaders who have made outstanding industry contributions. He served as president of that organization from 2014-2016 and remains on its board. 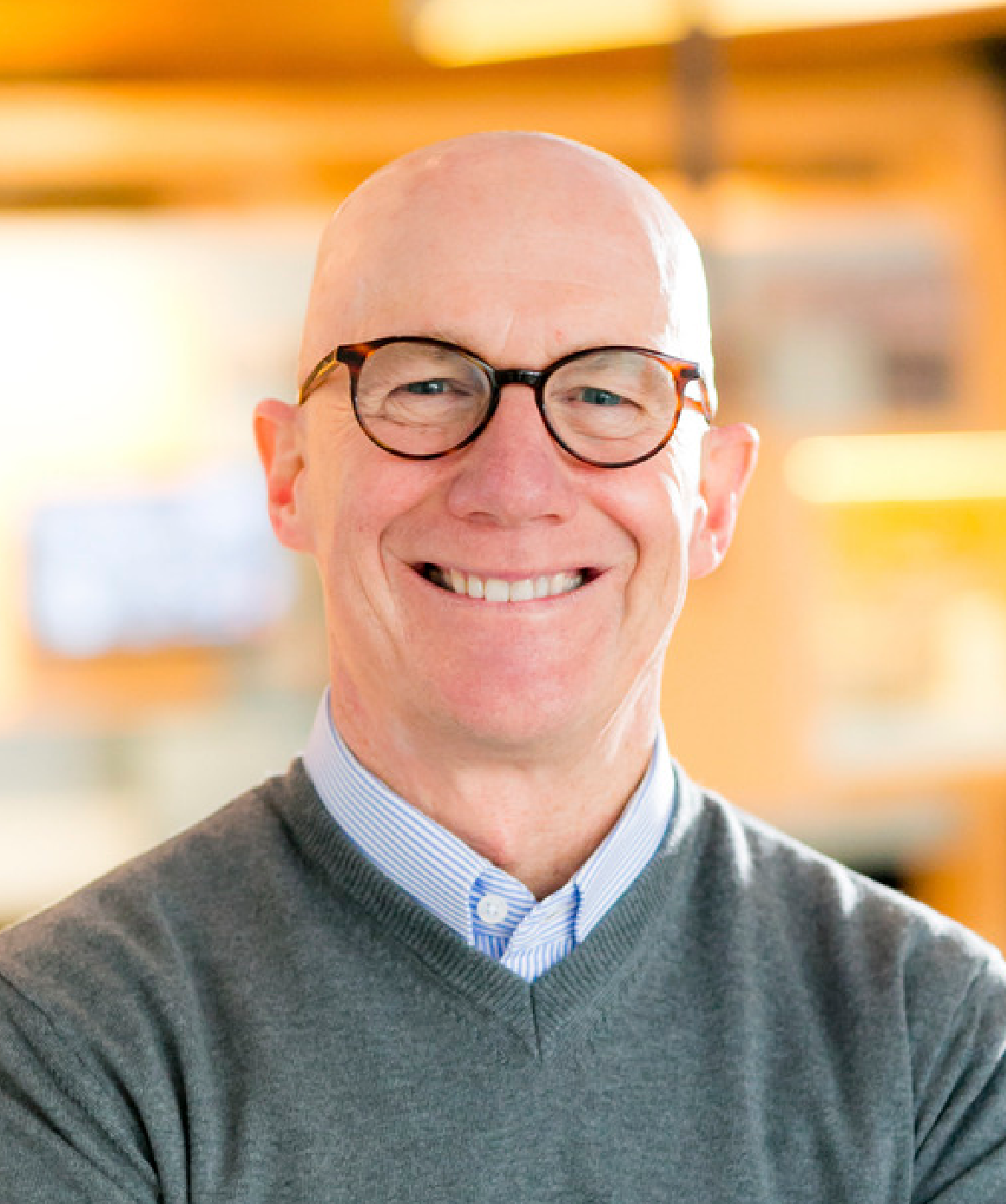 Gregory A. Kelly, P.E., is STV’s president and chief executive officer. In this role, Mr. Kelly is responsible for guiding the firm toward achieving its short- and long-term strategic goals with an emphasis on performance, business development, technology, and human capital.

Prior to joining STV, Mr. Kelly was the chief executive officer of a leading provider of asphalt products, aggregates, and construction services in the Midwest. Before this role, he was president and chief executive officer of a leading engineering professional services firm, where he led a team of nearly 10,000 planners, engineers, scientists, and construction and program managers, undertaking major infrastructure projects for governments, public agencies, and private companies, worldwide.

An active member of the industry, Mr. Kelly has been elected to the National Academy of Construction, and The Moles, as well as the Construction Industry Round Table. He has received many accolades throughout his career, including the 2019 American Consulting Engineer Council’s Chair Emeritus Award, the 2017 Beverly Willis Foundation Award, the 2017 New York Building Congress Industry Recognition Award, the 2014 Engineering Excellence Award (Eagle Award) from the New Jersey Alliance for Action, Engineer of the Year by North Jersey Branch of the American Society of Civil Engineers, New Principal of the Year by the New York Association of Civil Engineers, and the ACE Mentor of the Year.

Mr. Kelly received a Bachelor of Science degree from Temple University and a master’s degree in civil engineering from the New Jersey Institute of Technology. He is a registered professional engineer in multiple states. 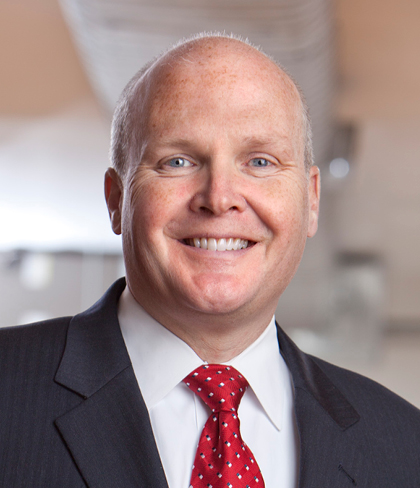 A member of STV’s operating committee, he serves on its Investment Committee and is a member of its Strategic Planning Group, helping to chart the firm’s future growth and expansion.

Earlier in his career, he held several different finance roles, including chief financial officer for various firms. He began his career with the global accounting firm Ernst & Young, LLP. Mr. Butcher earned his Master of Business Administration degree from the University of New Hampshire and bachelor’s degrees in accounting and history from Marietta College. He is a Certified Public Accountant. 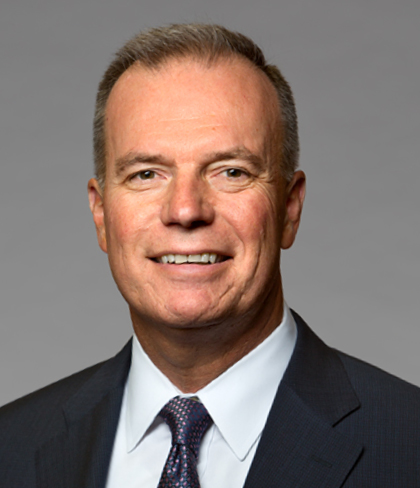 As STV’s chief operating officer, Chuck Kohler, P.E., S.E., oversees the daily operations of the firm. He is an accomplished engineering and construction professional who, over the course of his more than 30-year career, has demonstrated strong business, operations and project delivery skills.

Mr. Kohler has amassed industry experience in almost every engineering and construction professional service role, including design engineer, site engineer, division manager, project/program manager, operations director and corporate executive. Prior to joining STV, he served as the global director of project operations for a major design/construction consultancy firm, where he was responsible for supporting the company’s program management, capability development and risk management efforts worldwide.

Mr. Kohler holds Bachelor of Science and Master of Science degrees in civil engineering from the University of Illinois at Champaign, and a Master of Business Administration degree in finance and international business from Northwestern University. He is a registered professional engineer and a licensed structural engineer. 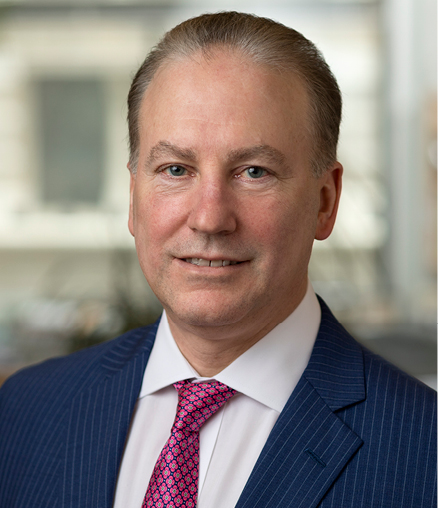 Richard M. Amodei is executive vice president of the firm’s Transportation & Infrastructure Division, a North American practice that combines the firm’s mass transit, rail, highway/bridge and aviation infrastructure capabilities. The division is engaged in all aspects of transportation and infrastructure planning, design and construction/program management services, including design-build and P3 projects.

Since joining STV in 1999, Mr. Amodei has been instrumental in growing STV’s role in the public transportation market throughout the U.S. and Canada. Most recently he served as manager of the division’s Northeast region, with offices in New York, Connecticut, Massachusetts, New Jersey, Pennsylvania and Canada. Under his leadership, the Northeast region grew rapidly, adding more than 200 employees in all disciplines. The region is STV’s largest, and undertakes many of the firm’s most expansive and complex assignments. Earlier he served as the director of business development for the Transportation & Infrastructure Division in North America. 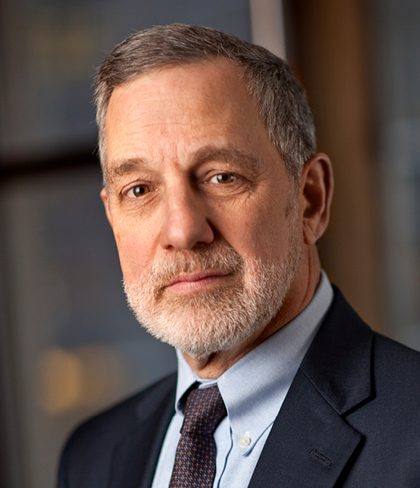 Mr. Miller has more than 30 years of design and management experience in the architectural and engineering industry. His diverse portfolio includes federal and defense work, as well as transportation, education, justice and health care projects. 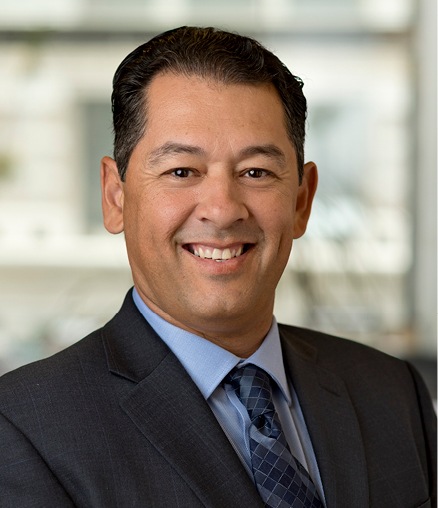 Mr. Delgado is a 25-year veteran in the industry. Prior to joining STV, he served as U.S. west region director of growth for a multinational engineering firm, where he oversaw more than $7.5 billion in projects across 32 states. In that capacity, he led the business line strategy for growth, sales, staff development, and client engagement, improving capture rates in key markets and developing plans for new frontiers. Earlier, Mr. Delgado was the firm’s director of operations, spearheading new initiatives and growing and diversifying its business opportunities. Among his many clients were the City of Dallas; San Diego and Los Angeles Unified School Districts; Peralta Community College; and University of Texas; as well as numerous government and private sector clients.

At Instituto Tecnológico de Estudios Superiores de Monterrey, Mr. Delgado earned his Bachelor of Architecture and Master of Business Administration degrees, the latter in an exchange program with University of Texas at Austin. He is a board member of the Construction Management Association of America and a past president of its North Texas Chapter, and received its Chairman’s National Award in 2017. Mr. Delgado also serves on the board of directors of the Regional Hispanic Constructors Association of America. 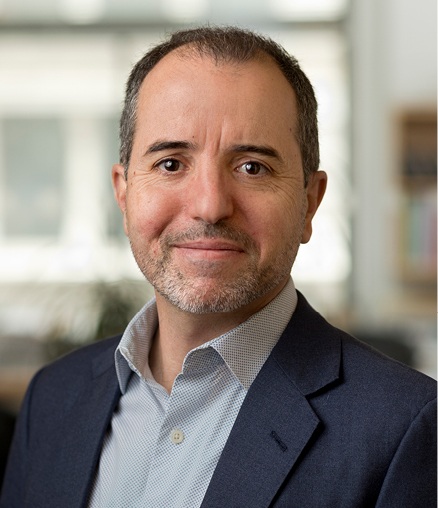 Marcos Díaz González is an Executive Vice President at STV, responsible for the firm’s Advisory Services and program management capabilities.

Mr. Díaz González is a dedicated leader and strong proponent of corporate social responsibility. At the ACE Mentor Program of Greater New York, he is an executive board member and vice chair of engineering. He is also the vice chairman of the board of the Brooklyn-based Gowanus Canal Conservancy, where he is part of a team driving transformation of this superfund site into an inclusive community-based waterfront park system. Mr. Díaz González also co-chairs the advisory board for Columbia University’s Center for Buildings, Infrastructure, and Public Spaces, and sat on the advisory board of NYC Department of Education’s Youth Career Connect Task Force.

Mr. Díaz González studied engineering in Spain, received his Bachelor of Arts degree in Urban Studies from Stanford University, and holds both Master of Architecture and Master of Business Administration degrees from Yale University. He has presented in forums at the United Nations, and has lectured at Yale University, the Massachusetts Institute of Technology, and New York University, and is currently an adjunct professor at Columbia University’s Engineering School. He was one of Engineering News-Record New York’s inaugural Top 20 Under 40 awardees. In 2020 he was announced as the recipient of the ACE Mentor Program of Greater New York Board Service Award. 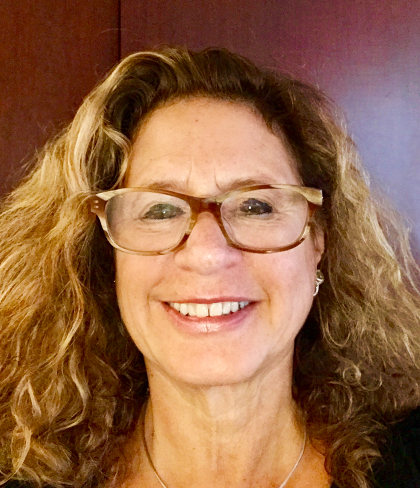 With STV since 2005, she has more than 30 years of experience as a lawyer. Prior to joining the firm, Ms. Held handled all phases of complex commercial litigation for several New York law firms. STV was among the clients that she represented during those years.

Ms. Held received a Bachelor of Arts degree in social sciences from the State University of New York at Stony Brook, and earned her Juris Doctor degree from St. John’s University School of Law. 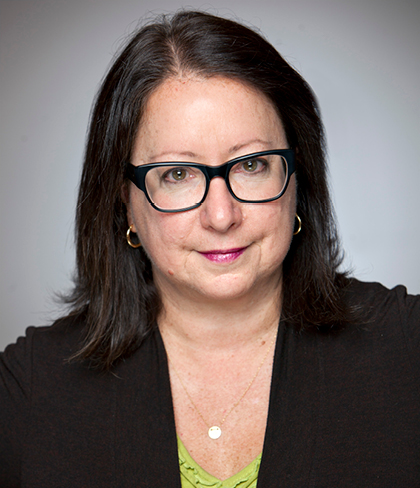 Ms. Rosenberg manages the marketing, communications, creative services, and research functions of STV, and serves on its operating committee. She has over 35 years’ experience in the engineering and construction industry.

She is a member of the scholarship committees for the Society of American Military Engineers New York City Post, American Consulting Engineers Council of New York, and the ACE Mentor Program of Greater New York, and is a member of the Women’s Transportation Seminar Greater New York Chapter. She also serves on the board of Those Amazing Professions, a non-profit organization founded to help kids become aware of careers in various professions, including those in the construction industry.

Ms. Rosenberg has a Bachelor of Arts degree in Human Ecology from Connecticut College and an MBA in Finance from the Fordham University Gabelli School of Business. 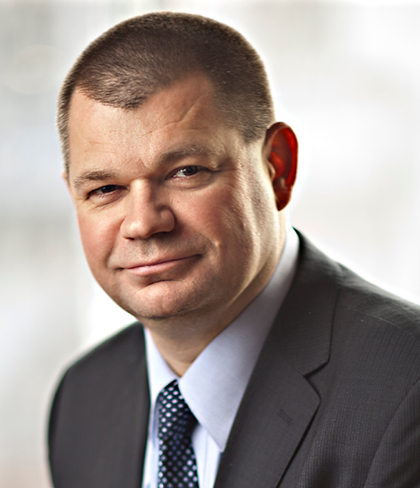 Tibor D. Menyhert, vice president, is STV’s chief information officer. With more than 25 years’ experience, he is an expert in IT governance and planning and has extensive experience in global information technology management.

He is a member of the company’s operating committee, and is involved with many of the firm’s projects and corporate strategic planning.  He has implemented new initiatives that have focused the organizations Information Technology services towards providing efficient and cost effective solutions to meet the evolving needs of STV and its clients in today’s highly digitized global market.

Mr. Menyhert received his master’s degree in technology management from the Stevens Institute of Technology, in Hoboken, NJ, and his Bachelor of Science in electrical engineering technology from the New Jersey Institute of Technology, Newark, NJ.  He is a member of the Construction Management Association of America, American Council of Engineering Consultants, Society for Information Management and has served on various industry related advisory boards and committees. 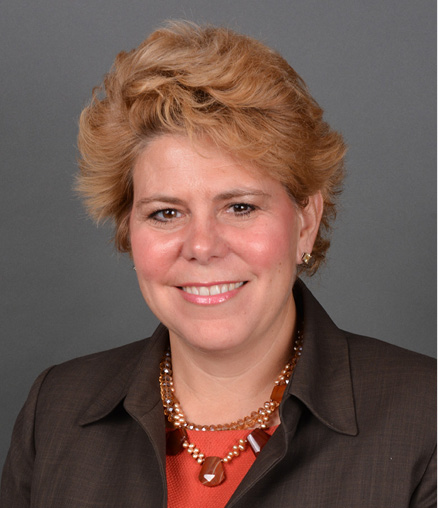 Ms. Glatzhofer holds a Master of Science in Human Resources Management from Northeastern University and a Bachelor of Arts in Psychology from the University of Connecticut.