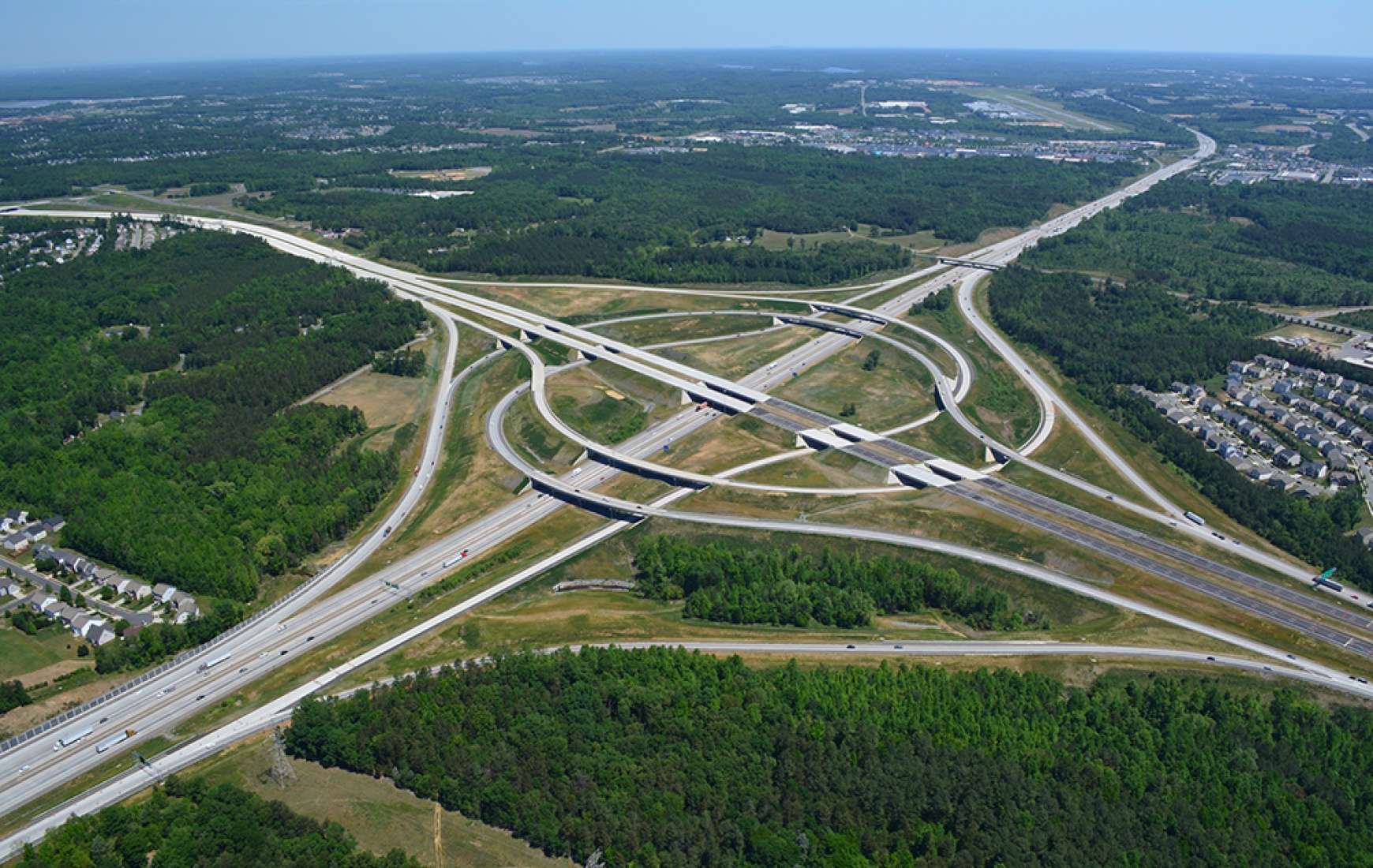 North Carolina’s I-485/I-85 interchange in Charlotte, also known as the “turbine interchange,” was recognized as one of the top design-build projects in the United States when it received the 2015 Excellence in Design (Engineering) award from the Design-Build Institute of America (DBIA). The project also received the Grand Conceptor Award from the American Council of Engineering Companies (ACEC) North Carolina Chapter, the top prize in the organization’s 2016 Engineering Excellence Awards. The Lane Construction Corporation/STV was the design-build team that created this new icon in the Southeastern U.S.

“These awards are a tremendous honor, not only for the project’s owner, the North Carolina Department of Transportation (NCDOT), and the Lane/STV design-build team, but also for the tens of thousands of motorists who use this interchange daily,” said Edward Jenkins, P.E., STV senior vice president and deputy director of the firm’s Transportation & Infrastructure Division. “This project closes the final link for Charlotte’s critical I-485 Outer Loop. Its unique design led to nearly $30 million in savings for the owner and the aggressive construction program allowed it to open earlier this year a few months ahead of schedule.”

The turbine design is notable for its left-turning ramps that sweep around the center of the interchange in a spiral pattern. During the technical proposal phase of this pursuit, Lane/STV chose to explore the turbine interchange as an alternative design. The original proposal called for a four-level “stack” design featuring a number of high-level, long-span bridges that would be difficult to construct and require an off-site detour for interstate traffic. The turbine was designed within the same project footprint and featured fewer constructability concerns, such as the elimination of long, steep flyover profiles and multiple 1,000-foot-long bridges.

Lane/STV’s ambitious decision to change the interchange’s conceptual design was rewarded when NCDOT awarded the design-build team a contract in 2011. From there, the team worked closely with NCDOT and other stakeholders to address their needs at every level of the project’s design and construction. Notably, the team managed more than 90 design plan submittals, which included NCDOT reviews.

About The Lane Construction Corporation: The Lane Construction Corporation is a leading U.S. construction company specializing in the transportation, infrastructure, and energy industries. Lane’s unique combination of capabilities includes public-private partnerships/innovative financing and joint ventures; large, complex design-build and bid-build projects; and the ability to produce and install asphalt, aggregates, and concrete. The firm is currently ranked #1 in Highways and # 9 in the Top 20 Transportation Contractors by Engineering News Record.