STV Celebrates Completion of The Hills at Governors Island 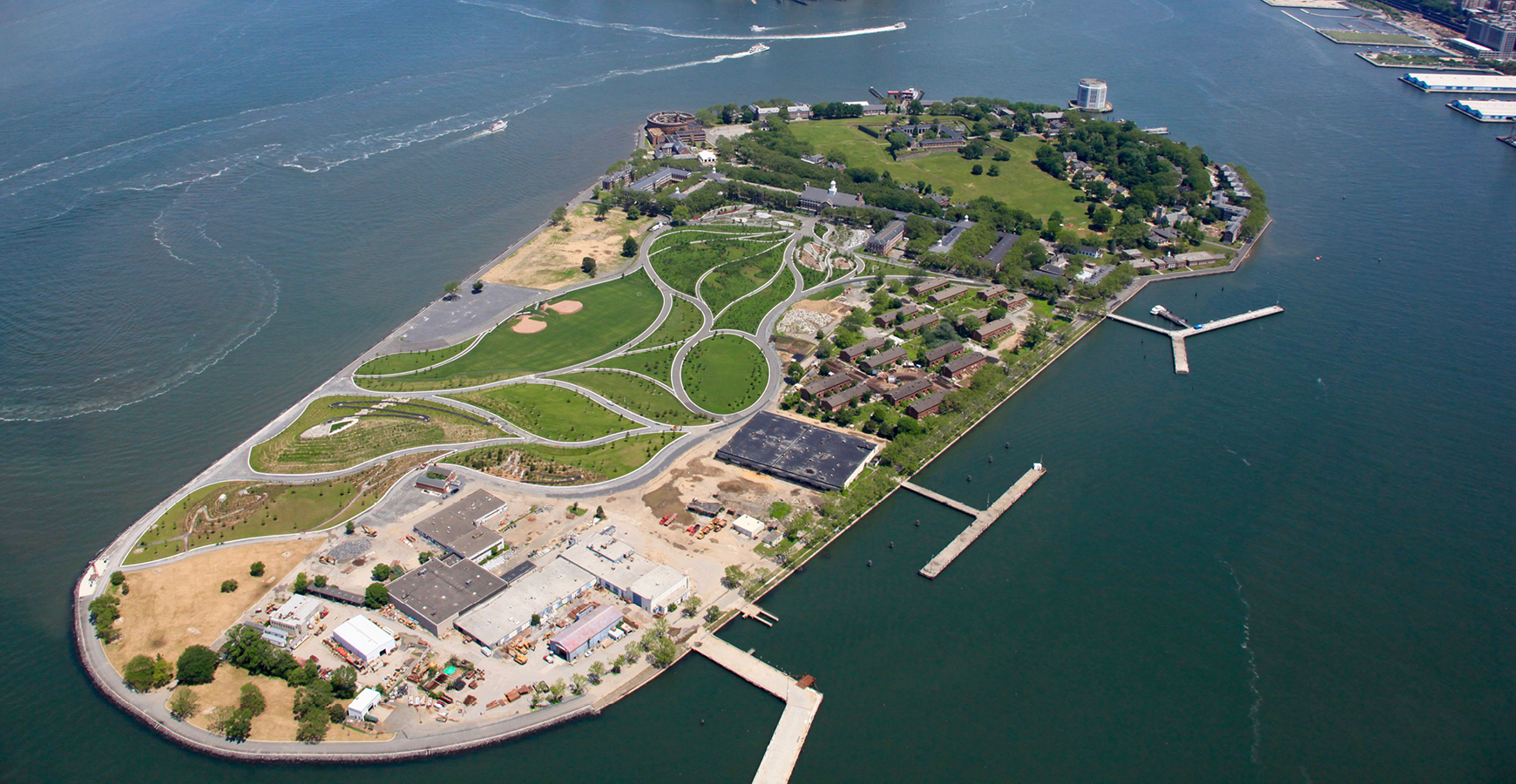 The Hills of Governors Island have come alive as part of the ongoing transformation of New York City’s island park. This one-of-a-kind attraction opened to the public this month – a full year ahead of schedule – thanks in part to the management and planning provided by STV, which served, in a joint venture, as the resident engineer on the project.

The Hills are the latest feature to open at the award-winning Governors Island park, which has been under development since 2006. These four man-made hills rest at the southern tip of the island rising 25 to 70 feet above sea level. They provide new walking paths, recreational opportunities and full 360-degree vistas of New York Harbor. 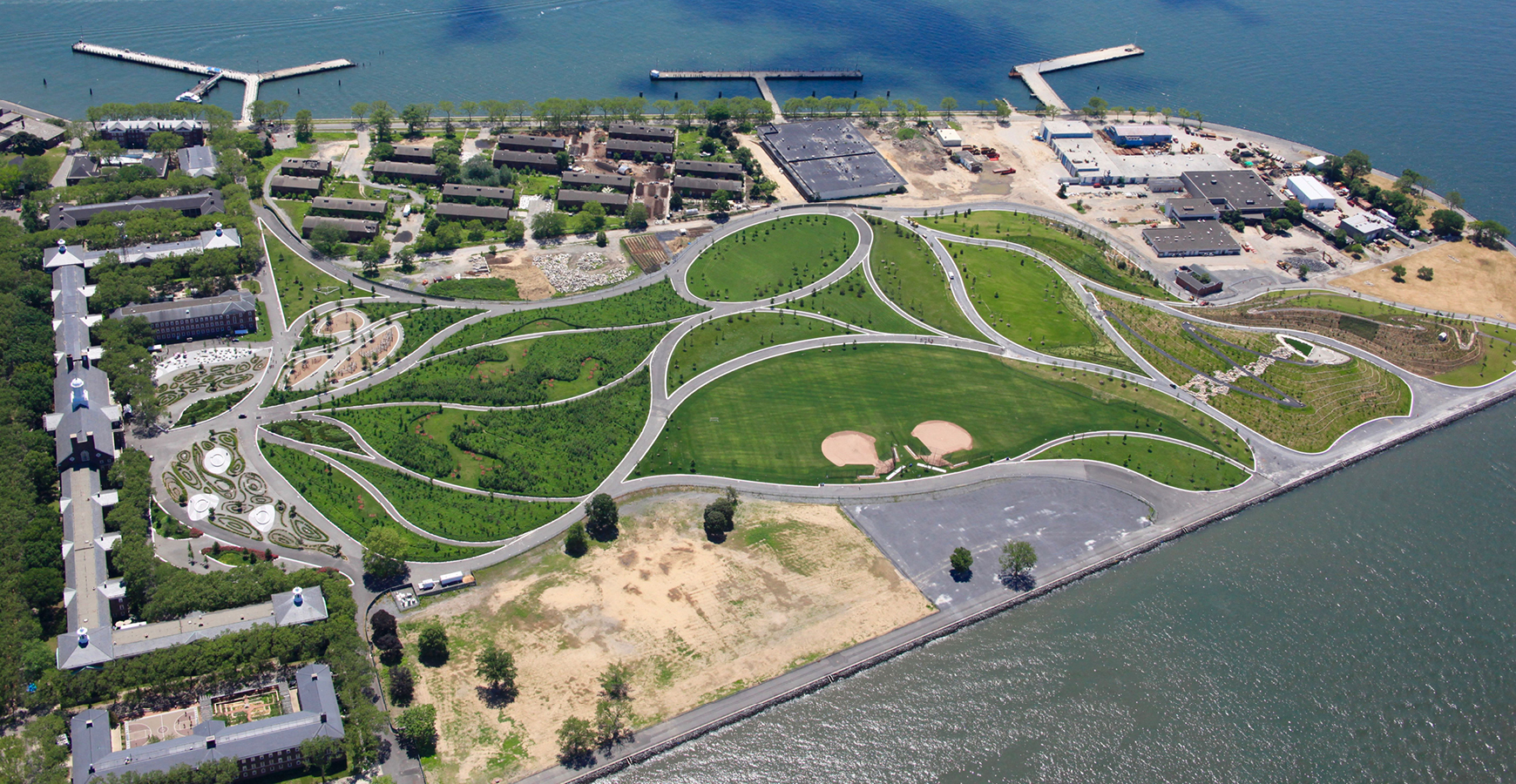 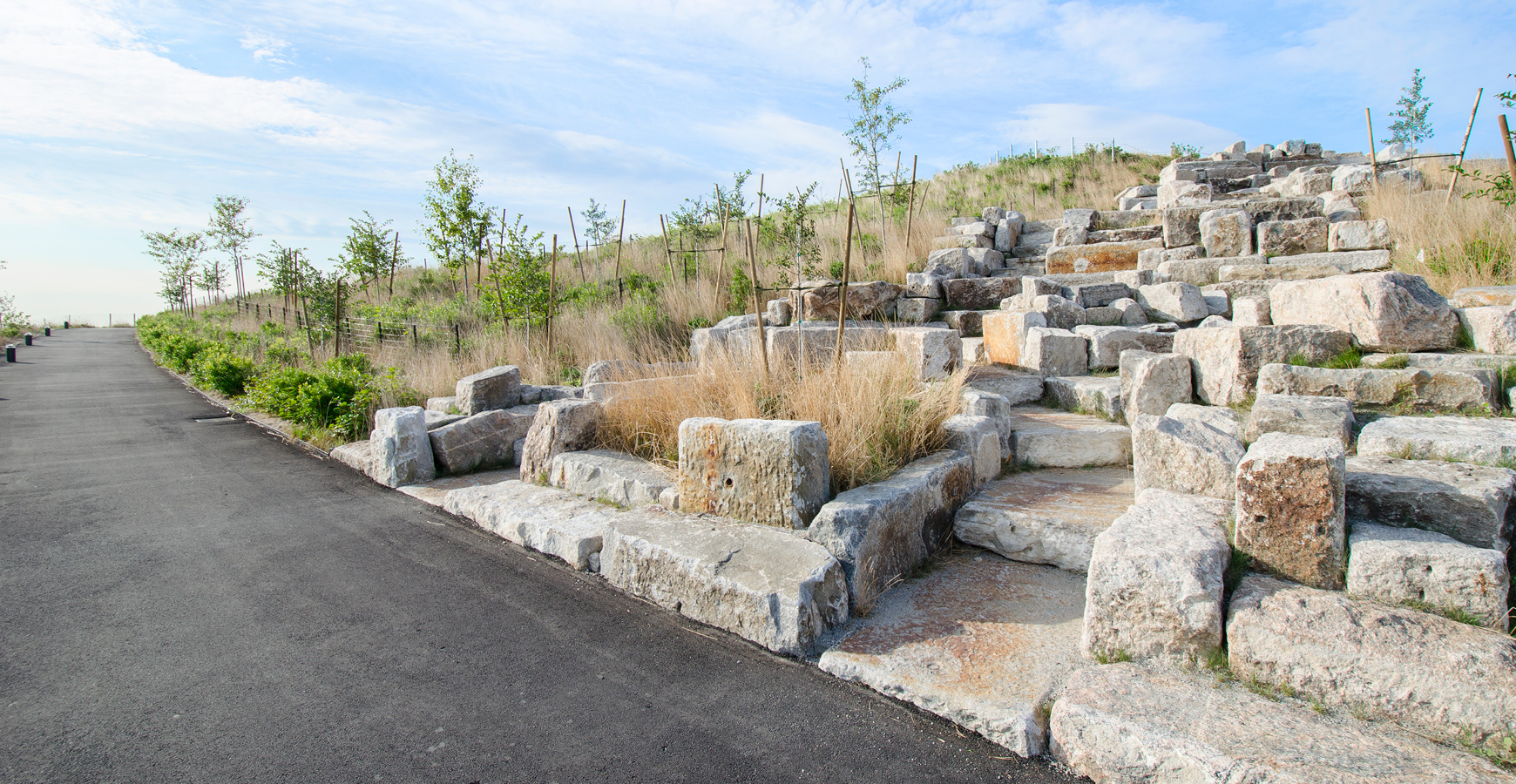 “This is the latest piece of an enormous project to reshape the topography of this island,” said STV resident engineer Roberto Rivera, who has watched the park take shape since the project broke ground in 2011. “This has been like watching the construction of Central Park more than 150 years ago. There’s no doubt this will become one of New York’s premiere public spaces and I’m very proud to be a part of making this a reality.”

Beyond their aesthetic value, the Hills were designed as a resiliency measure to protect the island against rising sea levels. Sitting in the heart of New York Harbor, the island can only be accessed by ferry.

STV, in joint venture, is providing resident engineering and inspection (REI) and design review services for the massive undertaking to implement the Governors Island Park and Public Space Master Plan and reimagine the island’s 87 acres of public space. This plan includes the addition of more than 75,000 new plantings and reshaping 10 acres of flat topography at the southern tip into rolling hills. Using terraced, mechanically stabilized earth and lightweight fill rather than more traditional deep soil mixing methods, STV facilitated significant savings in construction costs while reducing the overall weight on the underground utilities and sea wall.

STV has had a long history supporting various initiatives at Governors Island. The firm designed electricity upgrades and other work for the U.S. Coast Guard in 1988 along with multiple planning studies and environmental assessments once it was officially transferred from the federal government to New York. The firm has also been providing REI and design review services for the Trust for Governors Island since 2003. The Trust, a 501(c)3 not-for-profit organization, was established by the City of New York to manage the planning, redevelopment, and ongoing operations of 150 acres of Governors Island.

The first phase of construction was completed in 2014 and included 30 new acres of park and public spaces; the upgrade of Soissons Dock, the only vehicular landing on the island; transfer bridges and approach platforms at the dock; reconstruction of the seawall and the island’s drainage system; restoration of potable water and electrical distribution systems; and stabilization of historic buildings.