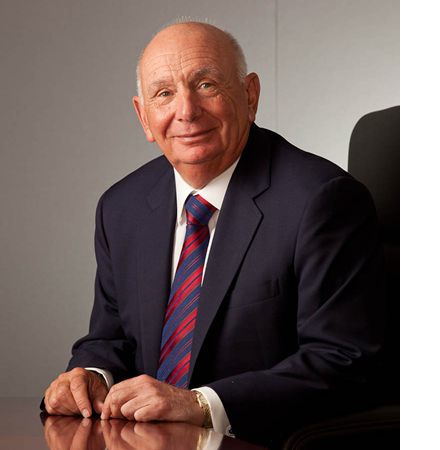 Dominick M. Servedio, P.E., executive chairman of STV, has been elected to the prestigious National Academy of Engineering (NAE). Servedio has earned this honor “for leadership and effective advocacy on behalf of the engineering and construction professions.” Election to the NAE is among the highest professional distinctions accorded to an engineer. STV is a leading provider of design and construction management services.

Servedio is one of 84 new members and 22 foreign members in this year’s NAE class. Founded in 1964, total membership of the academy is only 2,281 and the number of foreign members is 249. A formal induction ceremony will be held on October 8, at the NAE’s annual meeting in Washington, D.C.

The NAE honors those who have made outstanding contributions to engineering research, practice, or education.

“I am deeply honored to be recognized by the NAE,” Servedio said. “The Academy is one of the engineering community’s most elite assemblies of talent, leadership, and ingenuity. To stand alongside these individuals as a peer is a thrilling, yet humbling experience.”

Servedio joined STV in 1977. Rising through the ranks, he became president and chief operating officer, and then its chief executive officer and chairman. Through his stewardship, STV has undertaken multibillion-dollar assignments throughout the country. Servedio has also played a pivotal role in the rebuilding of the World Trade Center site with such crucial projects as the World Trade Center Transportation Hub, and the Vehicle Security Center.

Additionally, Servedio has been an outspoken leader on the need for improvements to our nation’s infrastructure. Servedio is a member of the National Academy of Construction, an organization comprised of industry leaders who have made outstanding industry contributions. He served as president of that organization from 2014-2016 and remains on its board. He served as chairman of the New York Building Congress during a period of nearly unprecedented construction activity in the city. He is also an active member of the Construction Industry Roundtable and a fellow of the Society of American Military Engineers.

For his leadership and commitment to the engineering and construction industry, Servedio has received numerous awards, among them the esteemed Goethals Medal conferred by the Society of American Military Engineers; the Ellis Island Medal of Honor; the Humanitarian Fellow Award from the Concrete Industry Foundation; and the New York Building Congress’ Industry Recognition Award. In 2014, he received an honorary Doctor of Engineering from Manhattan College. Servedio has co-chaired the New York Division March of Dimes’ Transportation and Construction Luncheon, helping to raise millions of dollars since he joined some 20 years ago. In honor of this commitment, the organization presented him with its Lifetime Achievement Award.

A registered professional engineer, he received his Master of Business Administration degree from St. John's University and his Bachelor of Electrical Engineering, from New York University.