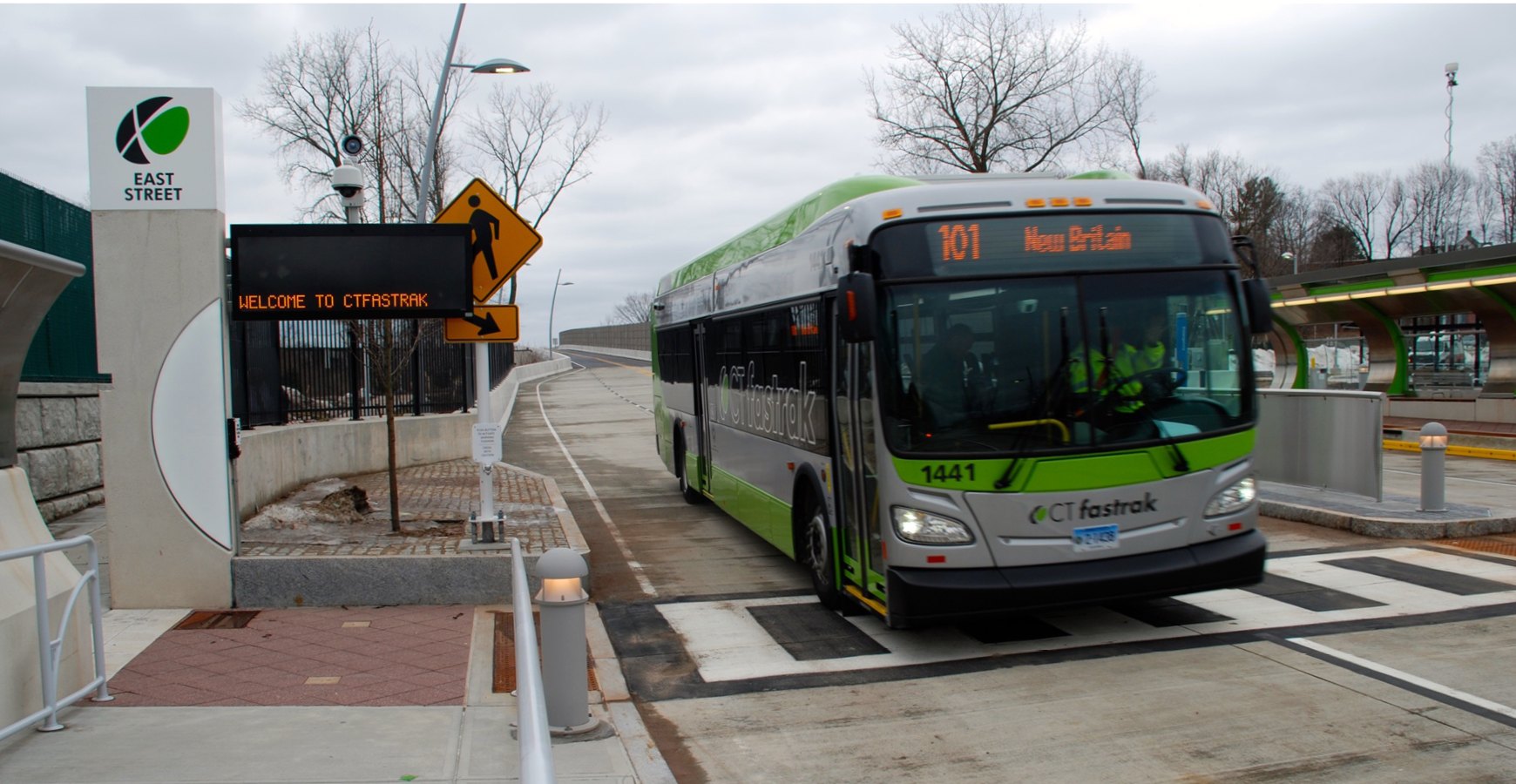 Applauded by federal and state officials for coming in on time and under budget, Connecticut’s first bus rapid transit (BRT) system recently went into revenue service with the help of STV, a leading engineering and construction management firm.

“We overcame some major challenges in overseeing the construction of a bridge over two active roadways and through two large cemeteries” said Stephen Bombero, P.E., M. ASCE, the resident engineer who oversaw work on STV’s stretch of the corridor. “Our portion of the BRT route bisected two  cemeteries with headstones within just a few feet of the abutment requiring special care and monitoring during construction.”

Construction for CTfastrak took less than 36 months and is expected to come in slightly under its estimated $567 million budget. In marking the opening of the state’s first busway, Connecticut Gov. Dannel P. Malloy said the project represents a down payment for the state’s future competitiveness as he embarks on a 30-year, $100 billion program dubbed Let’s Go CT to improve roads, railways, airports and maritime ports.

Connecticut Department of Transportation Commissioner James Redeker hailed the project as a “game changer” for transportation in the state’s capital area and credited the “terrific partnership” with STV and the other contractors involved for its success. The busway will connect passengers to bus routes in Hartford and Waterbury as well as rail service and is expected to ease rush-hour congestion by 10 percent.