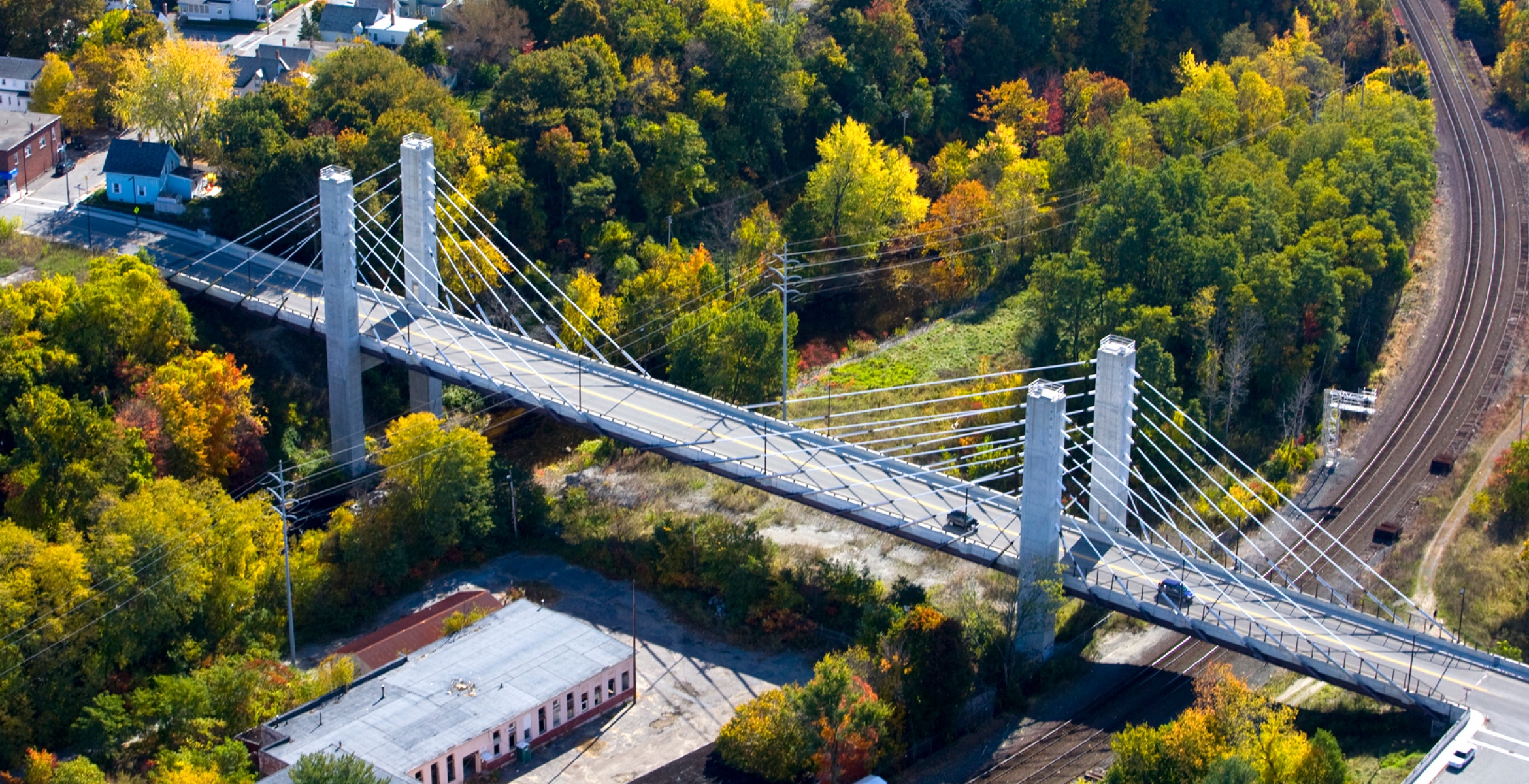 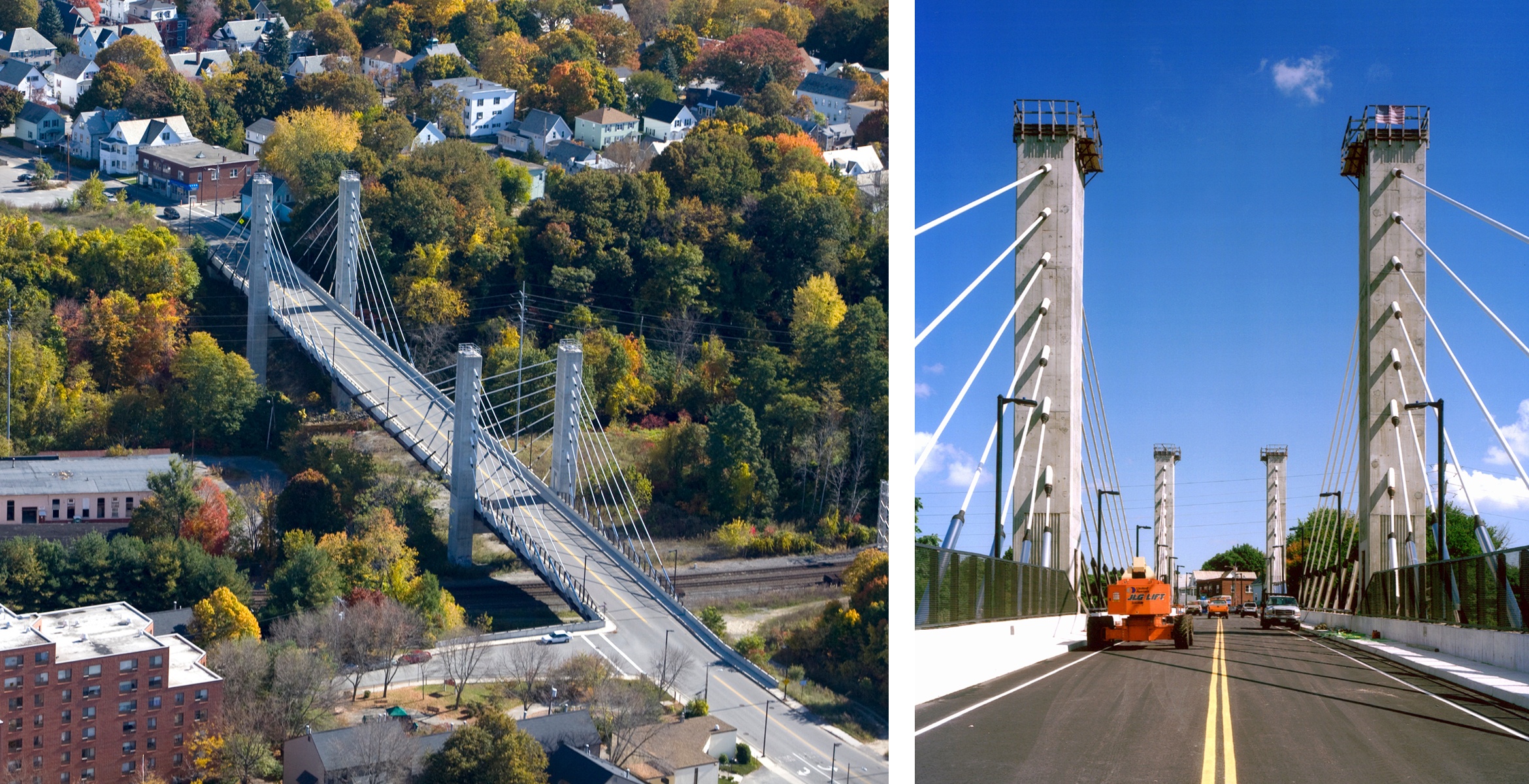 STV designed the twin-tower, cable-stayed Arthur J. DiTommaso Memorial Bridge located at 5th Street over the North Nashua River and railroad tracks in Fitchburg, MA. This new cable-stayed bridge is the second of its type erected in Massachusetts.

Originally, the contract called for the rehabilitation of the original 1912 structure, which was a six-span reinforced-concrete arch bridge that had been closed following decades of neglect.  However, following an extensive field inspection of the original structure, STV recommended the construction of a new bridge and performed a bridge-type study. A cable-stayed structure was selected by the client as the best solution considering conditions at the site such as soil conditions, clearances and roadway grade restrictions, and the presence of the North Nashua River. The main span of the new 660-foot bridge is 356 feet. The superstructure is supported by 52 cables connected to two, 275-foot-high, reinforced-concrete towers.

STV documented the historic 1912 arch bridge for the Historic American Engineering Record (HAER) documentation prior to its demolition.