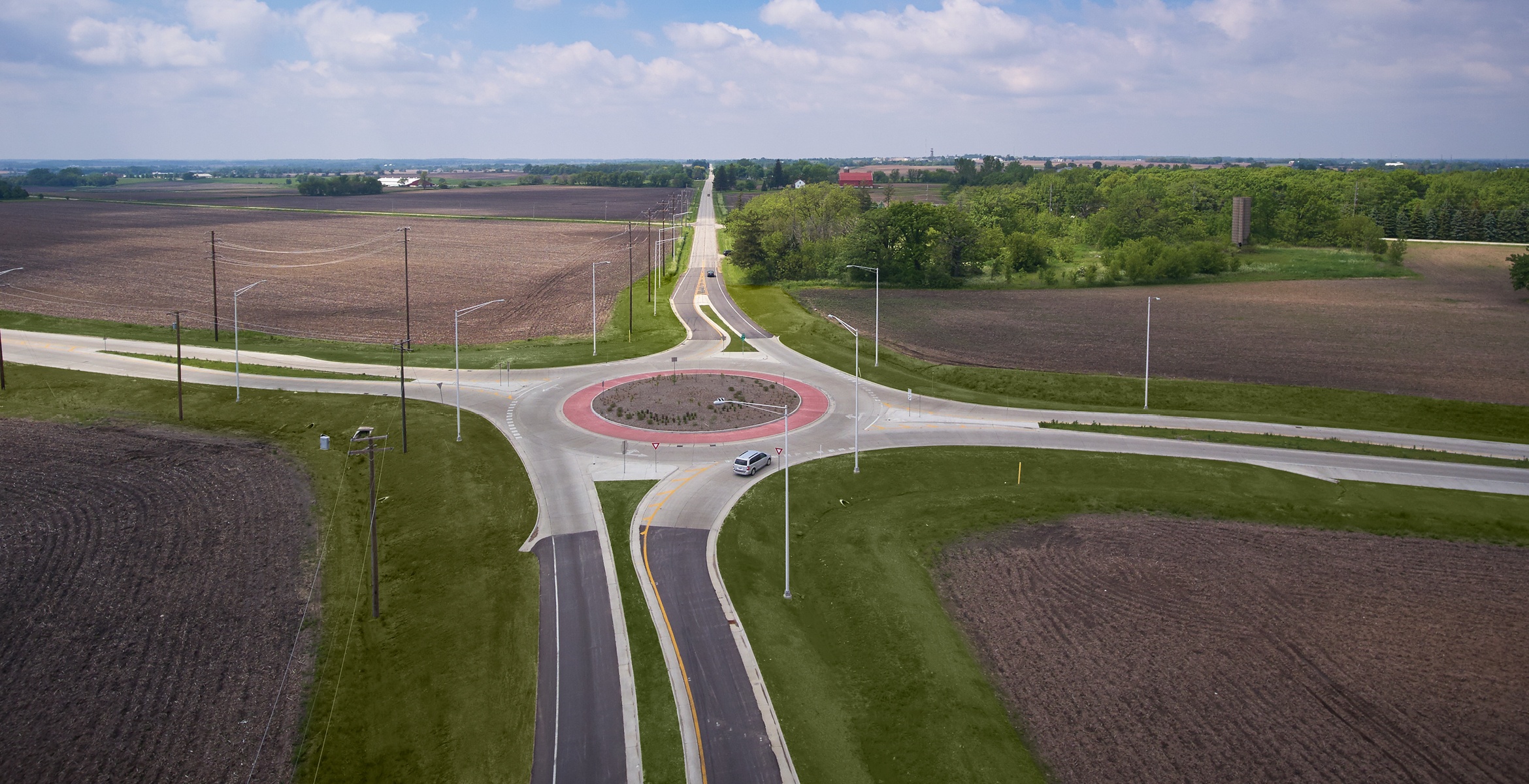 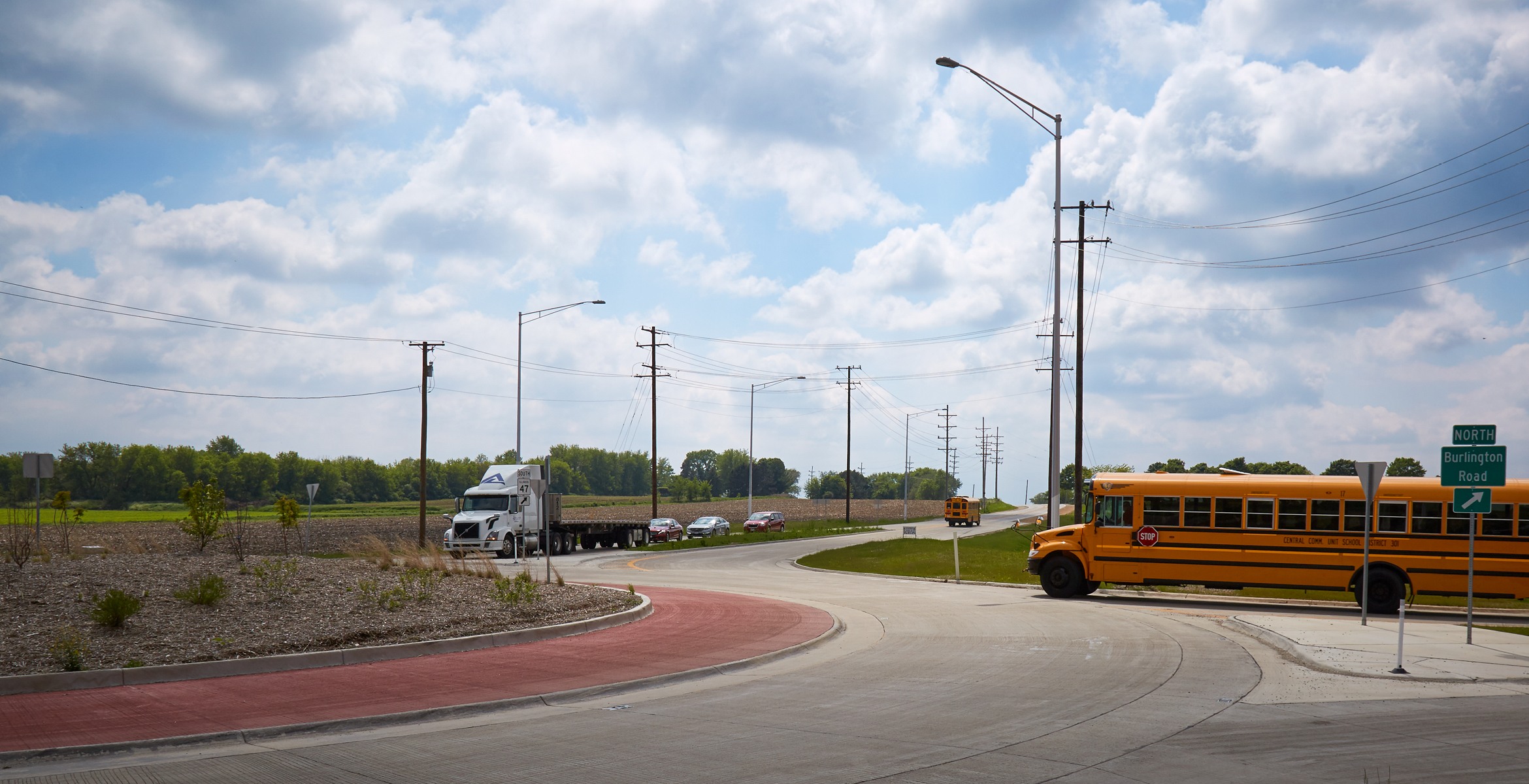 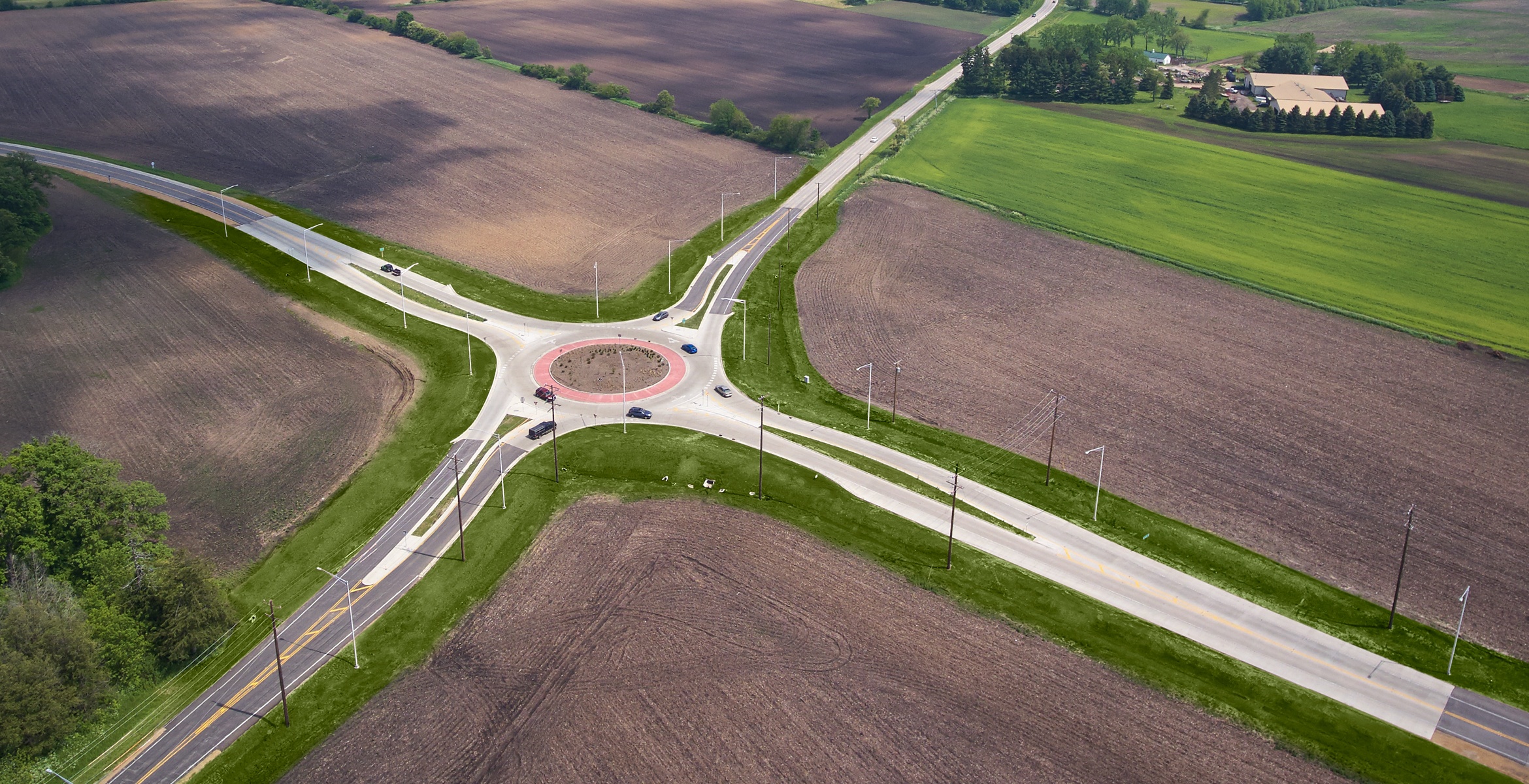 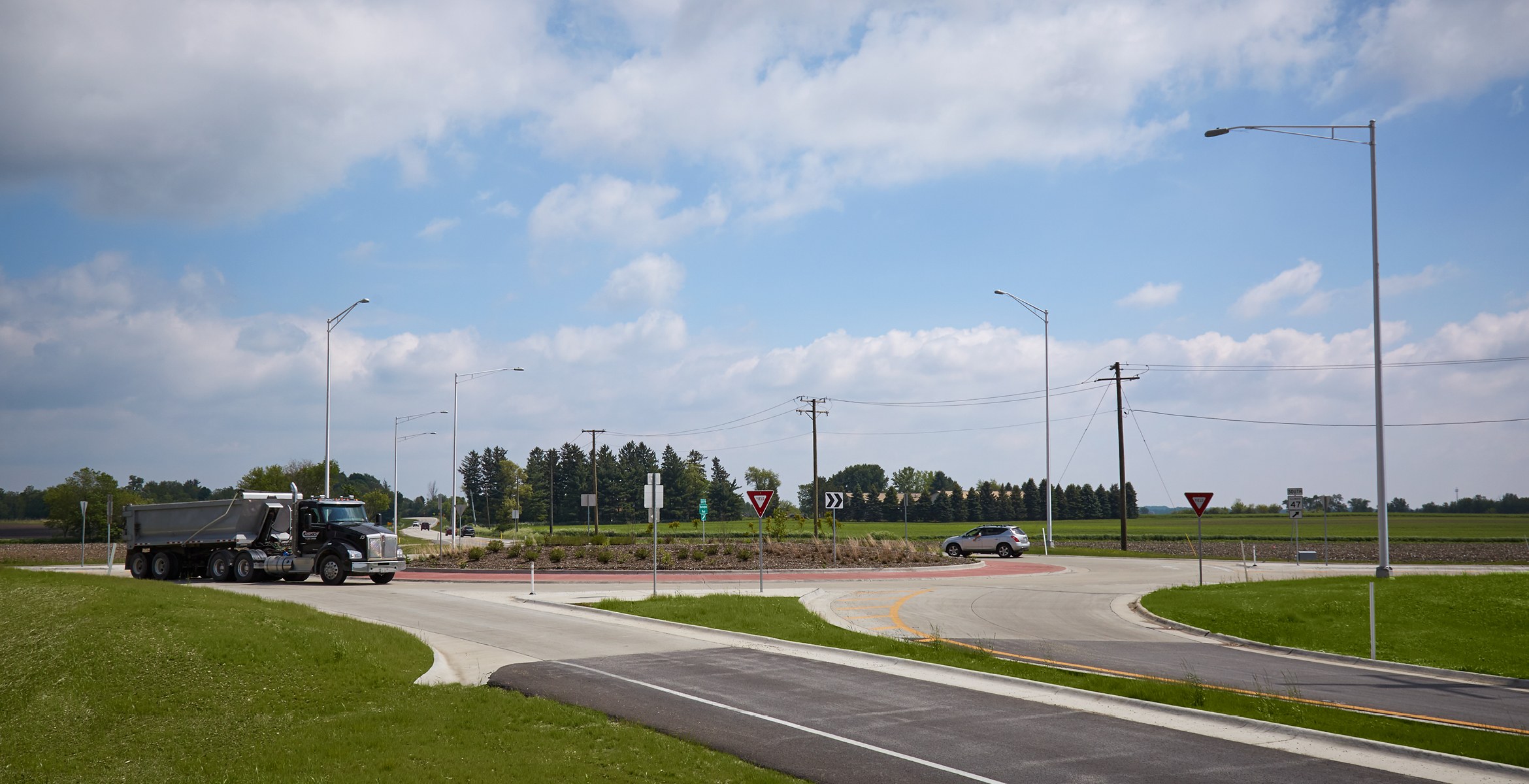 The intersection of Burlington Road and Illinois Route 47 was a four-way stop between two two-lane highways. All-way stop control eliminated a rash of severe crashes but was insufficient to handle growing volumes of traffic on both Route 47 and Burlington Road. After considering a traffic signal plan, the Kane County Division of Transportation (KDOT) decided that a roundabout was the solution. The case for it was so compelling that the Illinois Department of Transportation quickly approved the alternate for a roundabout – a first for a state highway in Illinois. STV’s proactive construction management helped keep costs within 2% of the bid price. STV met with the utility companies’ representatives before their lines were relocated to make sure there would be no conflicts during construction. For example, the approach legs of the intersection would be S-curves, so the utility lines needed to be further away from the centerline than typical. STV’s team reviewed their layouts for potential conflicts and proposed rerouting several lines so that none of their work would have to be adjusted after construction was complete. This avoided unnecessary rework and delays. The roundabout is safer and more attractive, efficient, flexible and environmentally friendly than the original traffic signal plan.