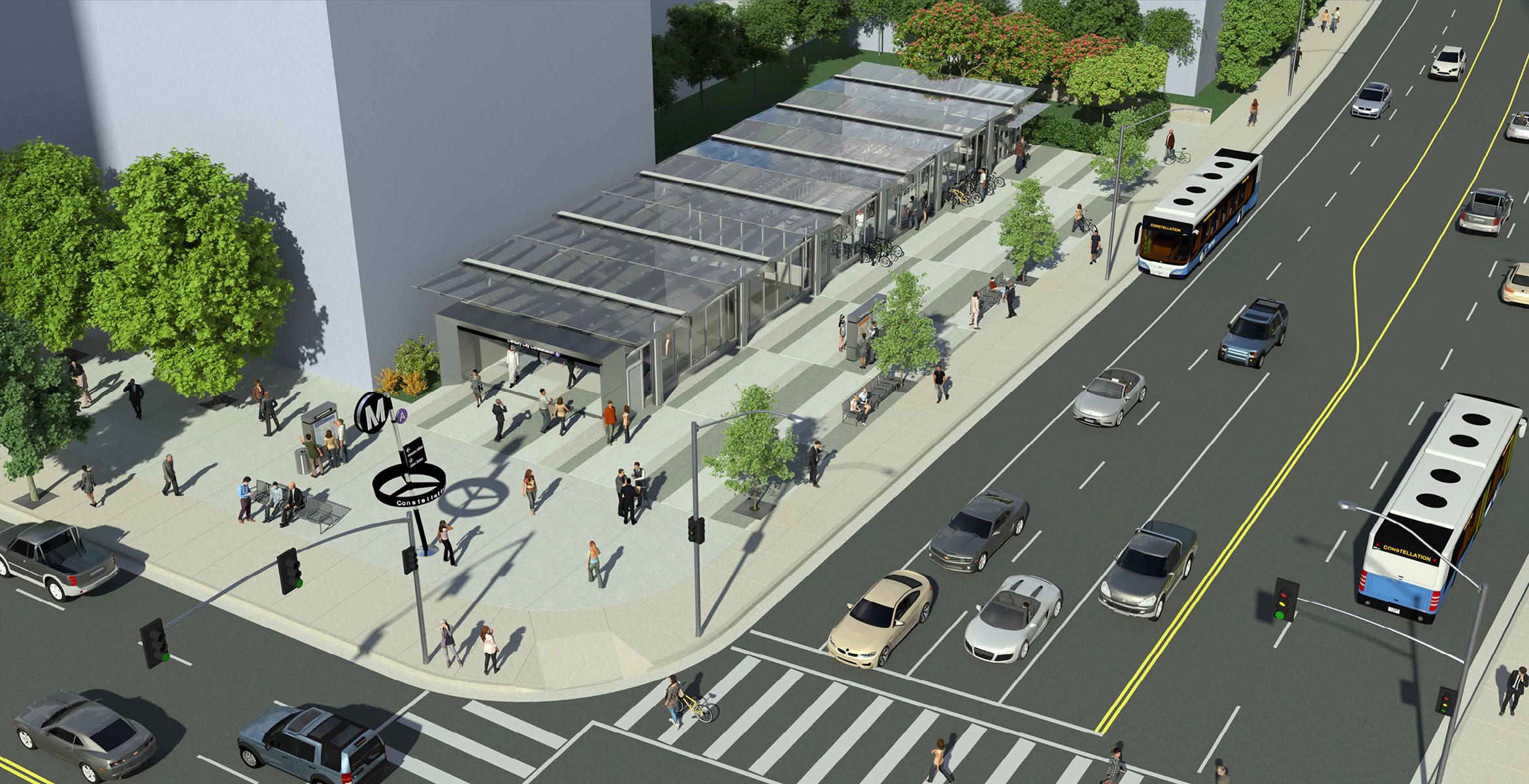 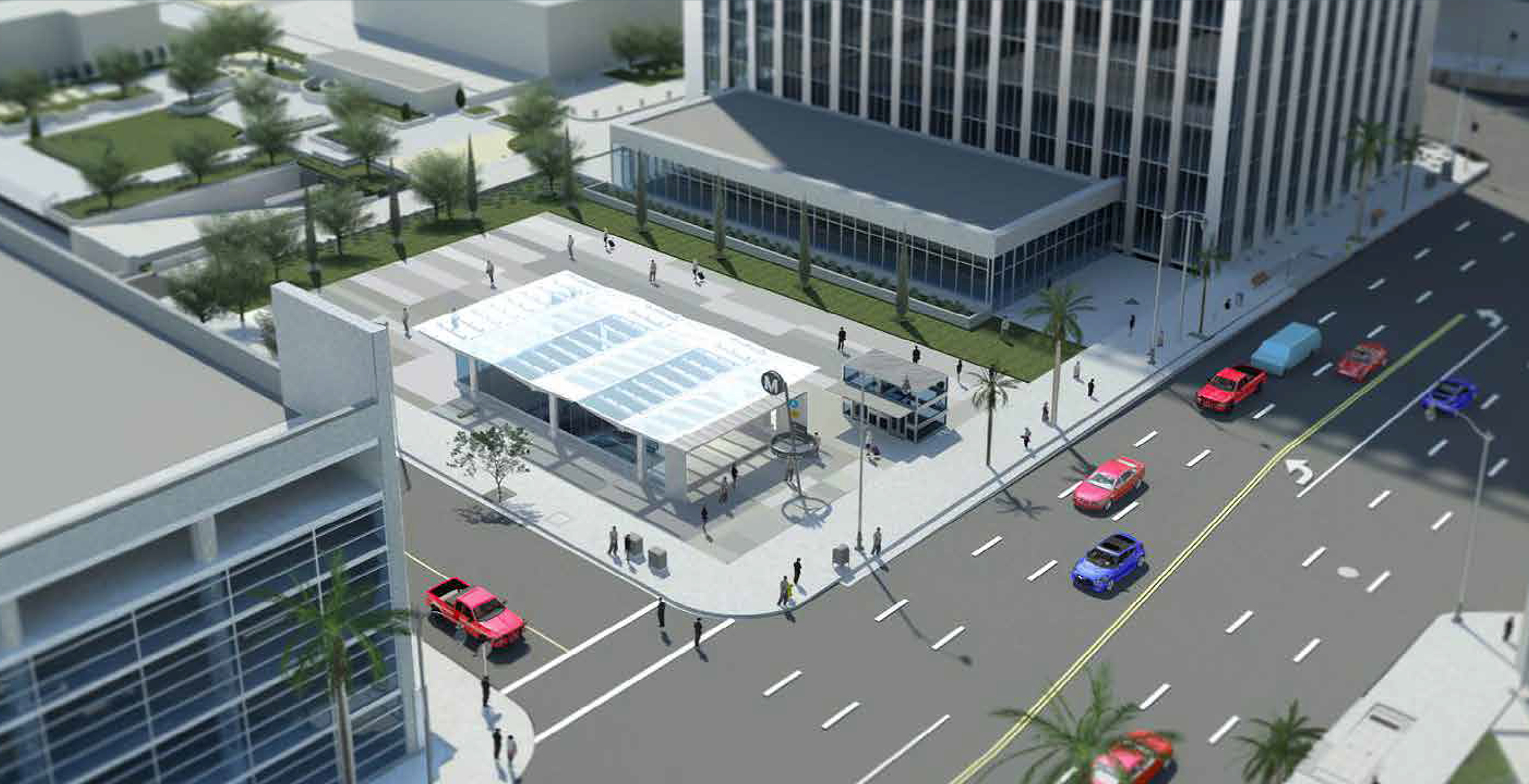 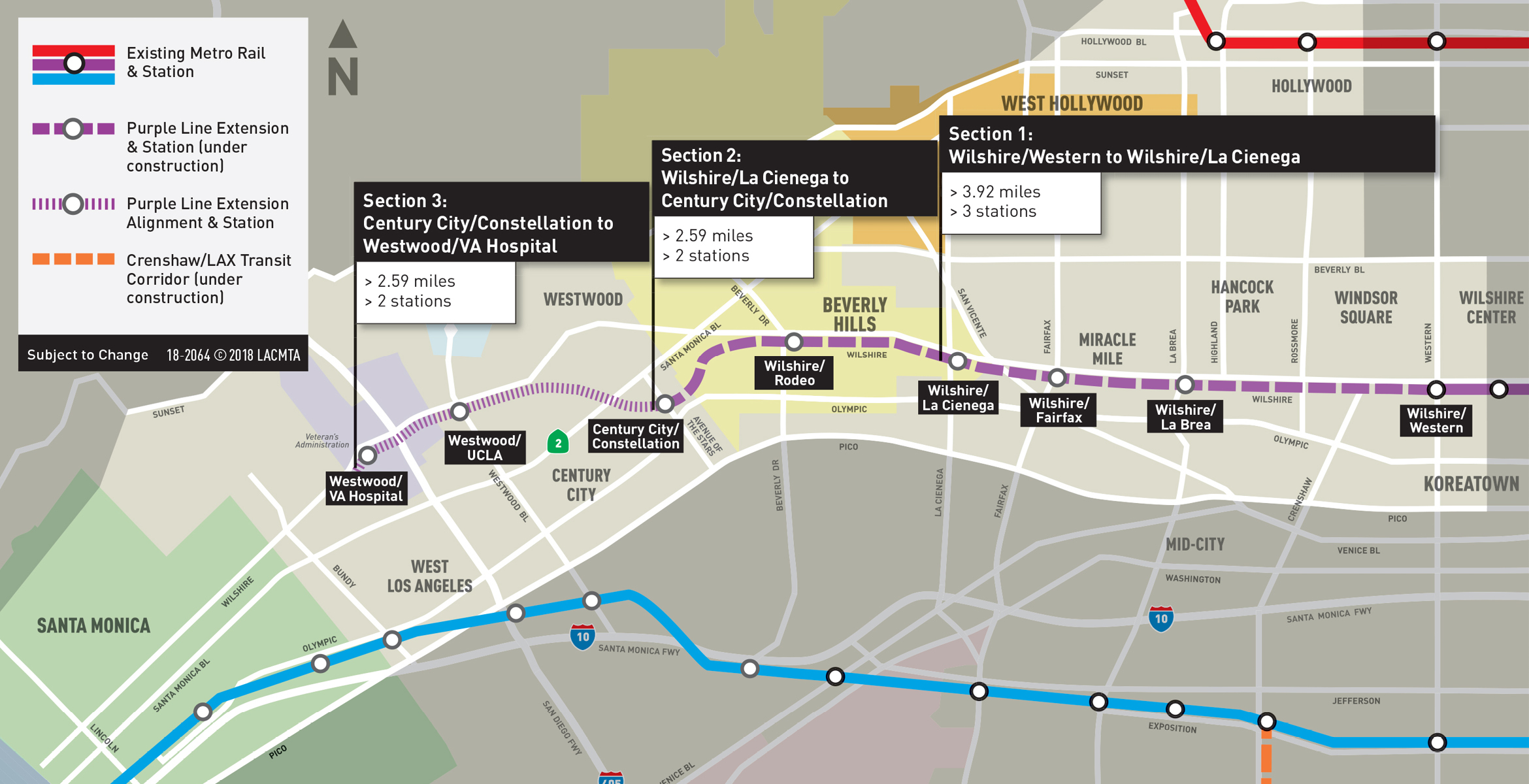 First envisioned more than 50 years ago as a vital connector between downtown Los Angeles and Westwood, a subway line along the congested Wilshire corridor is becoming a reality.

Working as part of the design-build team led by Tutor Perini and O&G Industries, STV is serving as the engineer-of-record and principal design firm for the 2.59-mile-long Metro Purple Line Extension Project Section 2 that will link the Los Angeles County Metropolitan Transportation Authority’s (Metro) Section 1 running through the Miracle Mile District with Section 3 connecting Century City to Westwood. Overall, the $9.3 billion Purple Line extension will run 9.1 miles from Koreatown to Westwood.

STV’s services include the design of the Wilshire/Rodeo and Century City/Constellation stations along with the running tunnels. The firm also engineered and designed the so-called “launch box” in Century City where the two 400-foot-long TBMs will be lowered into excavations extending more than 70 feet below Constellation Boulevard to begin their 14- month journeys.