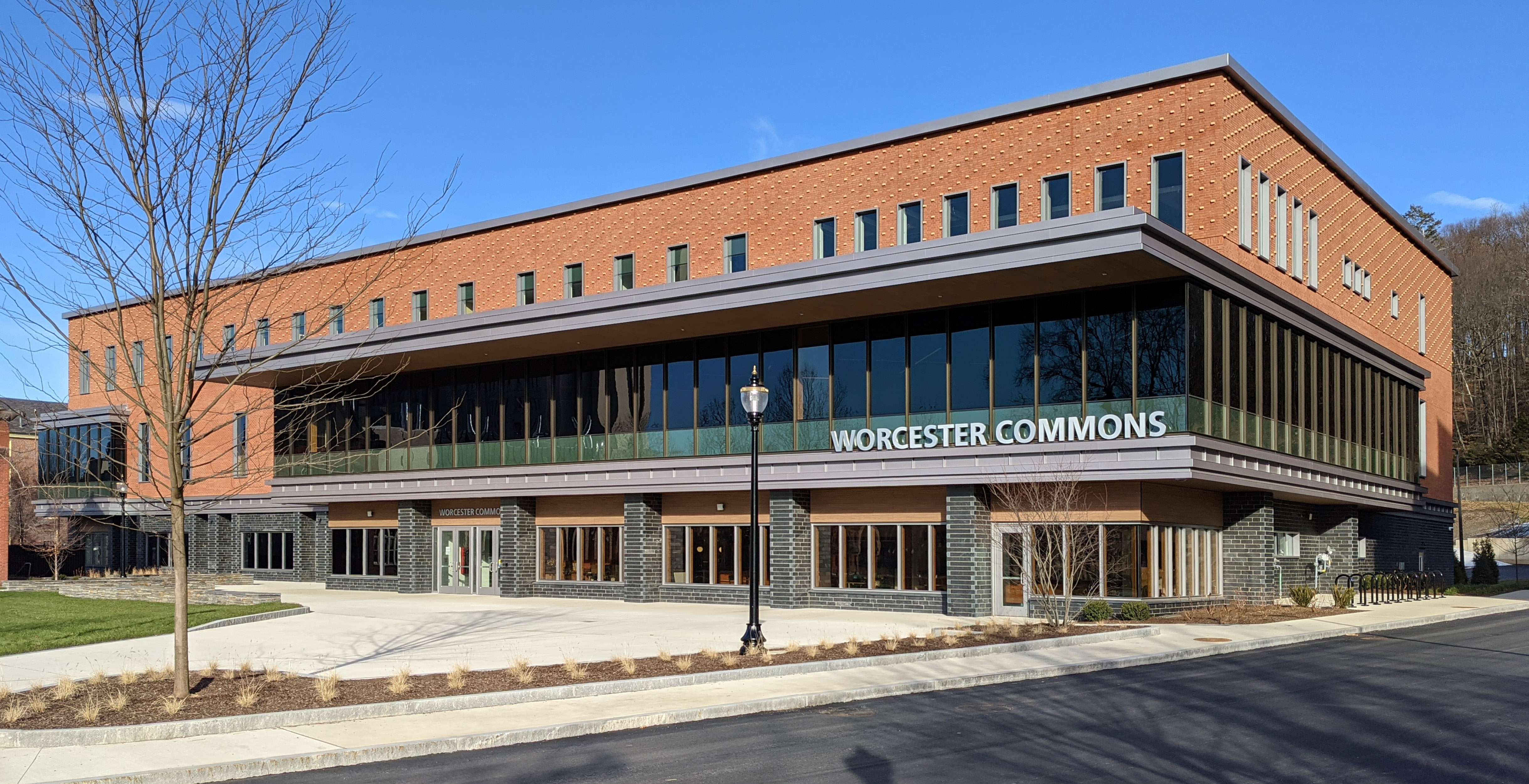 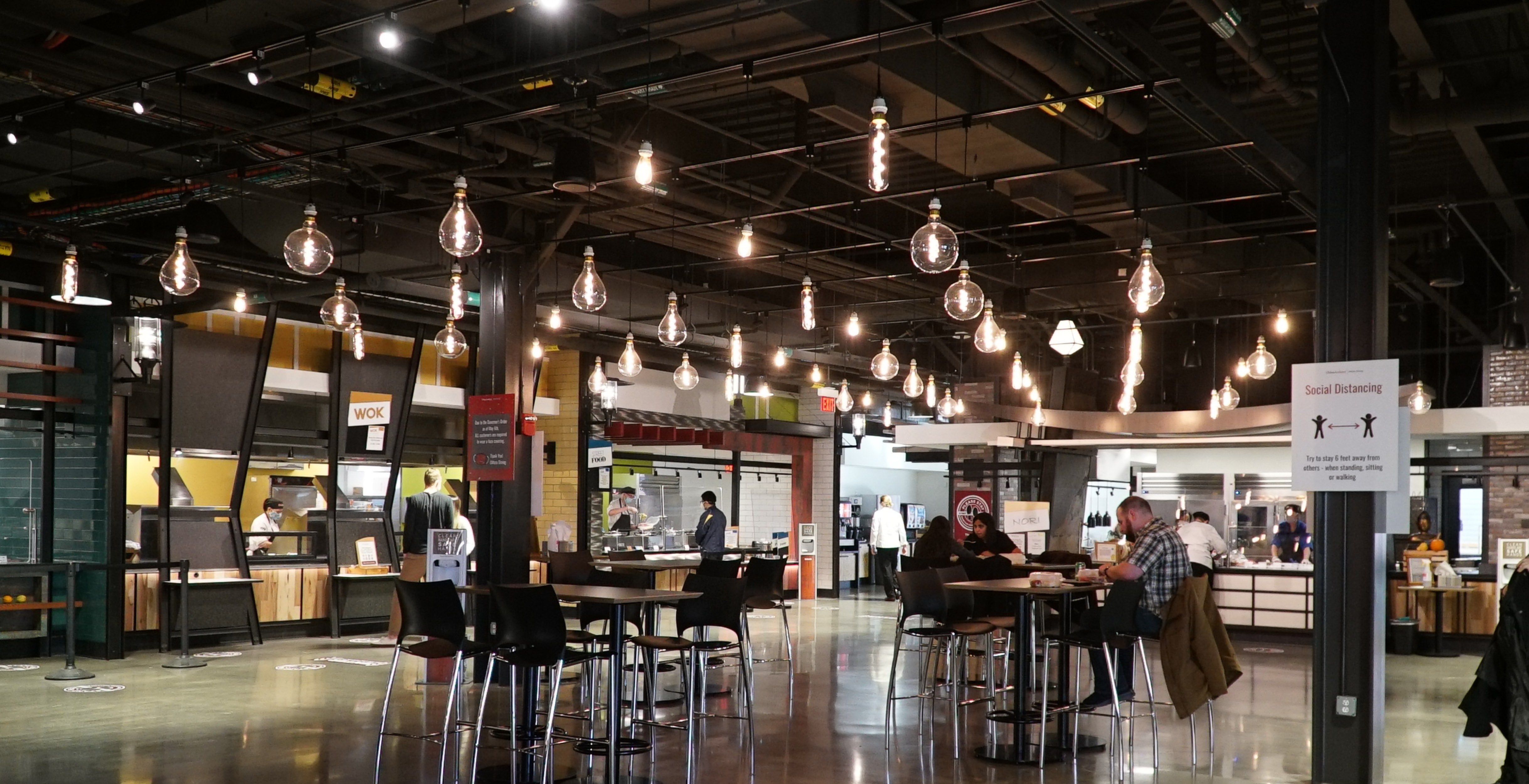 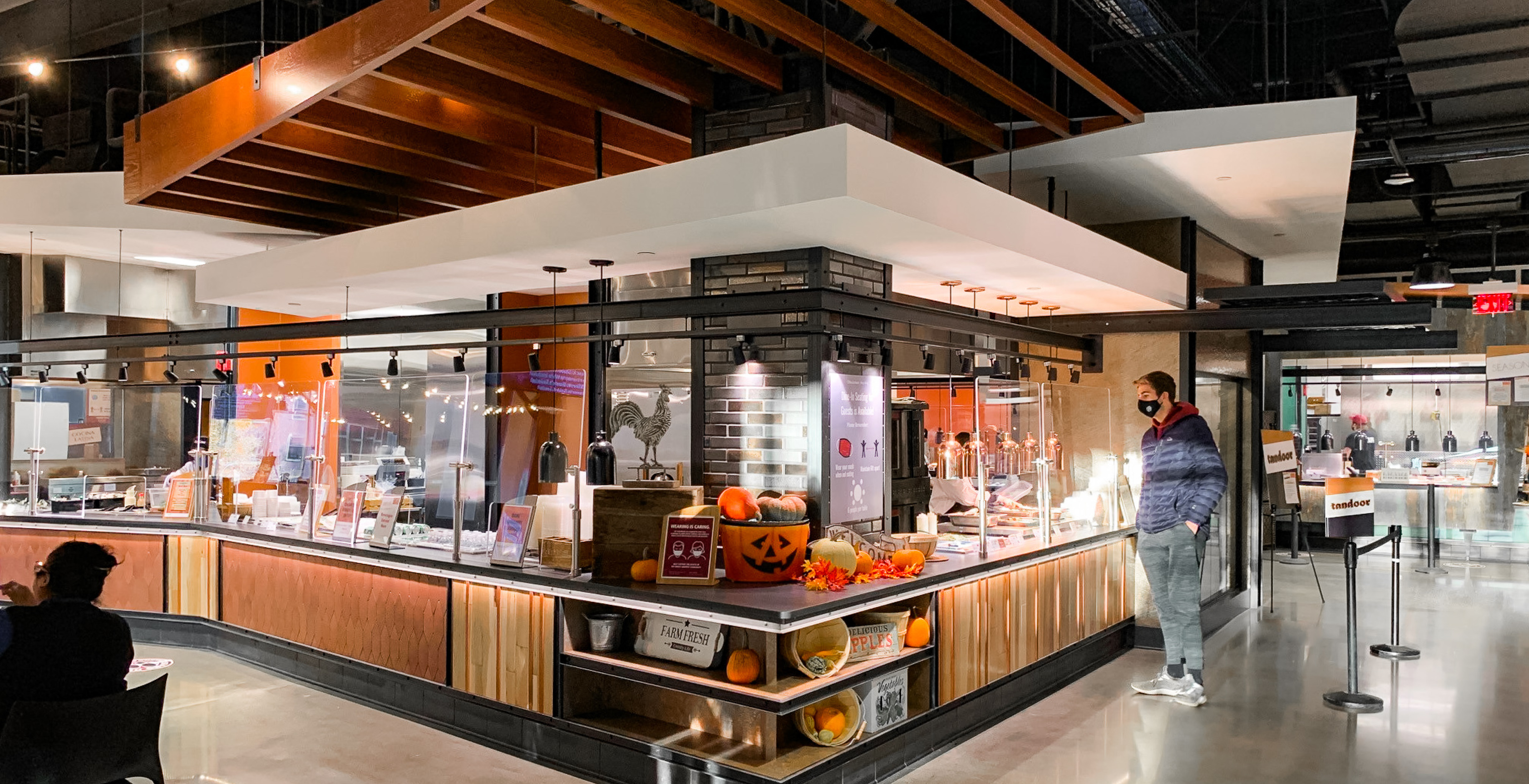 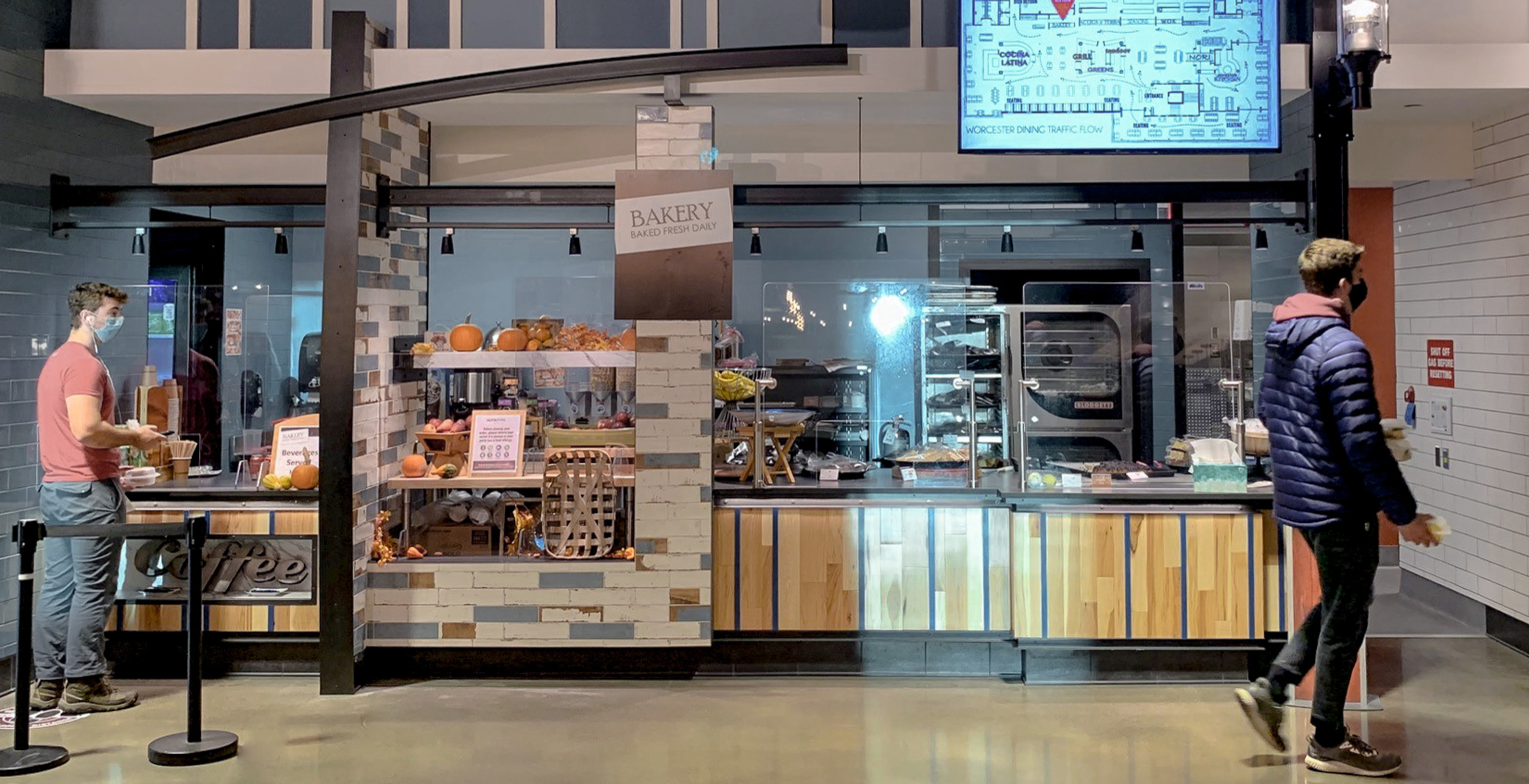 The University of Massachusetts (UMass) Amherst has ranked number one for best campus food in the nation by The Princeton Review every year since 2016. To maintain that standard of excellence, while also fulfilling one of the university’s project goals outlined in its capital project master, the existing dining commons was replaced with a new facility. STV provided owner’s project management services for a detailed programming and schematic design study of the existing dining commons. The firm was then retained to perform the same services for the new facility.

During the study phase, it was determined that a complete replacement of the dining facility was more economical and effective than an expansion or renovation of the existing one. The new dining commons includes a ground-floor retail food café, a commercial bakery, a student center, and a restaurant. STV’s team worked with the client to maintain operations of the existing dining facility while construction of the new structure was underway.

One of the primary challenges of the construction program related to the relocation of underground utilities adjacent to the project site. The new dining commons was constructed directly over steam lines that serviced a nearby research building and were relocated without interrupting service.