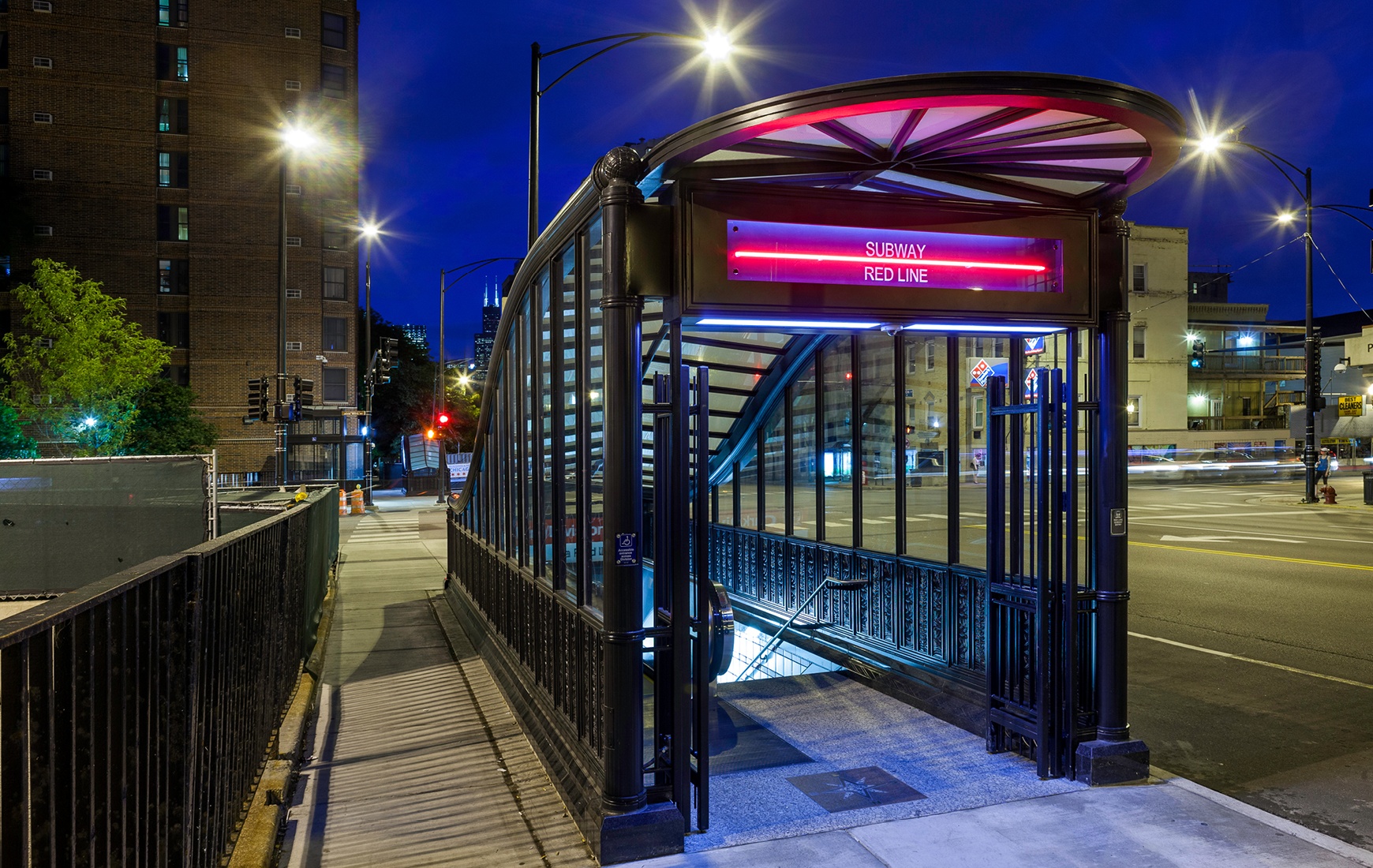 The major renovation and modernization of the Clark/Division Station on Chicago Transit Authority’s Red Line has been completed, making life easier for the thousands of Chicagoans who use the station daily.

The $50 million construction project was managed by the Chicago Department of Transportation (CDOT) on behalf of Chicago Transit Authority (CTA). STV provided construction management services for the owner, CDOT, and served as the liaison to the end user, CTA, throughout the project.

This four-phase project entailed construction of an entirely new 8,800-square-foot station mezzanine area at the intersection of LaSalle and Division streets, rehabilitation and modernization of the existing Clark Street mezzanine, and rehabilitation of the 440-foot subway platform, all to reduce passenger congestion and create an ADA-compliant station. Customers can now enter and exit the station at either LaSalle Street or Clark Street, improving access and the passenger experience. A ribbon-cutting ceremony attended by Mayor Rahm Emanuel was held on September 29, 2015 to mark the completion of the three-year renovation. The project was completed substantially under budget due to tight cost controls by CDOT and STV.

State-of-the-art communications and security equipment, bright and energy-efficient lighting, granite floors and signage were among the many upgrades installed in the new underground mezzanine on the LaSalle Street side of the station and for the renovation of the existing platform and mezzanine on the Clark Street side. In addition, ADA-compliant elevators and escalators were added to the LaSalle Street side and the existing escalator was replaced on the Clark Street side. New customer digital fare control equipment and customer assistance kiosks were installed in both mezzanines.

“Coordination with the general contractor, city agencies, utility companies and end user eliminated delays,” said John Michalik, STV’s resident engineer assigned to the project. “All parties were kept in the loop during the construction and shop drawing review process. Many meetings were held throughout the project with the client and end user to provide feedback regarding construction issues.”

The entire station now features wall and ceiling architectural finishes. The mezzanine walls were tiled with a shading of the Chicago skyline, and all the public ceilings now have futuristic stainless steel textured finishes.

Founded more than 100 years ago, STV is a leader in providing engineering, planning, architectural, environmental and construction management services for transportation systems, infrastructure, buildings and energy projects for private and public sector clients.  The firm is ranked 39th in Engineering News-Record’s Top 500 Design Firms survey and 9th in its Top 50 in Transportation category.