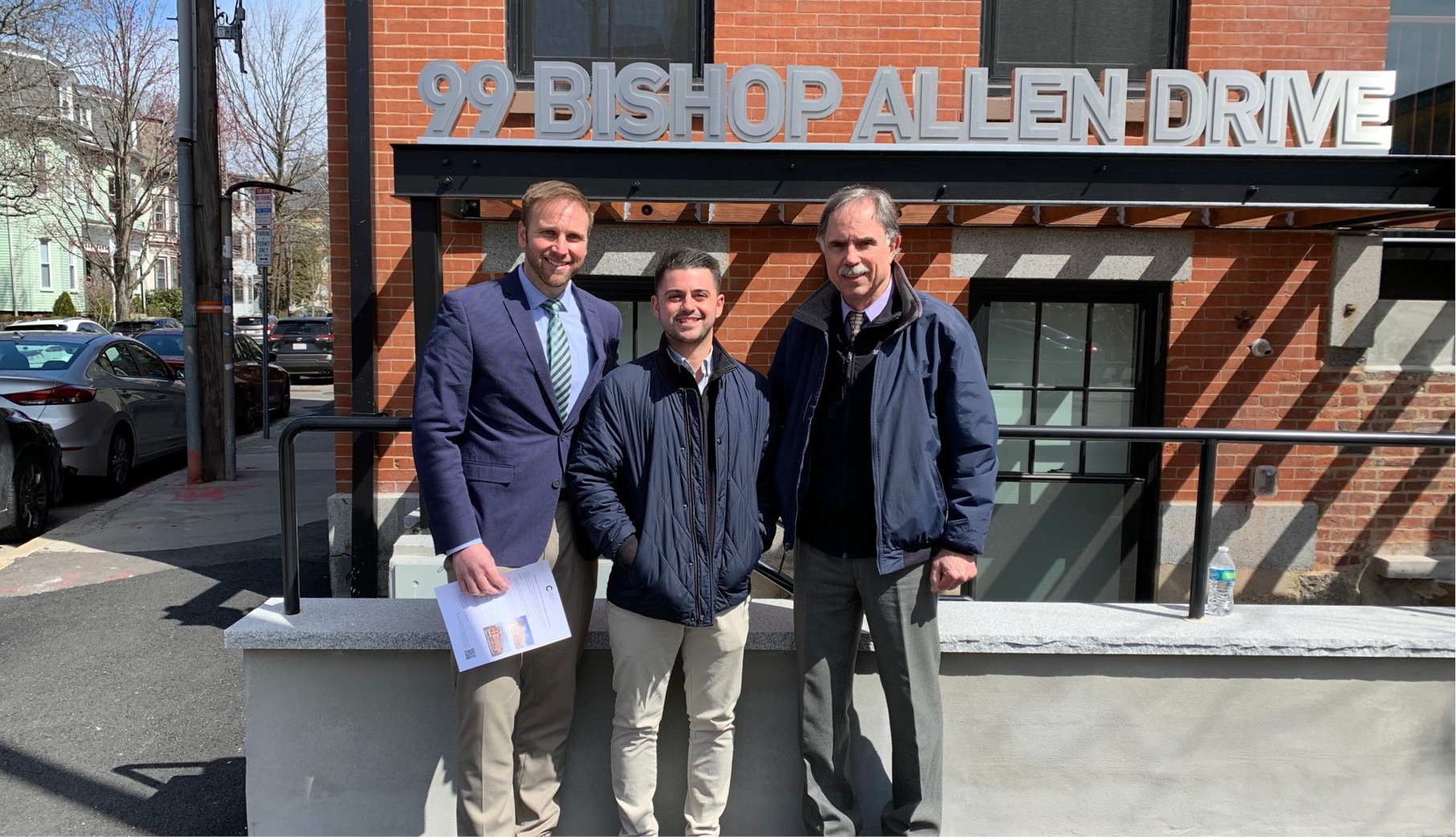 STV, a leader in engineering, architectural, planning and program and construction management services, joined the Cambridge Redevelopment Authority (CRA) to celebrate the ribbon cutting of the newly renovated 99 Bishop Allen Drive, a historic building in Central Square that is home to several vital nonprofit organizations that serve the greater Cambridge community.

STV was contracted by CRA to perform owner’s project management services, working alongside the architect, Silverman Trykowski Associates, and the general contractor, GVW Construction, in support of the $11.3 million construction program that was completed on budget.

As part of the renovation program, the building was made fully ADA-compliant. Additionally, the facility’s historic façade was restored and a new mechanical, electrical and plumbing system was installed. Other buildings elements were converted into office space suitable for housing organizations like the Boston Area Rape Crisis Center, the Cambridge Community Foundation and the Young People’s Project.

“This was an important project for the community, and STV is proud to be a part of the team that helped facilitate affordable space that will keep these highly valued nonprofit organizations in Cambridge,” said Robert Labrecque, STV project director.

“The improvements made to the building will allow the tenants to better serve their community,” said Tim MacKay, STV’s project executive. “That includes creating better access to and within the building, and new, more modern amenities that will make for a more comfortable experience for visitors.”

Originally built in 1855, 99 Bishop Allen Drive consists of four elegant row houses that sit along a block that later became known as Cambridge’s “Nonprofit Row.” The building was purchased by CRA in 2019, with the authority prioritizing the space’s upgrade while maintaining affordable rents so that its tenants could remain in Cambridge. Despite the uncertainty in the real estate market, and within the nonprofit industry, that was caused by the COVID-19 pandemic in 2020, the project was substantially completed in December before the ribbon was officially cut by the client in late March.

For more than 25 years, STV has been a leader in providing owner’s project management, and other construction and program management services throughout the New England region, supporting the expansion and relocation of corporate headquarters, schools and nonprofits including the Autodesk West Expansion, Education Development Center Headquarters, and the Sandy Hook School.