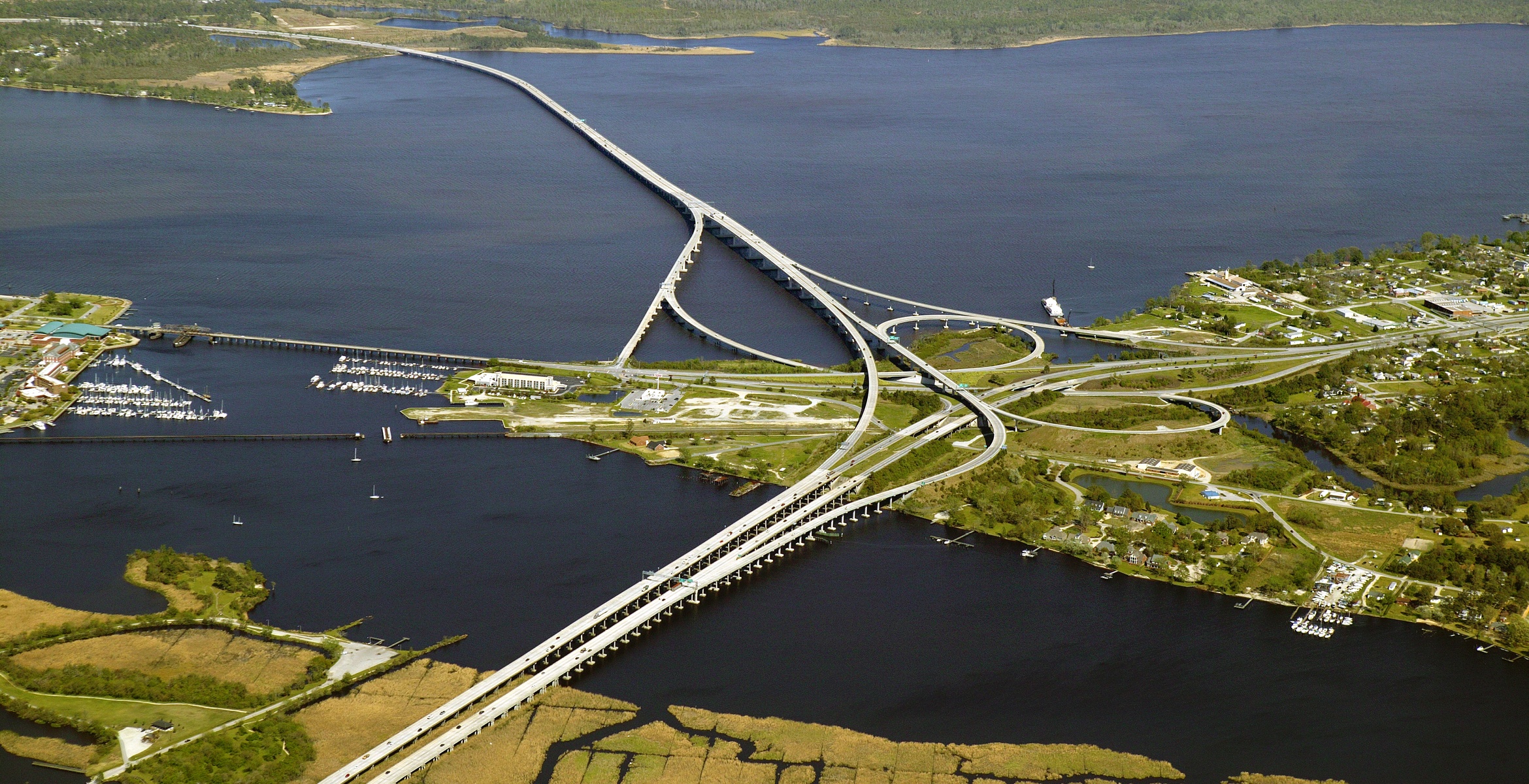 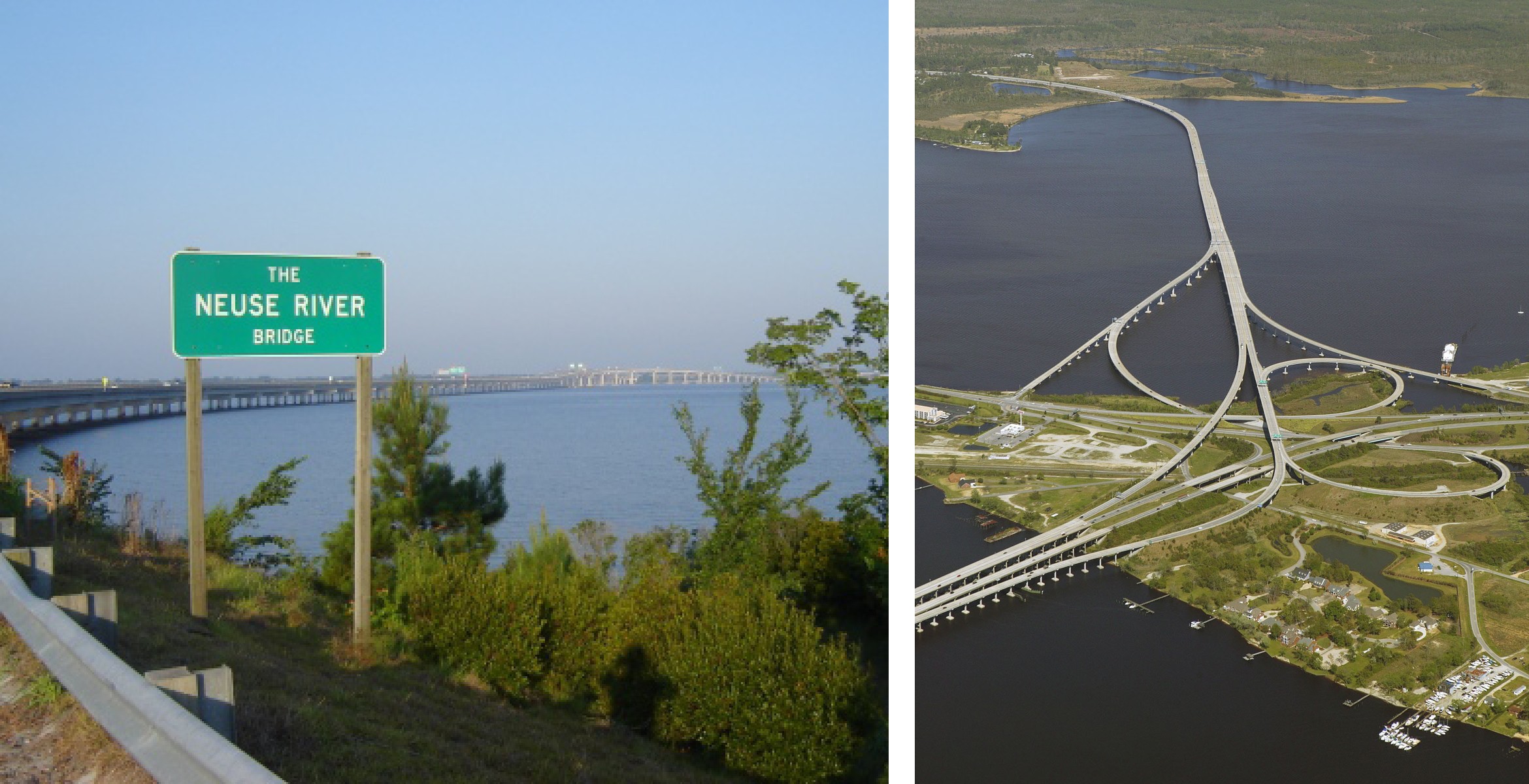 Frequent swing span openings on an aging bridge carrying US 17 over the Neuse River  had become a source of delays for vehicles and boats. By the 1990s, the bridge was in severe disrepair, spurring the North Carolina Department of Transportation to construct a replacement structure.

STV served as the lead engineer and management consultant for a new replacement  bridge over the Neuse River. At the time, it was the largest transportation public works project ever undertaken in the state. After completing a feasibility study, STV designed a new 10,000-foot-long, curved steel plate girder bridge that could withstand hurricane force winds and ship impacts. The bridge included several mounted signs, navigation lights, and an aircraft warning lighting system. The firm also designed a three-level interchange with eight ramp/loop bridges that are up to 3,000 feet long.

Despite four major hurricanes, the bridge was completed three months early and $26 million below estimated cost. The project won numerous awards, and was named the sixth most significant engineering project in North Carolina’s history by the American Society of Civil Engineers.