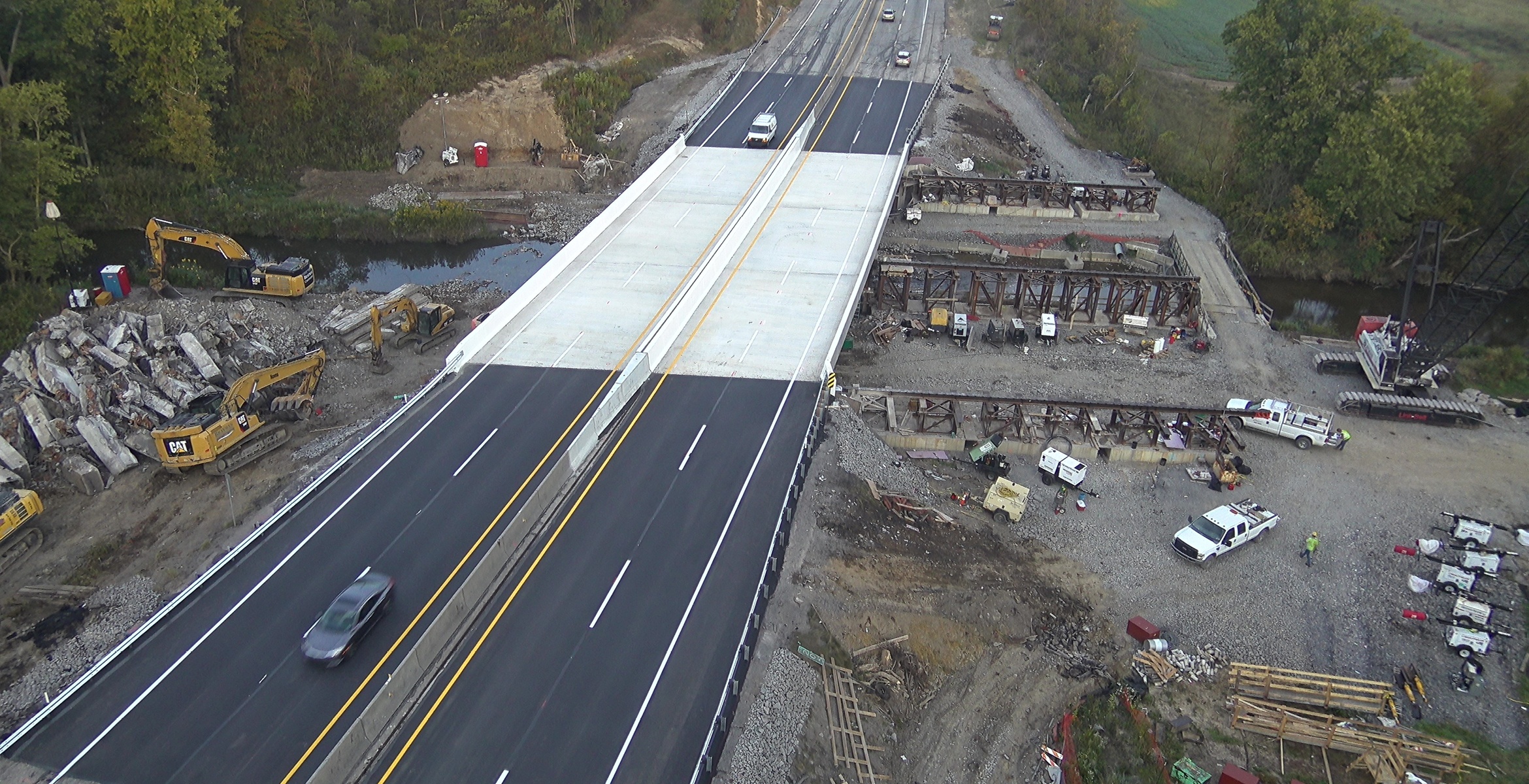 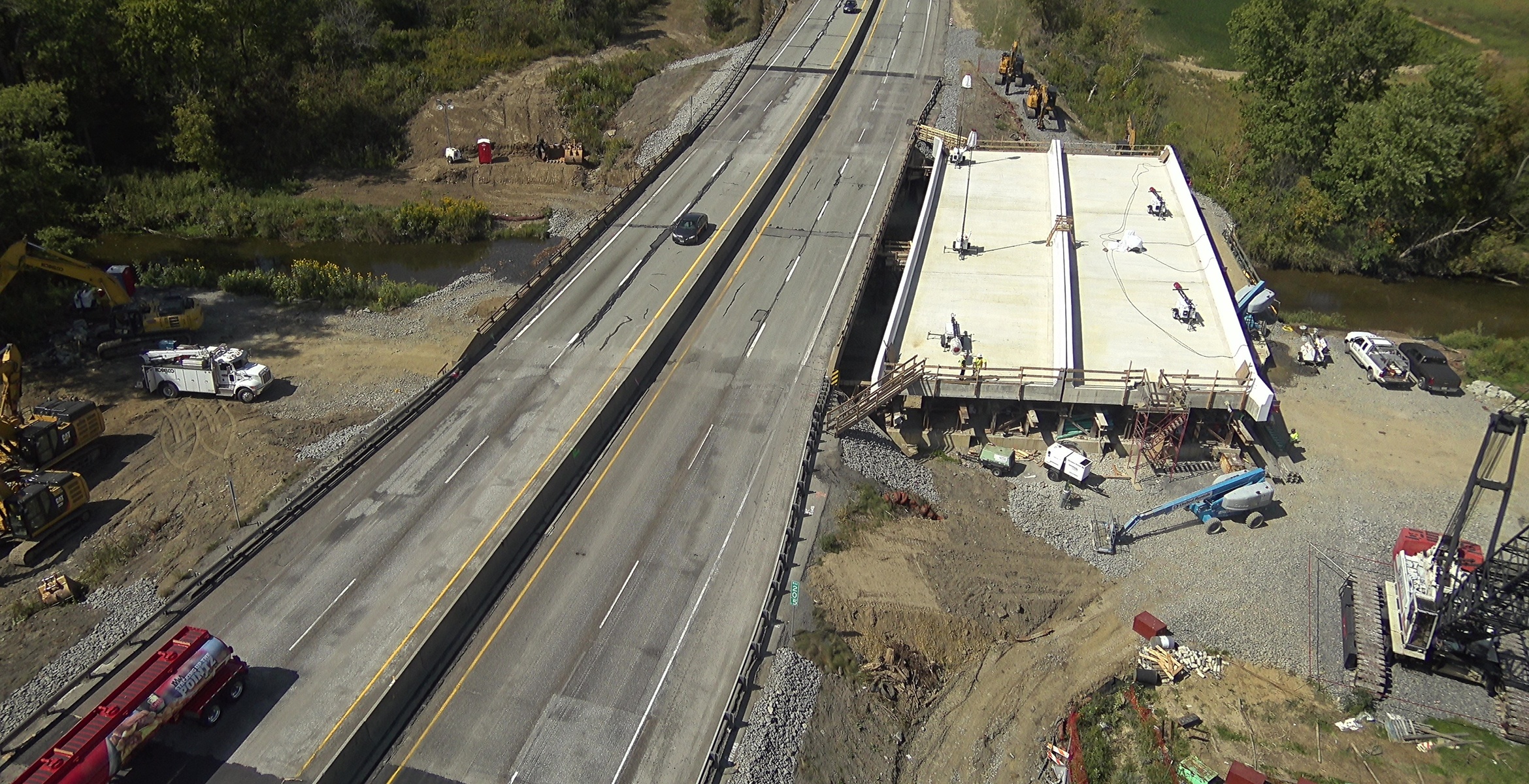 STV was contracted by the Pennsylvania Turnpike Commission (PTC) to perform construction management and inspection services for the agency’s first foray into accelerated bridge construction (ABC) along the 360-mile-long turnpike.

STV’s contract is for overseeing the construction for five bridges, including twin 150-foot-long, two-span bridge superstructures over Brush Creek on I-76 in Beaver County, PA, the first such PTC replacement that used the ABC methodology. The twin replacement spans were constructed adjacent to the Turnpike and were “slid” into place during a 55-hour window. Three weeks later a three-span, 131-foot-long structure in Lehigh County was replaced.