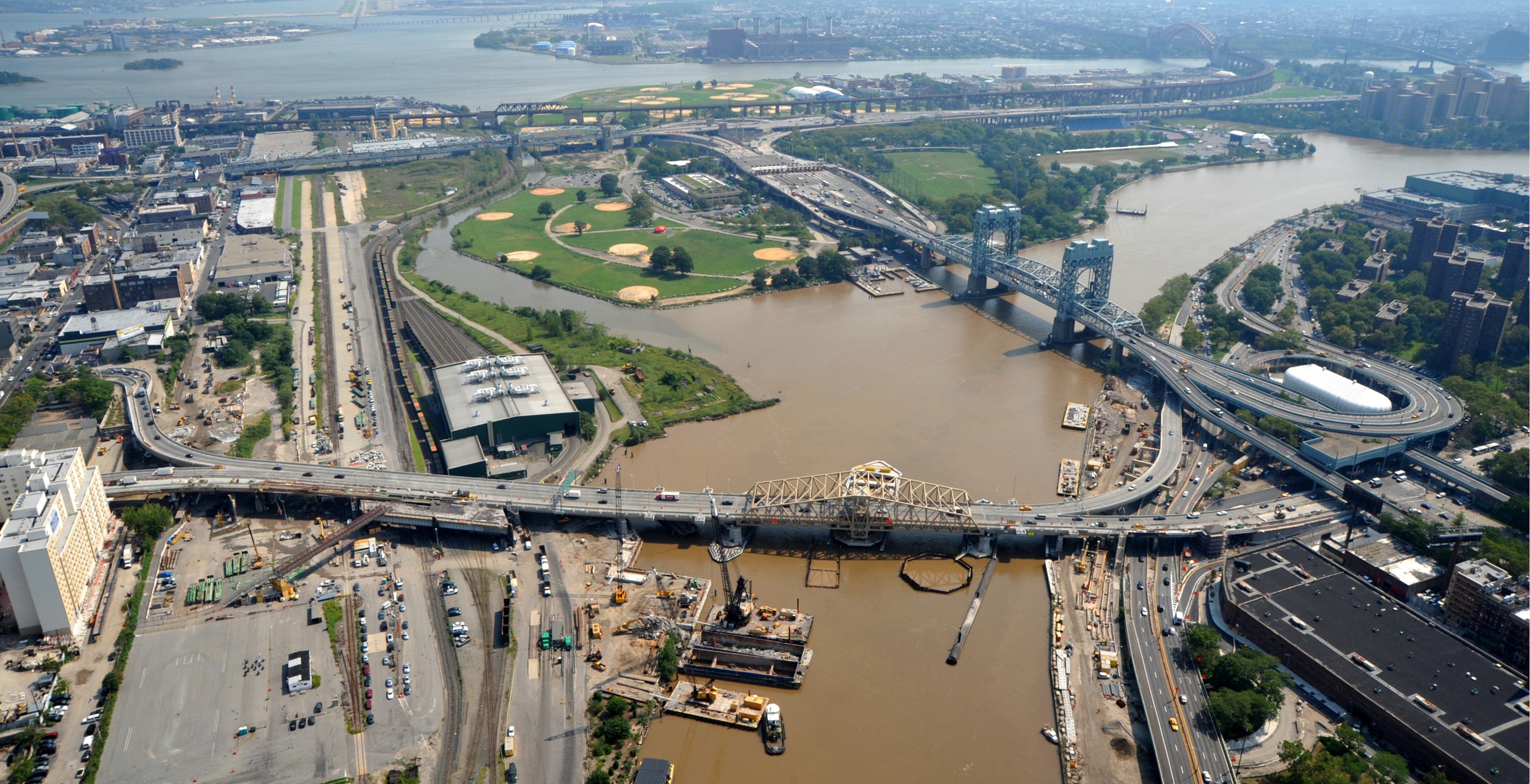 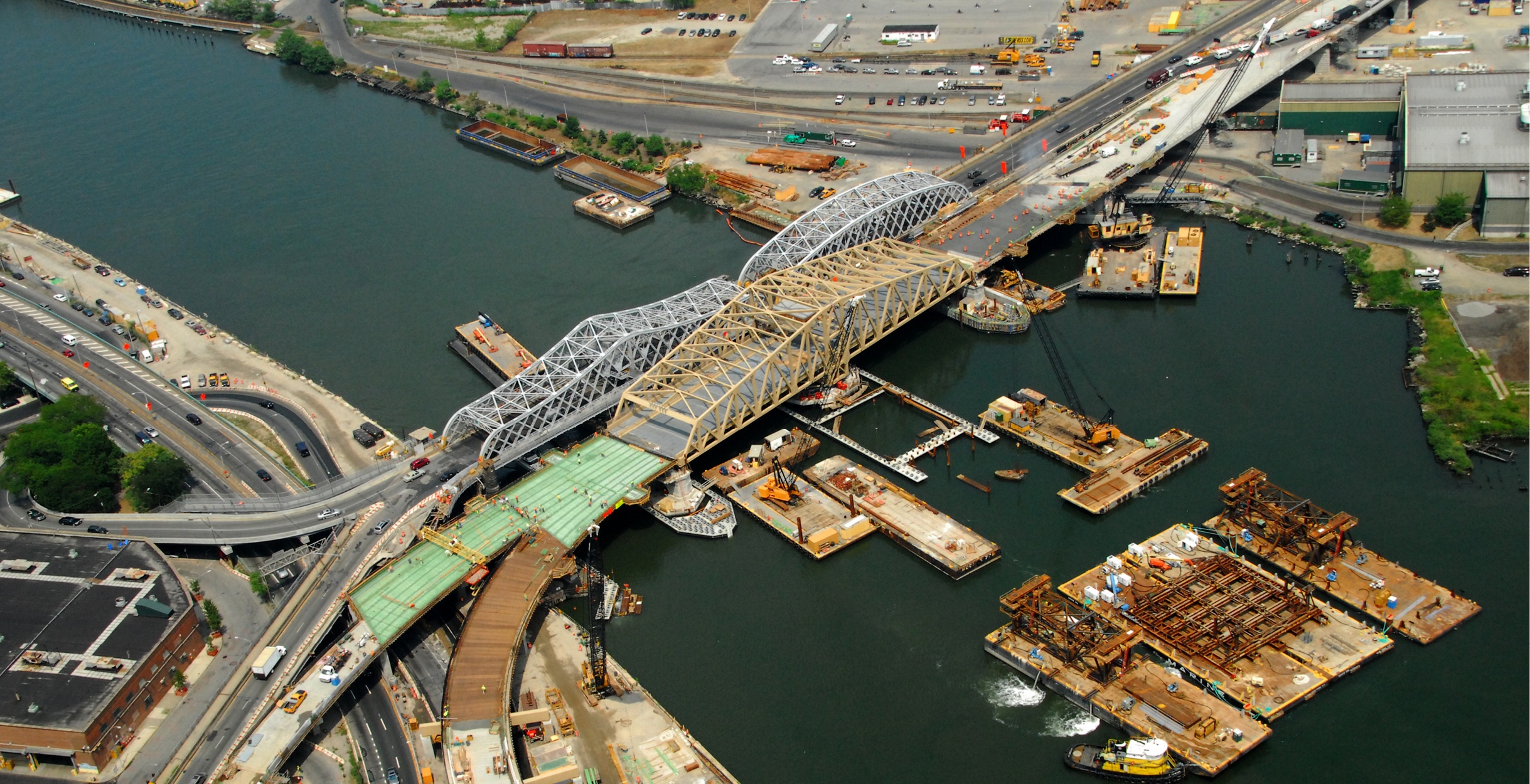 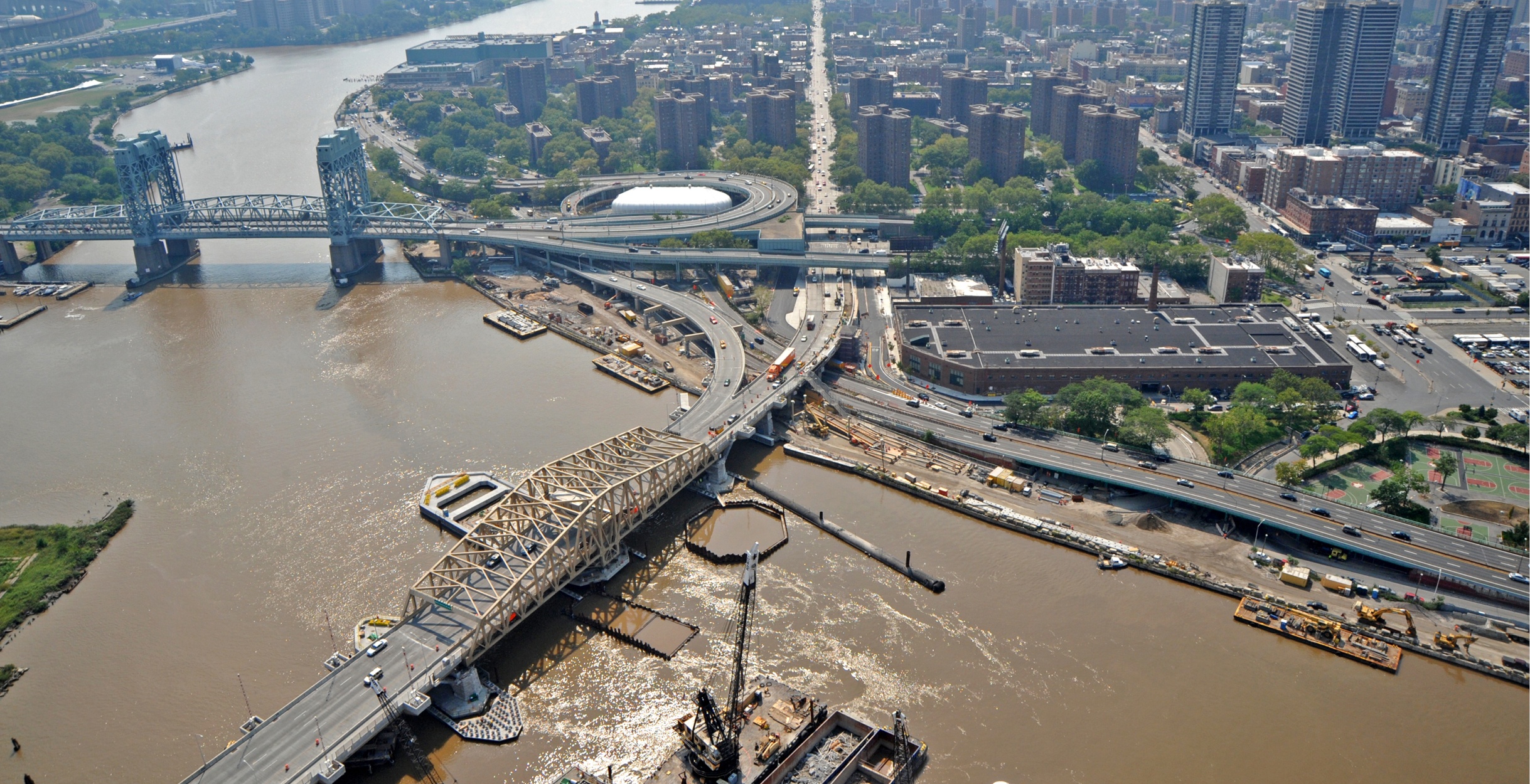 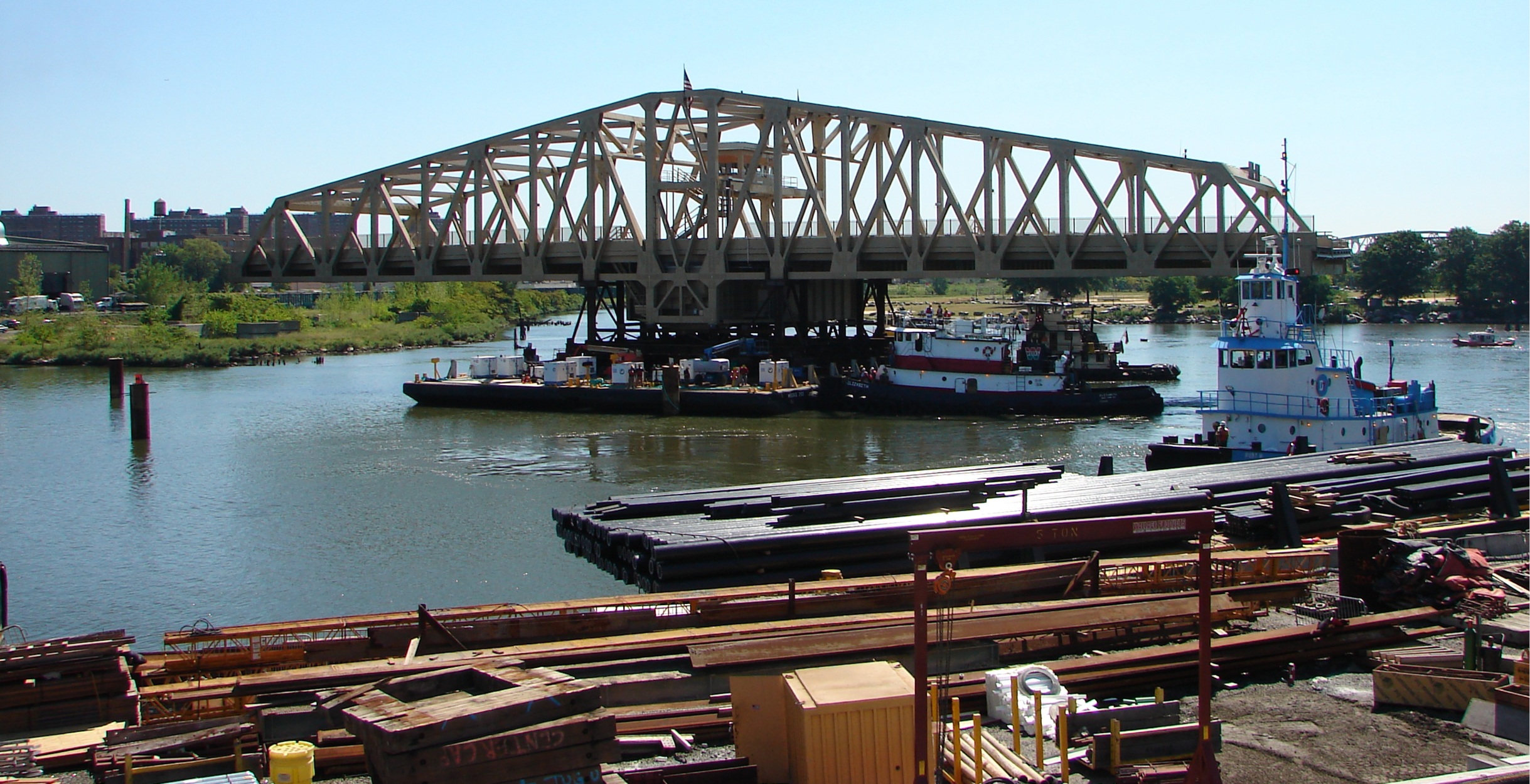 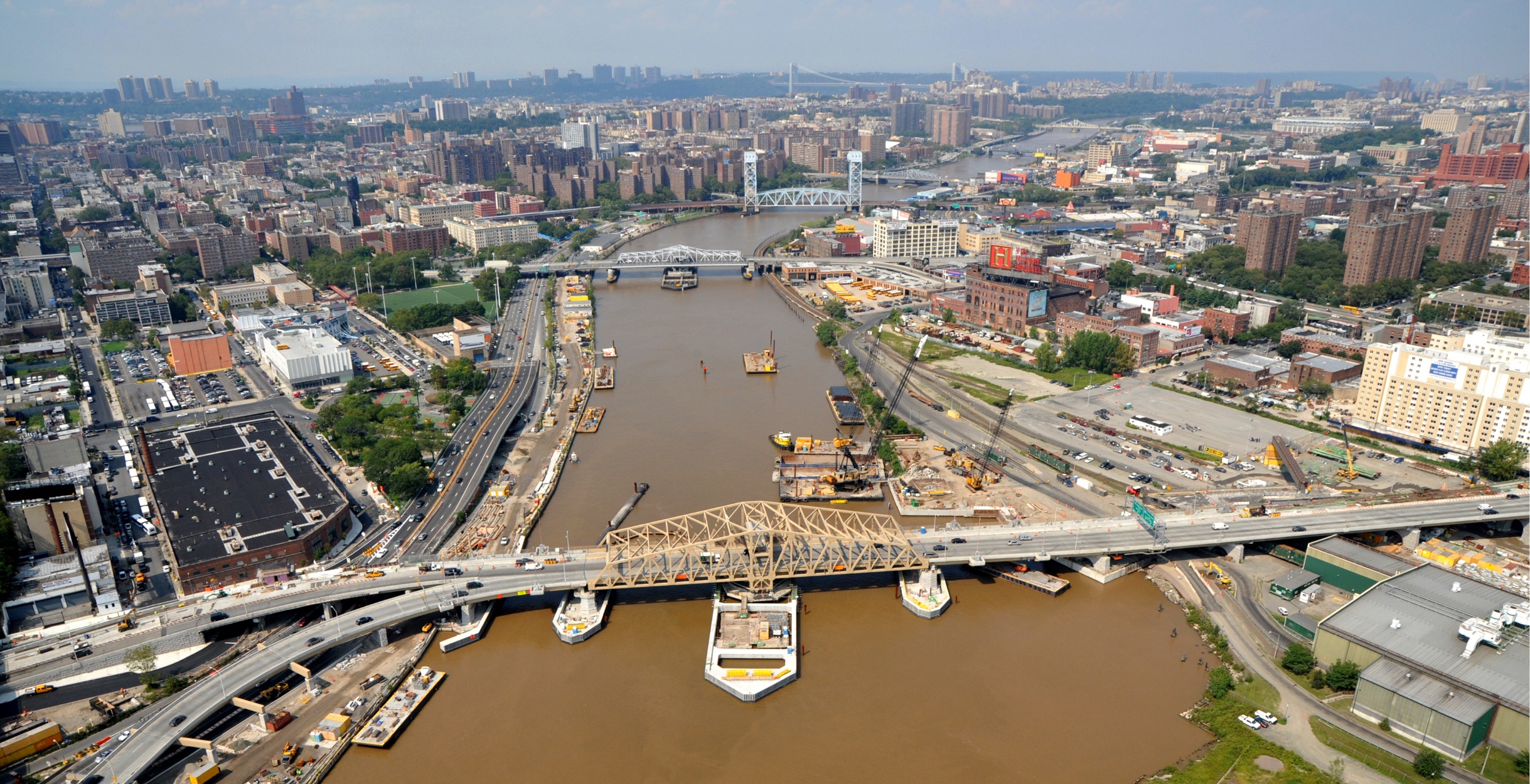 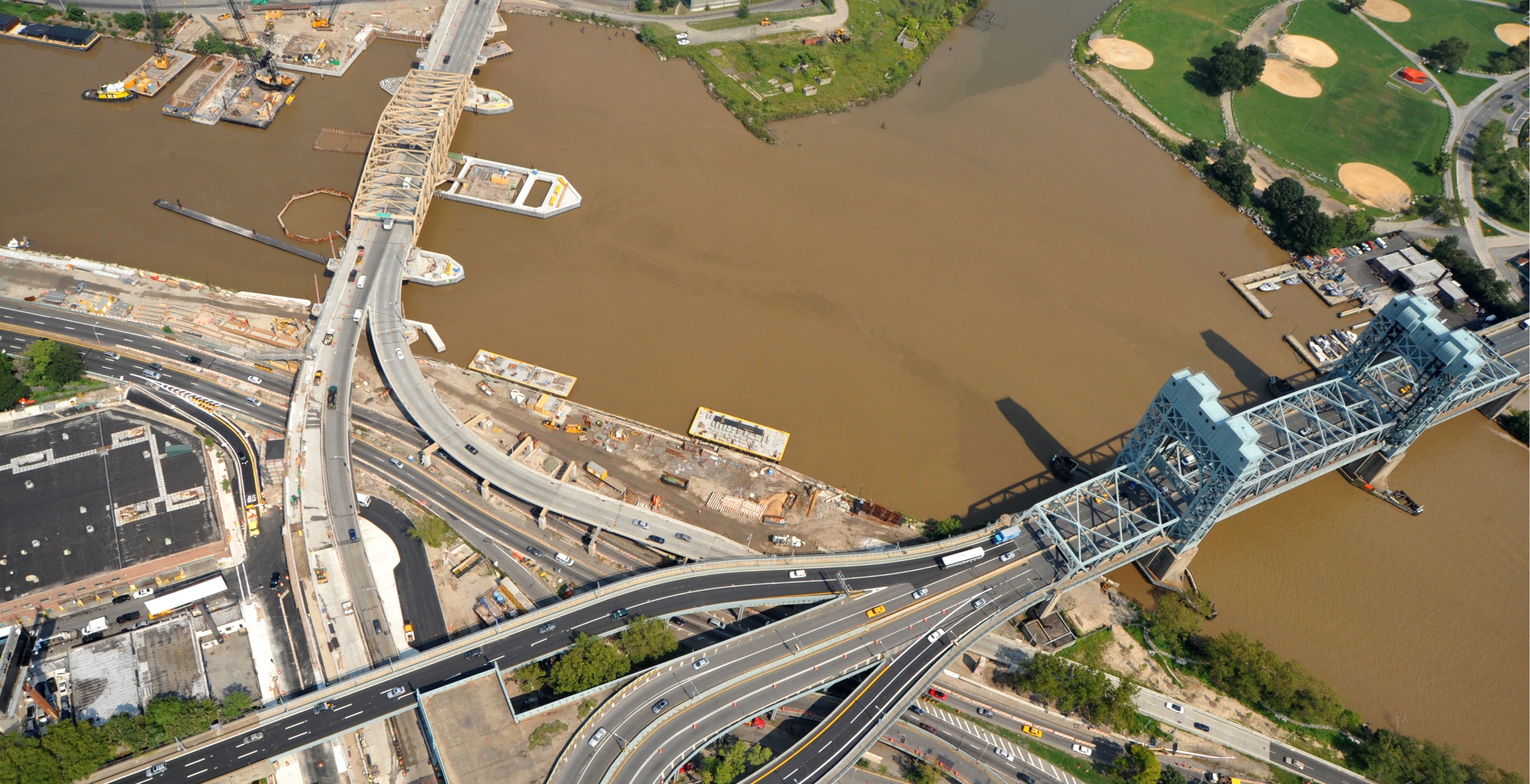 STV, in joint venture, provided resident engineering inspection services for the $640 million replacement of the Willis Avenue Movable Bridge over the Harlem River. The project included the replacement of swing- and fixed-spans over the river, two approach viaducts and new interchanges with I-87, the Major Deegan Expressway and Harlem River Drive.

The firm oversaw the construction of a new bikeway/walkway over the Major Deegan Expressway and full depth pavement reconstruction for a 50-year PCC pavement. STV also oversaw the construction of a multi-level series of complex ramps weaving through the existing Triborough Bridge ramps as well as the local streetscape. As part of this initiative, two barges carried a 2,400-ton Willis Avenue Bridge replacement movable span up the East River to its new site near East 124th Street in Harlem. The bridge replacement span passed under the Harlem River Lift Bridge and the Brooklyn Bridge on its journey.